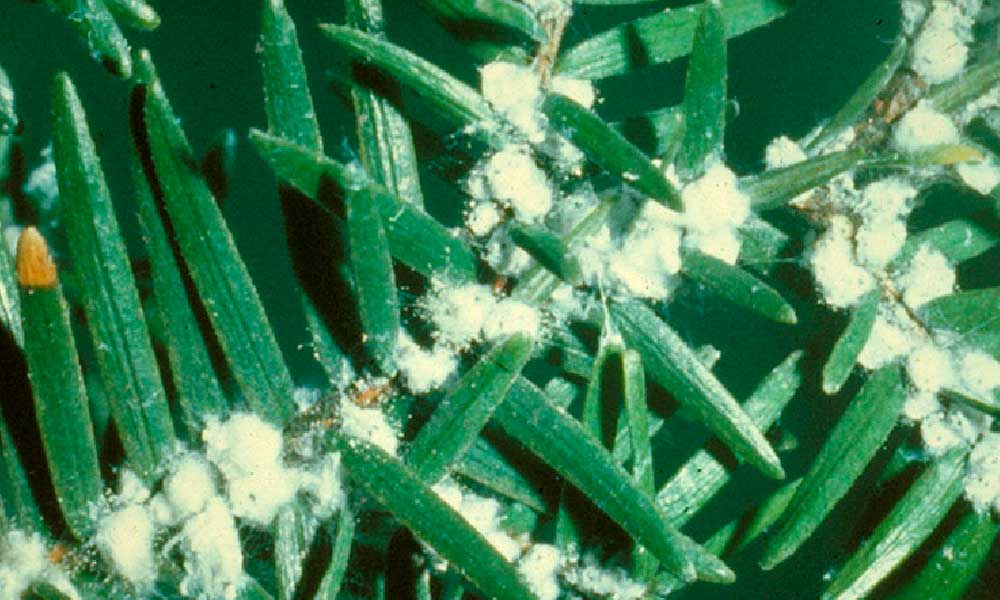 The Hemlock Woolly Adelgid (HWA), an invasive species from Asia, has infested much of the US East Coast hemlock forest from New Hampshire to Georgia, inhibiting tree growth throughout. HWA has also been found in Michigan, Nova Scotia, as well as other parts of Canada and it is believed to be expanding its range due to changes in climate.

Arborjet, a leader in plant health is helping to mitigate this pest by using a patented trunk injection method that seals insecticide inside the tree’s vascular system, placing nothing in the soil or into the air.

HWA is a tiny, piercing and sucking insect, unseen by the naked eye, that feeds on hemlock and spruce twigs sucking sap at the bases of the needles, depriving trees of nutrients. It feeds and reproduces during the colder months, going dormant in the summer. Generally, the best seasons for injection are fall and spring, when trees are transpiring.

Tree transpiration is the process by which moisture (aka water) is carried through the tree from the roots to small pores on the underside of leaves. About ten percent of the moisture in the atmosphere is released by trees and plants through this process of transpiration.

The earliest visible sign of HWA is the presence of white, cottony masses, usually located on the twigs and at the bases of the needles. Symptoms will progress to fading, thinning and dying limbs, which die off beginning at the base of the tree and moving upwards. Left untreated, the death of the tree is certain.

Research shows that trunk injections not only help save trees but are also far more cost-effective than removing and replacing mature trees.