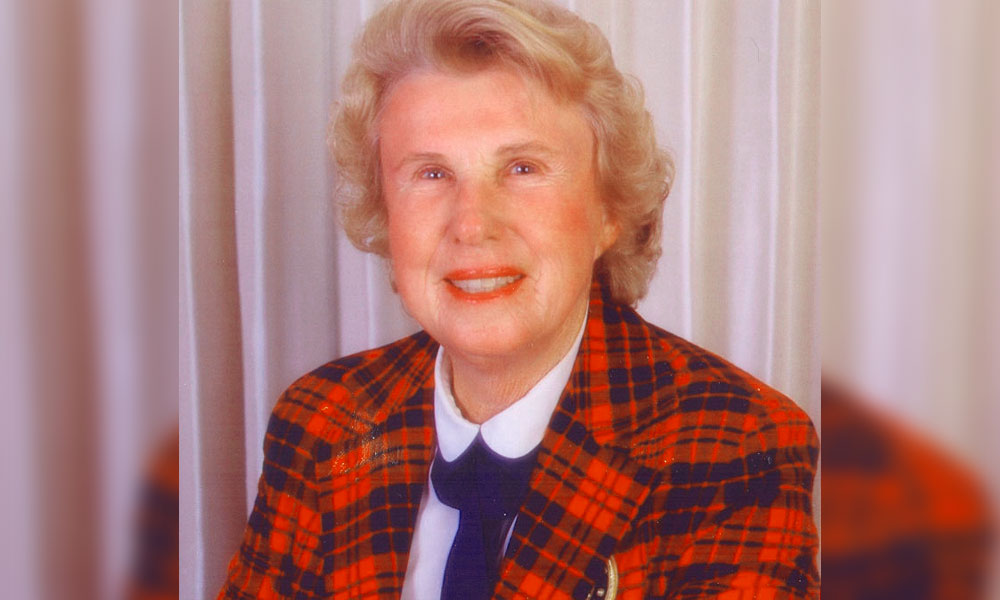 American Society of Golf Course Architects Past President Alice O’Neal Dye, ASGCA Fellow, has been chosen as the 2017 recipient of the Donald Ross Award. This award, given annually since 1976, is presented to a person who has made a significant contribution to the game of golf and the profession of golf course architecture.

The Ross Award will be presented to Dye in May at the 2017 ASGCA Annual Meeting in Jupiter, Florida.

“Alice Dye is a pioneer in our profession,” said President Greg Martin, ASGCA. “An outstanding golfer, Alice exhibited a great influence to develop courses that are true championship caliber. She and Pete Dye were a dynamic duo, a genuine partnership, in every sense of the phrase.

“Long before it was fashionable, Alice was an advocate for women’s golf, thoughtful forward tees and playability for varying skill levels. Her ‘Two Tee System for Women’ was devised to accommodate female players with differing skill sets. This may seem obvious to us today, but when she came up with the system decades ago it was ahead of its time,” he continued. “She is devoted to mentoring young designers, and is tireless in her service to ASGCA and the profession of golf course architecture. I know my fellow ASGCA members join me in acknowledging Alice as very deserving of this award.”

Alice O’Neal grew up in Indianapolis, Indiana, and brought her well-tuned golf game to Rollins College in Winter Park, Florida, where she was captain of her golf team. It was while she was a student at Rollins that she met Pete Dye; he enrolled at the college in 1946 after serving in the Parachute Infantry. She graduated in 1948, and the duo were married in 1950 and lived in Indianapolis.

According to a 2003 article by Ron Whitten (a fellow Donald Ross winner, in 1996) in Golf Digest, Pete Dye came home from work on a summer day in 1955 and said to Alice, “I’m tired of the insurance business. What I really want to do is build golf courses.” Pete, himself an elite amateur golfer, had been learning about golf course maintenance while chairman of the green committee at the Country Club of Indianapolis. Both Dyes gradually turned this interest into a profession, designing their first course, El Dorado, in Greenwood, Indiana, in 1959. Their commitment to golf course design was cemented after a tour of Scottish golf courses the Dyes undertook after Pete competed in the 1963 British Amateur. They brought home the ideas they were saw on the linklands of Scotland.

Alice Dye was one of the finest female amateurs in the country in the 1950s and 60s, winning nine Indiana Women’s Amateur titles, 11 Indianapolis City Championships, the 1968 North and South, and was a member of the victorious 1970 U.S. Curtis Cup team. She has won more than 50 amateur titles in all, including the USGA Senior Amateur Championships in 1978 and 1979.

Alice is well known for the creation of a forward tee system for female players. Her “Two Tee System for Women” diagram was published in the early 1970s. From Whitten’s Golf Digest article, “I initially presented the idea to the USGA and to the Women’s Western Golf Association. They were horrified. They said, ‘Fifty-two hundred yards? Fifty-four hundred yards? That’s not even a full golf course!’ I didn’t argue. We just went ahead and built the tees.”

Alice Dye has a strong portfolio of designs credited to her as solo work. However, she and Pete have been a design team from their Indiana start in the 1950s, and much of her work has been in collaboration with him. She is credited with the infamous island green at the TPC Sawgrass; significant input at Kiawah’s The Ocean Course and Whistling Straits in Kohler, Wisconsin; and the idea for the 13th hole design at Harbour Town Golf Links in Hilton Head Island.

A leader in golf administration, Alice Dye has served on the USGA Women’s Committee, the LPGD Advisory Council, the USGA Women’s Handicap Committee and as an independent director on the PGA Board. She has received numerous awards and honors, including induction into the Indiana Hall of Fame, The Heritage of Indianapolis Award, the Don Rossi Award for Lifetime Contributions to Golf, the Women’s Western Golf Association’s Woman of Distinction Award, the PGA of America’s 2004 First Lady of Golf Award and independent director on the PGA Board.

Her service to ASGCA and the profession of golf course architecture is extensive and influential. She served as the first female ASGCA President in 1997-98, setting an example as a hands-on volunteer leader during her tenure on the Executive Committee. And she and Pete over their decades in golf course architecture have mentored scores of architects, builders, superintendents and others in many capacities in the golf industry.

Alice lives in Indiana and Florida with her husband, Pete. They have two sons, Perry and P.B., who are also ASGCA members.