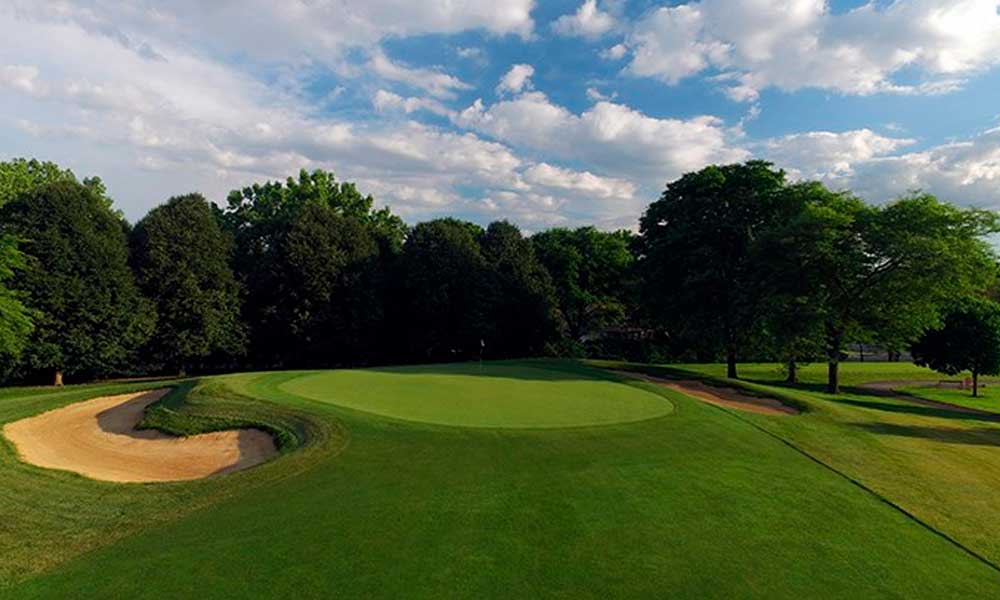 The fifth annual American Society of Golf Course Architects Design Excellence Recognition Program honorees have been named. Projects from 11 courses have been cited for their work with ASGCA members in addressing unique design challenges.

Since its creation, the Design Excellence Recognition Program has highlighted the innovation and problem-solving skills required of today’s golf course designs, from new 18-hole layouts to practice facilities and renovations of various sizes.

“Congratulations to these tremendous golf facilities, as well as the architects who provided their talent and expertise,” ASGCA vice president John Sanford said. “Once again this year, the projects highlighted by the Design Excellence Recognition Program show the positive impact a well-designed facility has for golfers and their community.”

Arlington Lakes Golf Club, Arlington Heights, Illinois/Mike Benkusky, ASGCA
This 37-year old public facility had many outdated original features, including aging greens and bunkers. Being a short, 5,400 yard, course the renovations focused on growing the game and encouraging beginner, junior, and family use that would appeal to the entire community.
The updated routing means the golf operations manager can now offer three- and six-hole rounds, along with nine and 18. A new set of tees allows the course to be played at 2,900 yards, including par 4s playing 130-180 yards. This means the three-hole option can be played in 30 minutes, leading to more enjoyment and encouraging players to return and continue learning the game.

Atlantic Dunes, The Sea Pines Resort, Hilton Head, South Carolina/Scot Sherman, ASGCA
The first course built on Hilton Head (The Ocean Course) was choked with trees, outdated infrastructure, marginal conditions and a layout that no longer fit its surroundings. A completely new course – Atlantic Dunes – was built in place of the old layout.

Three lakes were developed to capture storm water to be used for irrigation and to create fill material for this flat site. All mounding and bunkering was kept mellow, further allowing the entire site to be easily accessed by all golfers.

The project was completed after 20 years of rigorous planning, environmental study and construction. Bisected by a regional road, the golf course features seven holes on the west section of land and 11 holes on the east portion, providing each of 75 homes in a single cul-de-sac with a direct view of the golf course. The design combines the use of treated effluent and storm water runoff from the residential development into a series of ponds, where it is recycled for irrigation purposes.

Los Robles Greens Golf Course, Thousand Oaks, California/Jason Straka, ASGCA and Dana Fry, ASGCA
The city was determined to create a golf course that was mutually profitable and environmentally beneficial. With an ongoing historic drought and bans placed on select pesticides and native tree removal, the design team was charged with providing a playable, fun and visually stimulating course, using the least amount of water. The end result is a facility that removed 30 acres of turf and naturalized 40 acres with 55,000-plus native and adapted drought and pest-resistant plants, which provided a drastic reduction in water, fertilizer, pesticide and fossil fuel use, exceeding the city’s original goals.

Mountain Shadows Resort Short Course, Paradise Valley, Arizona/Forrest Richardson, ASGCA
As one of the first ever “executive courses” (opened in 1961 on 40 acres), the task at hand was to get plans approved that would preserve the charm originally created by Arthur Jack Snyder, ASGCA, while rebuilding the course to allow for a new resort and residential development. After 10 years of public hearings and meetings with community leaders, a win-win redevelopment plan was adopted. The course would include 18 par-3 holes, ushering in a new generation of fun and challenging golf. The acreage for golf was reduced by 25 percent and managed turfgrass went from 33 acres to just 13.5 acres in total.

Designers worked to understand the velocity, volume, frequency and duration of flood events, then began a backward-planning design on flood containment detention and programmed release. The new short game center includes five half-size greens, along with a two-acre bentgrass practice fairway surrounded by bluegrass rough which is punctuated by bunkers, including a 10,000-square foot centerpiece bunker.

University of Southern Mississippi Short Game Facility, Hattiesburg, Mississippi/Nathan Crace, ASGCA Associate
In order to create a short game facility at Hattiesburg Country Club for the men’s and women’s golf teams at the University of Southern Mississippi, the challenge was squeezing a large short game green complex and separate practice putting green into 3.5 acres adjacent to the driving range without negatively impacting the wetlands transecting the property.

The solution was to design a long short game green near the middle of the property with fairways on both ends. The lower fairway and fairway bunker allows players to play shots into the green from up to 110 yards. A second fairway in the opposite direction gives players the option to play from different angles, distances and elevations. During the project, the existing low-quality wetland area was improved and now serves as a natural filter for runoff.

Wilmette Golf Club, Wilmette, Illinois/Greg Martin, ASGCA
Built in 1922, Wilmette (Illinois) Golf Club had a variety of improvements from numerous influences in varying decades. The golf course was subjected to frequent flooding because of poor surface and sub-surface drainage and its proximity to the North Branch of the Chicago River. Drainage improvements, strategic and playability enhancements and modernization of features were key to updating this highly utilized course.

The solution was creation and execution of a master plan providing wider playing corridors with tougher green settings. At the same time, maintenance was simplified, and more sustainable development options resulted in a golf course that was more resilient after rain events. Thirteen new greens and tees for 12 holes were developed, as was a plan to expand storm-water management while reducing flood impacts to golf specific areas.