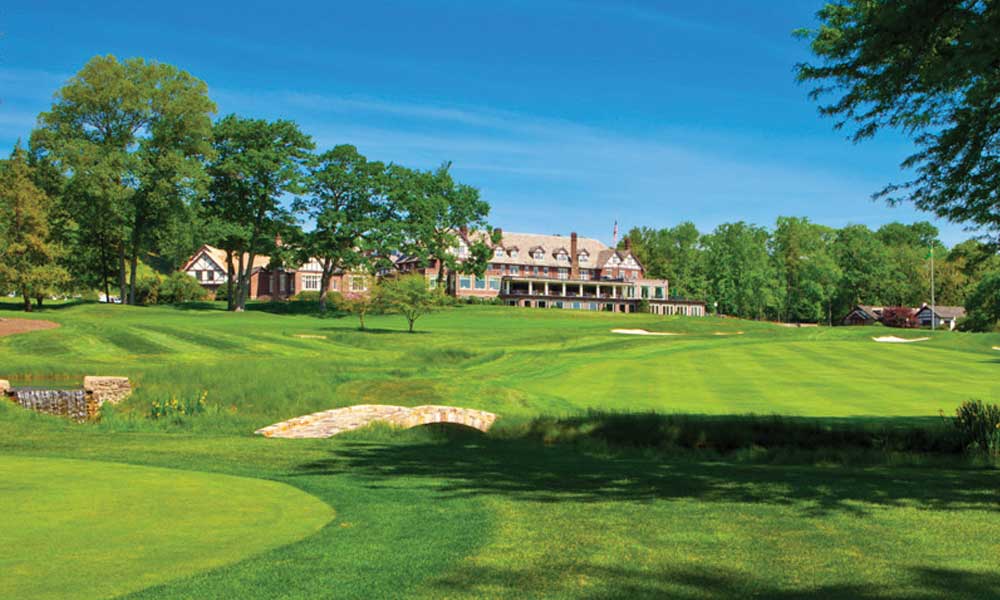 This will be Mark Kuhns’ fifth major championship as a head superintendent. Kuhns has already been point man for the 1989 U.S. Senior Open at Laurel Valley Golf Club, the 1992 U.S. Women’s Open and 1994 U.S. Open at Oakmont, and the 2000 U.S. Amateur at Baltusrol. Pretty good for a guy who started as a 10-year-old shagging balls by hand at the driving range at Laurel Valley. We caught up with him as he and his team bring Baltusrol to the starting line for the 98th PGA Championship this July.

GCT: How did you rise from your first job in the industry to become the head superintendent for five major championships?

MK: My brother Terry and I shared a bedroom even though he was 20 and I was 10. He was serving his apprenticeship at Laurel Valley back then, and one morning he shook me awake and said, “We don’t have a range boy, you have to shag balls.” That was my first job, and I’ve been on a golf course ever since.

One day on the range, Art Czarnecki was patching divots. He showed me the sand and seed mixture and told me, “I put this in the ground and it turns green. I was like “Cool!” So I spent every day for the next two weeks observing the process, watching the turf chage over time.

GCT: You really just sat and watch grass grow? As a kid?

MK: Every day! I was so enthralled, I bought grass seeds for our lawn. I planted them and nurtured them, and when they germinated, the lawn was green and smooth. From that day on the lawn was mine; no one else could touch it. I learned how to water it, fertilize it, and tend it all on my own.

So then I went to Penn State to study agronomy and horticulture. While I was there, as a junior, I learned an important life esson: yes you have to know you’re science, but you also need to build relationships. My Dad had a friend named Ron Roy who desperately needed help with his lawn. He said, “Your Dad says you study this stuff. Can you look at my lawn? It’s in bad shape.” S I did a master plan with the whole works: landscape lightning walkways, etc.

He was s happy, he gave me my first job after college – at Ligonier, in my home town. It was what I wanted to do, and it’s been what I’ve been doing the last 40 years.”

GCT: It’s five different majors for you actually, a slam of sorts: a Women’s Open, a Senior Open, a U.S. Open, a U.S. Amateur, and now a PGA Championship. How are they different to prepare for a big tournament?

MK: For the seniors, they don’t want it to be overly long, and they want the players to score. Yes they want it challenging, but they want balance.

The biggest challenge of all the events at host courses I’ve worked at came in the 1992 Women’s Open at Oakmont. It rained seven inches the week before, and another seven inches from Thursday to Sunday. It was tough to mow – we had rough that would have been tough for the Men’s Open because we couldn’t cut it. One day we had to rake 168 bunkers three times in one day because of washouts!

Of course we had an 18 hole playoff.

Still, we had great crew and volunteers and even after another 1-1/2 inches of rain, we had the playoff and had the course open the next day for member play.

GCT: What was the impetus for Baltusrol to search for a new super in 1999?

MK: They had a tough year, a stressful year. In fact, everywhere in the northeast had severe heat, severe drought, and had water restrictions on courses.

Now the person before me at Baltusrol had been there 36 years and was renowned as one of the best in the business. But a perfect storm hit – the greens and fairways had heat stress, and even though corrective measures were taken, other things happened too, like diseases and insects. There was turf loss on each of the 36 greens, as much as between 20%-80% on almost every green.

At the same time, the former super decided to hang it up, and he retired with nice fanfare and great acclaim from everyone. It was tough to fill that man’s shoes.

GCT: What did you have to focus on the most when [prepring for this year’s PGA Championship?

MK: We focused on not deviating from what we normally do to maintain the conditions we play in on a daily basis. We’re never really that far off from what they want to contest a major during our normal member play. Even Kerry Haigh [PGA Championship Tournament Director] said it back in 2003 – “We could play the PGA here tomorrow.” That’s the highest compliment you can get.

GCT: What challenges do you face this time that are different from 2005?

MK: We have two golf courses here, and they have built an entire city on the Upper course. So the biggest challenge is that on Sunday night, I have to get it back to normal for the members as fast as possible. We did it well in ‘05, but now we have an even better plan. When those tents come down we will try to make it green as fast as possible. This time we have two more weeks of growing season because of the Olympics.

GCT: What tools do you have now that you didn’t have then?

MK: We have drainage in all the bunkers now, and they are in great shape and drain well,. We have a better irrigation system, we upgraded our Toro irrigation system, and that’s a huge plus. It really gives us pinpoint control over the entire property. We even have misters for the bunker faces. The precision control that we have makes it so much easier to maintain, and the courses look and play their best.

GCT: I know you’re from Western PA, so I take it you’re a Pittsburgh Penguins fan and that you’ve been following the Stanley Cup Finals?