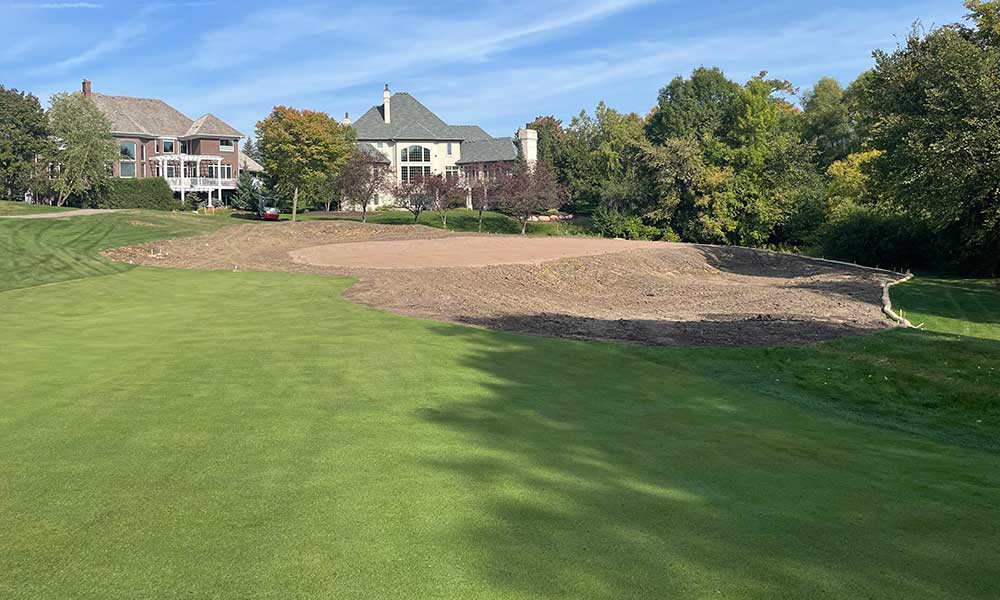 It was a visit from the Golden Bear himself that prompted Bearpath’s multi-year Master Plan development and impending rollout. Jack noted the erosion caused by Riley Creek and several other renovation projects that current technology and the right construction team could easily and adeptly tackle and improve. Jack expressed personal affection for his lone Minnesota design and desire to see it reach its modernized potential.

The Bearpath ownership and management group was listening carefully and, over the past two years, has worked diligently together with the Riley Purgatory Bluff Creek Watershed District to prepare for improvements, specifically on holes 12, 13, and 16 as an overall joint project. The renovation provided the opportunity for the watershed district to also join in on stream improvements while the golf course was undergoing construction. Nicklaus Design’s lead architect for the project, Chris Cochran, then pointed out several other improvements he wanted to be made, including bunker renovations, cart path replacements, and green re-grassing and resizing.

Bearpath leadership responded quickly and deliberately, bringing in Duininck Golf and BARR Engineering for the multi-year project currently underway. Bearpath’s PGA Head Golf Professional, Kevin Cashman, said, “We’ve worked with many of the top golf course construction companies in the country, and it was important that we partner with a contractor who could respect and execute our golf course master plan to the highest of standards. We were confident Duininck Golf was the right choice.”

Duininck Golf, for its part, is thrilled to be involved in yet another prestigious Twin Cities golf renovation, and even more excited to work with and learn from BARR engineering on this project. Brad Lindaman is the Senior Water Resources Engineer at BARR engineering and represents Bearpath in their work with the Riley Purgatory Bluff Creek Watershed District. “I have over 30 years of experience in watershed organization management,” Brad says, “and I’m intent on making sure there’s mutual benefit in this project, to both the watershed district and Bearpath Golf & Country Club. Ultimately I want to make sure that the golf course’s existence and evolution are sustainable long term.” The extensive engineering work, Nicklaus Golf renovations, and Duininck Golf construction expertise will make sure Bearpath’s magnificent course is improved in functionality, scenery, and entertainment value.

“I love Bearpath Golf & Country Club,” Duininck Golf’s General Manager, Judd Duininck, says.
“Bearpath is a great property and facility. I have been there many times over the years. It has been fun to see the improvements to the facility over the years and greatly appreciate being a part of making it a better place for everyone in the long term.”

Duininck Golf is part of the Duininck Companies established in 1926 and based in Prinsburg, MN.  A member of the Golf Course Builders Association of America (GCBAA), Duininck Golf has completed the new course, renovation, and irrigation installation projects throughout the United States working alongside many well-known golf course architects, many of who are members of the American Society of Golf Course Architects (ASGCA).  With offices in Minnesota, Texas, and Georgia, Duininck Golf has the resources and regional expertise to provide uncompromised service and attention to detail to its clients