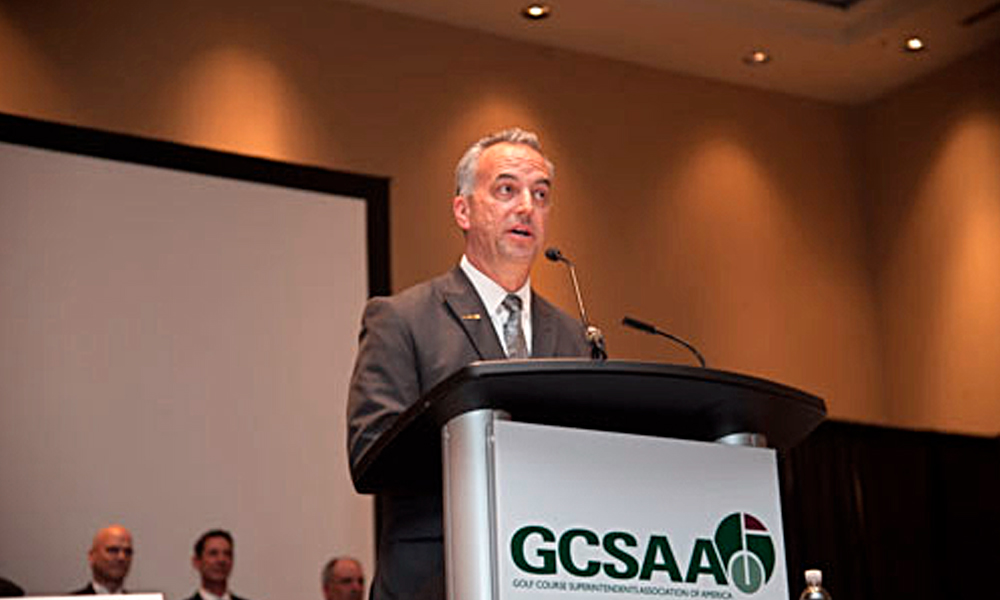 Maynard is the director of golf course maintenance operations at St. Albans (Mo.) Country Club, where he has worked since 2013. He addressed the assembly on the importance of sparking involvement in the association among GCSAA members of all classifications, both at a local and national level. “This association needs us to need each other,” Maynard said of fellow golf industry professionals, adding that the person one encourages to become an active participant in association matters may someday end up at the helm of the whole operation. That was the case for Maynard himself, who was spurred into service by those who mentored him early in his career.

Continuing to serve the second year of his two-year term is Kevin P. Breen, CGCS, superintendent at La Rinconada Country Club in Los Gatos, Calif. GCSAA 2016 President Pete Grass, CGCS, director of golf course management at Preakness Hills Country Club in Wayne, N.J., will continue on the board as immediate past president.

Earlier in the meeting, members passed a proposed increase in dues — from $375 per year to $380 for Class A and B members, and from $190 per year to $195 for Class C members — as well as a change to the bylaws that removed the reference to “golf industry” from the definition of an equipment manager.