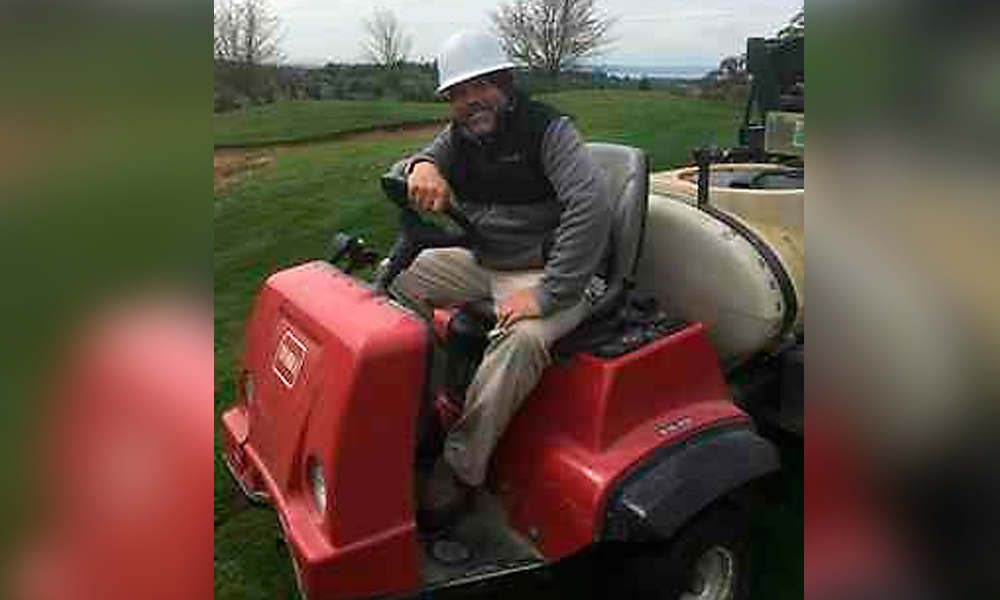 Brandon Coulter knew he was facing numerous challenges when he was hired as the new superintendent at Blue Rock Springs Golf Course.

The 43-year-old married father of two had never really shied away from any obstacles he faced during his career as a golf course superintendent at Hidden Valley Lake Golf & Country Club near Middletown where he worked since 1998.

He took the job at Blue Rock in August of 2014 knowing full well of what he faced, but with the firm commitment to transform the 36-hole public facility into one of Solano County’s and the Bay Area’s top places to play.

“After seeing the beauty of the property here and the ample amount of opportunity for improvements, I was inspired to get Blue Rock in the best shape and condition possible,” Coulter wrote in the January edition of the 19th Hole, the Vallejo Golf Club’s newsletter.

“We’re really tying to make Blue Rock the best it can be. We’re trying to increase our rounds, working hard on the greens and I have a list of more than 200 individual goals yet for each course.”

The improvements initiated by Coulter and maintenance crew have been nothing short of amazing. Even during the wet winter of 2016-17, Coulter has kept the course playable and the greens in superb condition. His tireless work ethic hasn’t gone unnoticed by those who work and play at Blue Rock Springs.

President of the Vallejo Golf Club Board of Directors Ralph Caggiano said Coulter has made great strides at Blue Rock Springs.

“He has motivated his staff to make the most dramatic improvements in course conditioning while on an extremely tight budget. We are very fortunate to have him leading our maintenance staff.”

Vallejo’s Ed Dempsey has been a club member at Blue Rock since the early 1980s. He’s seen plenty of changes over the years. But recent changes are being noticed.

“Brandon is the best golf course superintendent we’ve ever had,” Dempsey said.

Coulter is responsible for overseeing maintenance and managing 15 full time employees on the 250-acre site that sits just off Columbus Parkway in east Vallejo. The East and West courses each have a crew of seven. A mechanic keeps all the machinery running effectively.

“I’m really proud of what we’ve accomplished so far,” Coulter says. “It’s really a team effort. Our guys have done a fantastic job. We have some challenges here, there’s a budget, we have the city, water is a big thing. But I like where we are at this point.”

The original 18-hole layout at Blue Rock was established in the early 1940s. Today, the East course (built in the early 1990’s) is more wide open and the West course is more tree-lined. Coulter says each side has its own character. Blue Rock averages more than 70,000 rounds annually.

Coulter and his crew have eliminated several bunkers on the East side and have leveled off several troublesome tee areas on both golf courses. The facility also features a 28-stall driving range, restaurant and banquet room.

“We had about the same operating budget from where I came (Hidden Valley),” Coulter said. “And it’s no easy task managing two golf courses with the same money. Coulter drives 72 miles one way to work at Blue Rock Springs.

“We’re trying to increase our rounds and get both courses into tip-top shape,” Coulter said.

Most regulars have recognized the changes in the past few years. The greens are more consistent and the courses have been more effective dealing with the rains and the past winter.

Longtime Vallejo Golf Club board of director Dennis Yen said Coulter has done some amazing work, implementing plans from his predecessor while introducing his own set of changes in guiding the maintenance department.

“I really like the job he’s done around here,” Yen said. “He’s done some amazing work on the greens. He’s brought up the fairways. I think we have two of the top golf courses around. He has really executed his game plan.”

“I just needed to do something different,” Coulter said of his offer to come to Blue Rock Springs. “When I first came here, the greens were in bad shape. Today, I can happily say there are no diseases this year.

“Now, if we can get people to repair their ball marks,” Coulter joked.

Coulter holds a Class A license for golf course superintendents and enjoys relationships with several other national superintendents associations. He attended Yuba College and achieved a certificate of completion from the Turfgrass Management Institute, an extension course offered through the University of California at Riverside.

He grew up in Hidden Valley and learned the game of golf from his father. He was the top golfer on his high school team and currently plays to a single-digit handicap.

“It really helps to know something about the game,” Coulter said. “When I first heard about Blue Rock, I really didn’t know much about it. I really liked playing competitive golf, but now I’d have to say I’d rather be working on one and seeing the results.”

Blue Rock’s PGA Golf Professional Jim Hosley has also been one to take notice to the changes, both subtle and dramatic that Coulter has implemented.

“Since Brandon’s arrival the improvement in the overall condition of the golf courses have improved 100 percent,” according to Hosley. “The playability of the fairways, tees and greens has never been better. He and his crew have worked tirelessly to make Blue Rock Spring one of the best maintained golf courses in the Bay Area.”