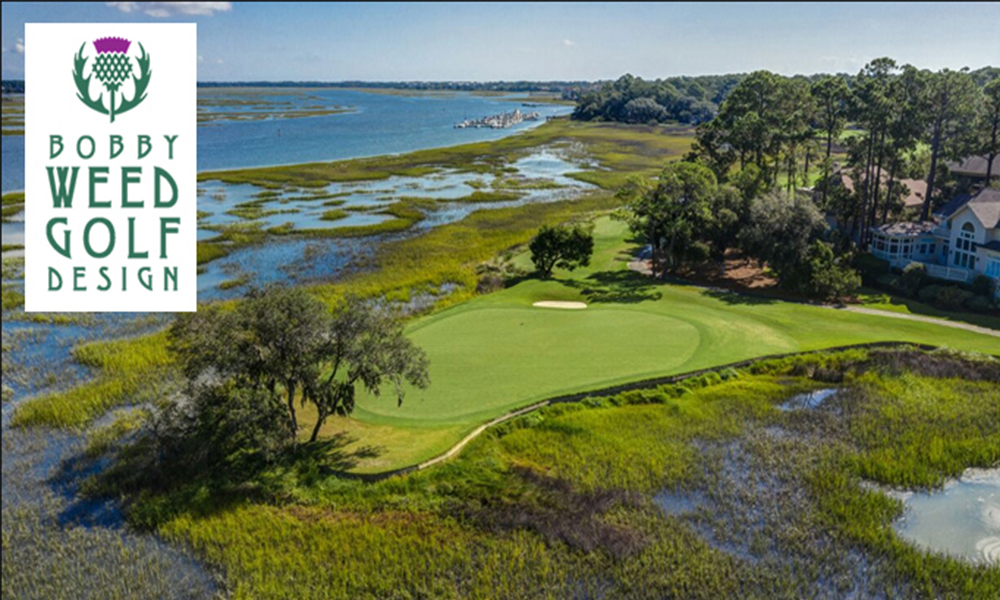 Bobby Weed Golf Design (www.BobbyWeed.com) announces that its renovation of the golf course at Long Cove Club, in Hilton Head Island, S.C., is now complete. The course was designed by Pete Dye in 1981.

This project was especially significant to Bobby Weed Golf Design.

“Long Cove was my first assignment with Pete and the genesis of Bobby Weed Golf Design,” Weed said. “After having met him at Amelia Island Plantation in the mid-seventies, Long Cove was the beginning of my career in design and construction and of my nearly forty years’ relationship with Pete.

“To be back at Long Cove was very special for Bobby Weed Golf Design and to me personally.”

The scope of the project was specific and sensitive, preparing the course for the next several decades of its life. It included:

“For me,” Weed said, “returning to Long Cove conjured up fond memories of insane hours of construction, working alongside Pete Dye every day and fashioning a course out of the Lowcountry with a passionate team of golf junkies. And doing all of this while covered in sunscreen, no-see-ums and chiggers!”

Weed affirmed that the original construction crew of the Long Cove golf course is rightfully touted as one of the most eccentric and legendary in the modern era. Weed and Dye assembled a crew of college graduates, interns and low-handicap golfers for the project. Many Long Cove alumni later embarked on their own careers in the golf design business, including Weed, Tom Doak, PB Dye, Scott Pool and Ron Farris.

About Bobby Weed Golf Design
Acclaimed golf course designer Bobby Weed specializes in design, renovation and repurposing. His work features a balance of visual appeal, sustainability and playability, all informed by an environmentally-sensitive aesthetic and an exceptional hands-on, holistic approach.

Weed began his professional career with an extended apprenticeship with Pete Dye, launching a collaboration of over 35 years’ duration and a lifelong friendship. Hired in 1983 by the PGA Tour as the Golf Course Superintendent at TPC Sawgrass, Weed went on to become the Tour’s in-house designer from 1987-1996. He was responsible for the design of many of today’s best-known TPC venues, which continue as host sites for prominent Tour events.

In 1994, Weed’s career reached an apex with the formation of his own design firm, where he continues to “handcraft” golf courses.

Chris Monti, senior design associate at Bobby Weed Golf Design, has been with the firm for over 20 years, working seamlessly with Weed in total involvement in every aspect of the design and execution process. Monti holds a B.S. in Landscape Architecture from Cornell University, and spent a year studying the design of historic courses in the British Isles.

Today, Bobby Weed Golf Design has amassed an impressive list of new and renovated courses that consistently are ranked at the top of their respective categories, including The Olde Farm Golf Club, Spanish Oaks Golf Club, The Golf Course at Glen Mills, Medalist Golf Club and Timuquana Country Club.