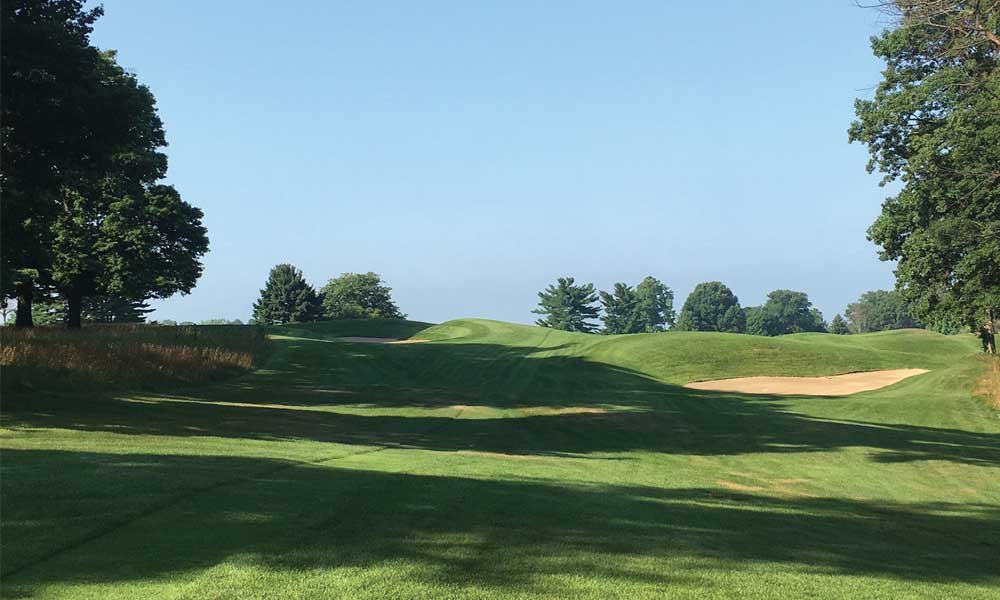 High on a hill overlooking mighty Lake Maxincuckee, Indiana’s prestigious Culver Academies are among the finest boarding and military academies in the country. Originally founded in 1894 as Culver Military Academy and coeducational since 1971, the school’s famous alumni include various aviation pioneers, captains of industry, politicians, both George and Hal Steinbrenner of the New York Yankees, and the Crown Prince of Yugoslavia.

Their golf pedigree is equally illustrious. In 1922, the school brought the duo of William Langford and Theodore Moreau to Culver to begin what was proposed to be a 27-hole project tied to an inn. And although the Great Depression halted any further construction, that may have worked to the Academies’ advantage as no less a personage than Ran Morrissett recently called Culver the best 9-hole course in North America. But it was an earlier criticism of the course by Morrissett that may have triggered Culver’s remarkable rise in stature.

Landford and Moreau were the Midwest’s proper rejoinder to the great architectural triumvirate of Charles Blair Macdonald, Seth Raynor, and Charles “Steamshovel” Banks, with whom they were contemporaries, as well as disciples. In golf architecture circles these were the poets from whom we drew the literature of the age. The tandem designed almost exclusively in the Midwest, over 200 courses in all, and like all great Golden Age architects, their mastery of strategic principles was the sturdy backbone of their design philosophy, while deep bunkers – especially fairway bunkers diagonally set and with gull-wing shapes and towering faces – and boldly curvaceous greens were the arrows most often and effectively used in their strategic quiver. They also liked diamond-shaped greens, which test both accuracy and distance control.

“Langford and Moreau came to Culver and designed nine holes – three par-5s, three par-3s, and three par-4s,” explained golf architect Bobby Weed, who had the great privilege of restoring Langford and Moreau’s work at Culver in 2014. “We think that the holes they designed weren’t originally intended to be a stand-alone nine, however; they thought they were going to be designing more boles at some time in the future, so they just built the strongest nine holes they could on the best parts of the property.”

As a result of this happenstance, Culver features an irregular, but beguiling and wildly popular routing: 5-3-3-4-5-4-4-3-5. Everyone loves extra par-3s, especially amateur golfers, and with Culver’s par-5s being on the shorter side – par 4.5s so to speak – golfers feel like they have a fighting chance for birdie on longer holes. They also get three chances at birdie instead of two, including one at the home hole, always an exhilarating way to finish.

“Half-par holes are more enjoyable because they give you so many options. That means more swing of fortune from shot to shot and, therefore, more excitement,” Weed stated firmly. “And there are numerous ways to play nearly every hole at Culver.”

But the road to Morrissett’s gilded-edged accolade was tumultuous, though a story typical of Golden Age courses around the country post-WWII. A golf course is a living entity, always evolving, and without a commitment to maintaining it will decay. Just as the crawling fingers of clutching vines will claim lost civilizations for the jungle, so too will meandering mowing patterns, shrinking greens, and vanishing bunkers erode even the best strategic architecture. Such was the story of Culver from World War II to 2006; the course deteriorated. Greens were mowed at half their original size, fairway mowing patterns narrowed the fairways, and bunkers completely vanished. With just a two-man maintenance crew and no irrigation, the course was a lighter shade of itself for many decades.

So it was when Morrissett found it in ’06. Instantly he recognized the formidable bones of the course: it’s routing, wide playing corridors, phenomenal green contours, and cavernous bunkers. Morrissett praised it in his first article about the course published that year, but then he summed up Culver’s conditioning and maintenance issues with some well-chosen words of criticism, words that changed not only the course o history for Culver but all 9-hole courses in America.

“How were we expected to love the course if the school didn’t?”

When Morrissett speaks, people listen, and one person keenly interested was Jim Henderson, chairman emeritus of the Culver Board of Trustees and a loyal alumnus of the school. He grew up playing Culver (his father was both the Chaplain and the Dean of Admissions for 61 years) and had the course’s best interests at heart, so he was willing to listen and learn.

“Ran played an enormous role in our decision to go forward and restore the course. It was a careful, well-written piece about how great the course’s potential was,” Henderson recalled gratefully. “What struck me the most was that I had no idea how great the course’s architectural pedigree was, but Ran saw it even with the maintenance issues. And his article subtly implied that Culver owed it to the golf community to do something about that.”

That’s exactly what they did. Culver now is required reading for anyone studying Golden Age golf architecture and Langford and Moreau in particular. Except for a few back and forward tees and a new irrigations system, this was a faithful restoration, combining minimalist attitudes towards agronomy with the addition of a layer of “sand, sand, and more sand” all over the golf course, especially the greens, suddenly it was as though the clock had been turned back 100 years.

“I didn’t succumb to all the modern-day fads of new grasses,” Weed stated, recalling the ”I recognized that grasses that had been there since they were planted – German, bent, fescue, and all the rest – had sustained themselves through periods of austere or even zero conditioning. We knew they would thrive. Keeping those grasses instead of introducing new strains also kept the original character of the course intact.”

The other critical piece was the addition of a full-time greenskeeper agronomist, Mike Vessely, a turfgrass specialist. His aggressive topdressing regimen and sand-capping allowed him to begin the process of expanding the greens back to their normal size while also winterizing the course for the winter of 2013-14 so it would bounce back quickly come spring.

How effective was his plan?

By the summer of 2015, the stimpometer speeds of the greens increased from 5.5 to 9.5, bringing to life all the fire-breathing character of the Langford and Moreau putting surfaces.

Upon revisiting the course this year, Morrissett found that Culver had become all he had hoped for. The sand was back in all the bunkers, 200 trees were removed, irrigation improved conditioning, the course was back to its wide fairways and expansive greens, there was even a new practice facility, with fairways greens and tees – as state of the art as an academic institution in the country.

“The newly restored areas have brought back the most interesting pin placements these greens have to offer, which shows not our agronomic ability, but the genius of Langford and Moreau and what they were able to accomplish almost 100 years ago,” explained Vessily. 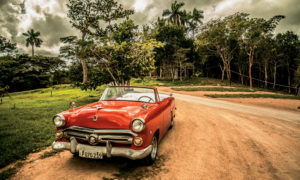