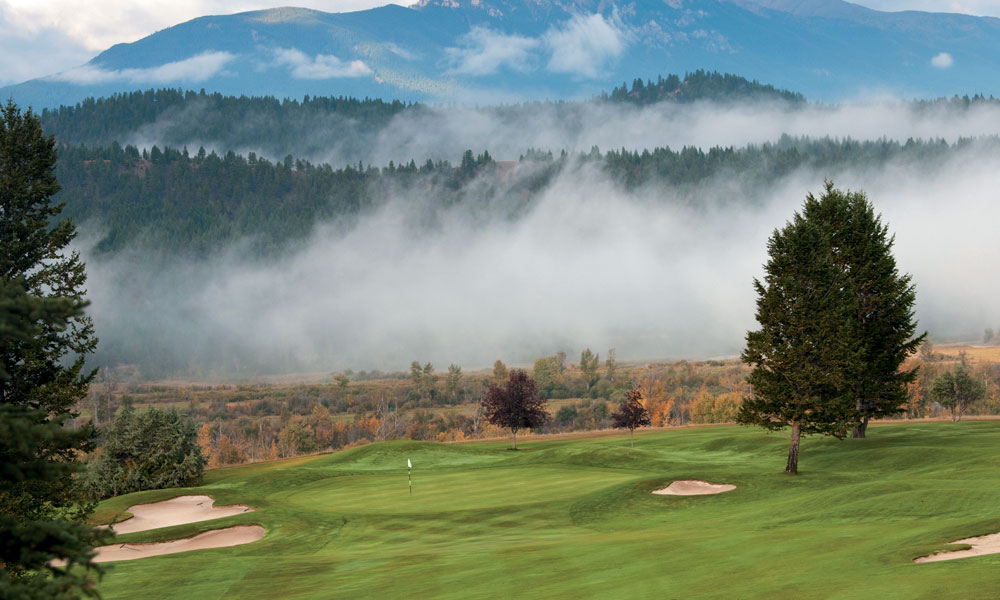 E very April, like clockwork, the eye-popping, postcard-perfect images of Augusta National are plastered onto our TV screens, smart phones, and tablets for all to salivate over. Lush, deep-green channels of pristine turf only interrupted by the scissor-sharp edges of snow-white bunkers framing the magnolia-lined corridors. No blade of grass, no swath of turf, it seems, has an unhealthy, unruly tone about it. And the only browns we see are the neat circles of pine straw at the base of the trees. It’s awful.

Well, ok, “awful” may be a little harsh. Truthfully, it is beautiful and artistic. Candy for the eyes. But, from a sustainable, eco-friendly standpoint, these are unrealistic pictures that sell an expensive and untenable version of the game; a dreamy “best case scenario” that we’re all supposed to subscribe to. Or are we?

Naturally, given the current economic and environmental conditions, many prominent voices in the game are working hard to usher in a new “best case scenario.” One that looks considerably different than your average, old-school, parkland country club with wall-to-wall, over-pampered turf. (Or the one that is way above average.) It’s a “best case scenario that piggybacks on the premise – the current buzzword phrase – that “brown is the new green.” And, certainly, there is a growing contingent of “voices” in this choir.

Obviously, themes involving water conservation, lean maintenance practices, drought-resistant grasses, and so on, aren’t new subjects that golfdom is suddenly grappling with. You could argue these have been issues from very beginning when sheep “mowers” (the ultimate in earth-friendly turf equipment!) and a “leave it as is” philosophy prevailed.

(Interestingly, a number of golf courses, such as the venerable Presidio Golf Course in San Francisco, are employing goats to help control weeds. A much more interesting, not to mention “greener,” way to deal with this issue than, say, costly chemical applications.)

However, blame the recent droughts, the “green” movement (a little irony there), or the popularity of the minimalist mantra in golf course architecture, and so on, and the “brown is the new green” philosophy continues to gain steam.

Recent US Opens at Pinehurst and Chamber’s Bay, as well as the upcoming US Open at Erin Hills in Wisconsin (which will, undoubtedly, yield another firm and fast championship with plenty of “browns” in the color mix) certainly solidify the USGA as a mover and a shaker on the forefront of this movement. In fact, in terms of changing the public’s perception – perhaps the greatest challenge in terms of ushering in this inevitable “shift” – the USGA’s role is vital. And they are taking it very seriously. And have been for years. (The USGA Green Section was formed in the 1920s for the purpose of advancing science in turfgrass). 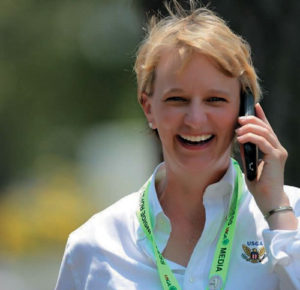 “If you’re talking about grass, no one is more embedded in the subject than we are,” says Janeen Driscoll, Communications Director with the USGA. “2014 was a turning point for us. We were able to use the worldwide exposure of the US Open at Pinehurst to increase awareness of the unsustainable, wall-to-wall carpet days, which gained plenty of traction in the 80s. Unfortunately, this era set the stage for increased water usage, fuel usage, labor costs, and so forth. Our mandate is to educate and help golf courses make smarter decisions. And in 2016 we helped over 800 golf courses do this. From smarter irrigation systems that vastly reduce water consumption to massive reductions in turfed areas, the golf industry is seeing plenty of benefits.”

With respect to Pinehurst, a decades old shrine to upscale resort golf, the USGA, in conjunction with the turfcare team and heralded architects Coore and Crenshaw, removed over 650 sprinkler heads, essentially replacing over 35 acres of maintained rough with “brown” sandy areas that require minimal care. The end result, in terms of water usage, is Pinehurst #2 went from using 55 million gallons of water to just 15 million. It was a bold move that, ultimately, turned out to be incredibly successful. Golf’s governing bodies – not to mention environmentalists – all over the world took note.

The interesting – and welcome! – side effect of the trend is that firmer, faster golf courses that integrate more natural areas are often more enjoyable (and easier) to play. A reality that all golf courses, all superintendents, would be wise to leverage. Without a doubt, a course that’s set up to provide more roll, more strategic and creative shot options, and the inclusion of a ground-friendly game trumps the one-dimensional aerial game that so many country clubs have been fixated with. Ask any golfer if they would rather play a shot out of wispy brown fescue or thick, wet, four-inch bluegrass that’s clutched your ball like a vice and you’ll get the same answer every time. Brown wins. 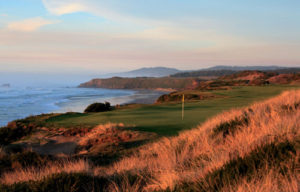 Naturally, the merits of that time-tested, “old world” game is echoed by other heavy-hitters in the genre. Bandon Dunes – and every other course in that camp – has definitely been instrumental in terms of touting these virtues and influencing the North American “shift.” Newcomers such as The Prairie Club, Sand Valley, and Cabot Links/Cliffs have also played a role in terms of spreading the word that firm and brown conditions can work like a dream. Bottom line, as more and more people are educated and experience a “less is more” philosophy in terms of turf maintenance – and colour! – the better chance a more sustainable norm will be established.

At the end of the day, it all comes back to water. It’s rising cost. Its scarcity. Our commitment to use less of it. Recently, USGA Executive Director, Mike Davis, told the Washington Post, “We happen to think that, long-term, water is going to be the biggest problem facing golf. It’s not going to be a question of cost. It will be a question of will you be able to get it?” And then, I’d say, “brown is the new green” will really hit home.