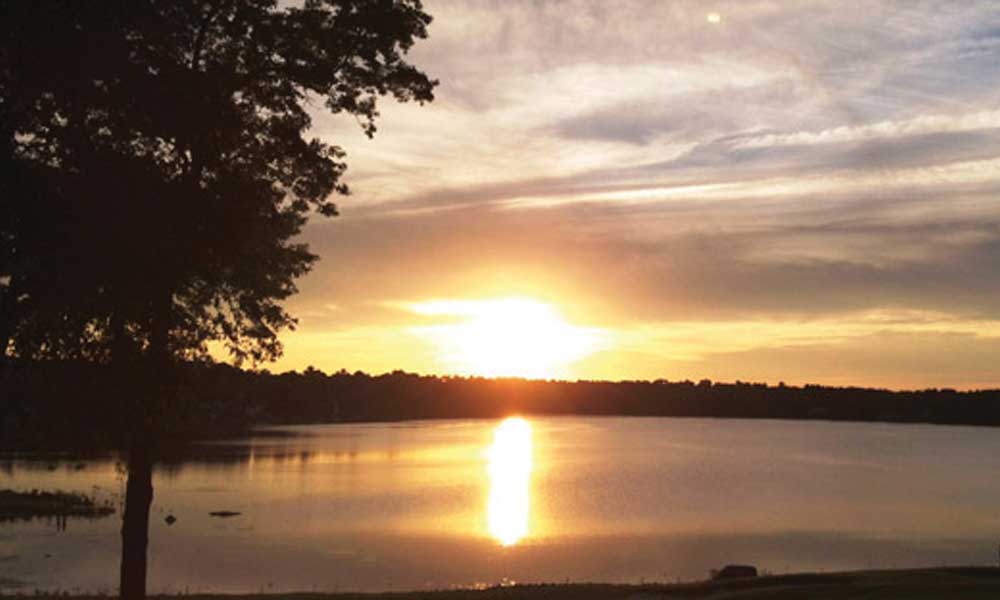 Editor’s note: The following is the third in a series of profiles on Canton’s golf courses. The series continues with a look at Wampatuck Country Club, a nine-hole regulation course located on Pleasant Garden Road.

Yet it isn’t just looks that draw people to this historic nine-hole course and club; it’s all the other things too, like the loyalty and camaraderie of the membership and the quality of the golf itself, said club manager Steve Eardley.

“We [currently] have so much interest, and it’s a great thing,” said Eardley, who grew up in Canton and started as a caddie at Wampatuck more than four decades ago. “Once people take a look at this golf course, once people play this golf course, I mean, almost every time they come in here they’re looking for an application to join.”

For Eardley, the course has become almost like a second home to him over the years. And he shares that devotion with members of his family, including brother Arnie, who serves as the resident golf pro, and cousin Ed Eardley, Wampatuck’s longtime superintendent.

“They call it a hidden jewel,” noted Ed, himself a former caddy who has overseen the grounds since the late 1970s.

Located on the southern shore of Reservoir Pond between Pleasant and Turnpike streets, the club was originally incorporated in 1904 and remains quite literally hidden from view, accessible via a gate at the end of Pleasant Garden Road.

In its early years Wampatuck offered “trap shooting, tennis and canoeing in addition to golf,” according to a history of the club written in 1974. But the focus eventually shifted to the golf course, and in the mid 1950s the club hired Cornish — a renowned golf course architect and author of several design books — to completely redesign Wampatuck’s nine holes.

The present-day course, which reopened to the membership in 1960, is a par 36 with a total distance of 3,216 yards. The layout features several hallmarks of a Cornish design, including elevated greens and cloverleaf traps, but the signature hole is the par-three fifth, which requires the player to play across a cove in Reservoir Pond. The fourth hole also offers excellent views of the water, while the par-four first hole is rated as one of the toughest starting holes in all of Massachusetts.

“I would say the par fives are birdie holes up here,” said Ed, “and the par threes are real good, challenging par threes. You also have a couple of the par fours that are short but tricky because of the elevation of the greens.”

Although admittedly biased, Steve said that Wampatuck is a joy to play and is “as good as any golf course” in the area.

Ed said he has been fortunate to have a “great staff” working under him, including his longtime assistant Mike Bacon and second assistant Chris Luke. The two cousins also both raved about the current board of directors, led by president Bill Cohen, who has overseen numerous improvements to the club during his 15-year tenure. “We’ve got a very strong president and very strong [officers],” said Steve. “The board of directors as a whole work together with their hearts here to improve this place.”

Steve estimated the current membership at around 400 people and said it is “pretty well mixed,” from social members to a growing base of junior members.

“Arnie runs a junior clinic on Mondays where the kids start as tots, and now a lot of these people have grown into the game where they love it and have actually joined here and become quite competitive,” he said.

During golf season, Steve said Wampatuck maintains a “very busy schedule,” featuring a variety of member and member/guest tournaments and popular social events like the monthly “Nine and Dine Scotchie.” The club also plays host to a number of different charity tournaments as well as the Women’s Norfolk League and the Canton Town Club League.
Meanwhile, it’s “not just not golf here” at Wampatuck, insisted Steve, who pointed to the recently renovated clubhouse and the club’s full-service restaurant. “It’s the social life they have here too. It’s one big family.”

For more information on Wampatuck Country Club, go to www.wampatuck.com.