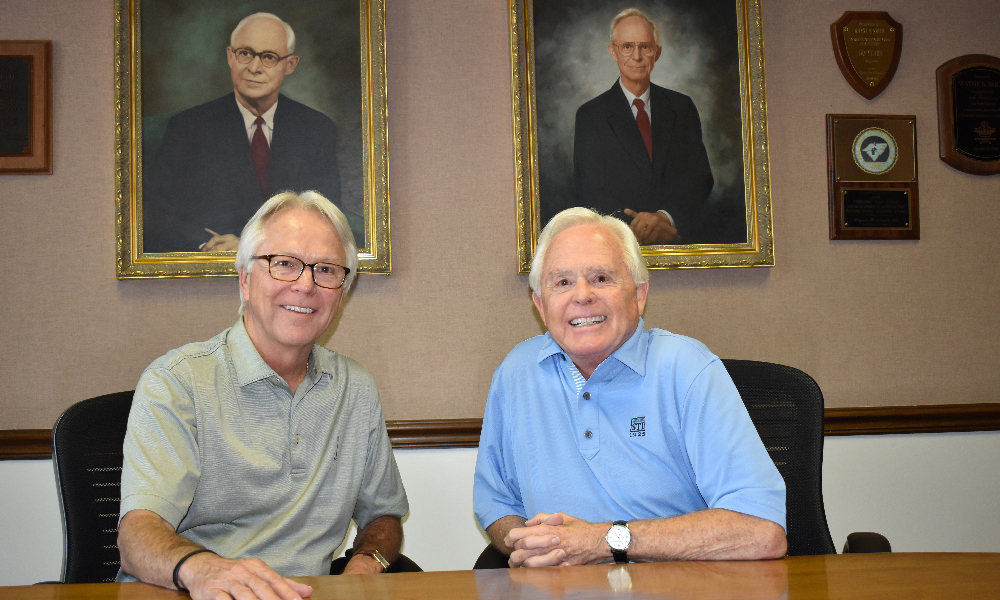 The presentation of this year’s Distinguished Service Award by the Carolinas Golf Course Superintendents Association has roots tracing directly to the origins of the association itself. Wayne Smith Jr. and Steve Smith of Smith Turf and Irrigation will receive the association’s highest honor at a special ceremony during the association’s annual Conference and Trade Show in Myrtle Beach, SC next week.

Their grandfather, E. J. Smith, and father, Wayne Smith, Sr., were key figures in the formation of the Carolinas GCSA in Charlotte, NC in 1954. Their company and Toro distributorship, E. J. Smith and Sons – now Smith Turf and Irrigation – was a major supporter of superintendents’ efforts to organize around goals of education and professional development.

In 1966, E. J. Smith and Sons were among the first exhibitors to display equipment at what has grown into the Carolinas GCSA Conference and Trade Show, the largest regional event for superintendents in the nation. This year’s event, running from November 18 to 20, is on track to be one of the most successful on record.

“Numbers are extremely strong across the board,” Carolinas GCSA executive director Tim Kreger says. “We are close to maxing out space in the trade show, in our education seminars, and in our golf championship. That all suggests a strengthening in the Carolinas golf economy and is itself a tribute to Wayne and Steve Smith. Their company has never wavered in its support of superintendents and the wider industry, even though the toughest times. When Wayne and Steve get their awards, I think there will be a packed house of grateful people looking to say thanks.”

Wayne Smith, Jr. himself has been around the Carolinas GCSA since the beginning. He was present at some of the association’s very first meetings. A group photo of one such gathering at Carmel Country Club features his grandfather and father. “I was there that day too but had to stand out of the frame,” Wayne Jr. laughs. “I was 14 and told I was too young to be in the picture.”

Brother Steve, nine years junior, spilled blood his first day on the job one summer as a 16-year-old. “I about cut my thumb off-putting blades on the 21-inch lawnmowers we were selling at the time,” he chuckles. “They stitched me up and I was back at work the next day.”

Today, Wayne is STI’s chairman emeritus and Steve is a chief executive officer. There is also a fourth-generation active in the family business, with Wayne ’s daughter Anna Lindsay-Yarborough serving as company president and Steve’s daughter Jessica, who works in their Nashville offices.