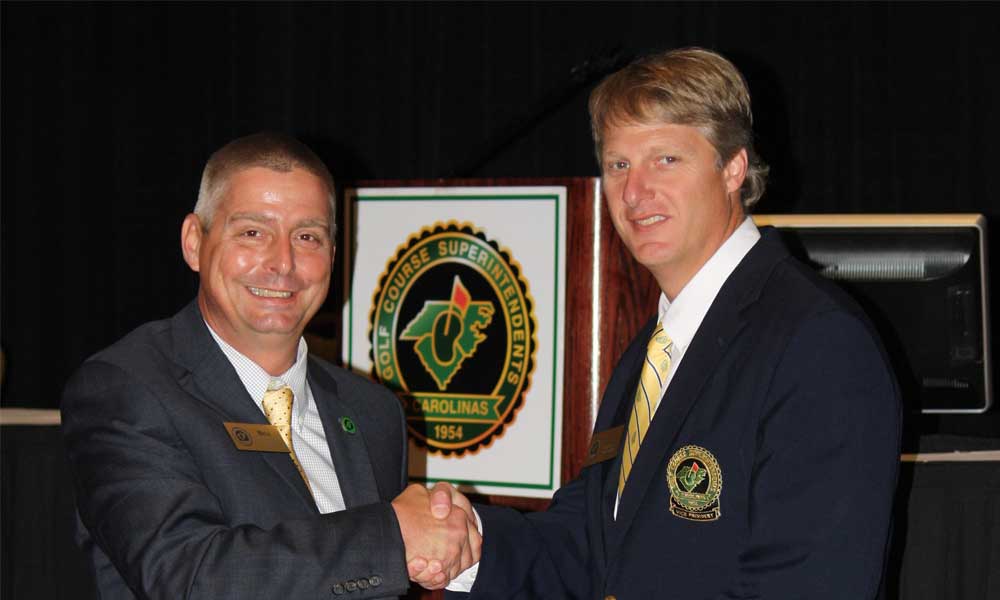 Their appearance was just one of a host of initiatives by nearly 200 exhibiting companies competing for the attention of golf course superintendents at Myrtle Beach Convention Center. Everything from mini-basketball to live butterflies helped generate interest and activity at the trade show driving a record high for gross revenues for the third year in a row.

“Obviously this continued success is wonderful for our association,” says Carolinas GCSA executive director Tim Kreger. “But more broadly I think it is an encouraging sign for the golf industry as a whole in this part of the country. The growth may be modest but it is there and that only happens when more people are doing more business at the facility level.”

Nearly 1,350 education seats were filled and an all-time record 344 golfers turned out for the annual golf championship, played over three courses at Barefoot Resort.

“Our Conference and Show continues to be successful because we work so hard to identify what is important and interesting to our members,” says Conference and Show committee chairman Adam Charles from The Preserve at Verdae in Greenville, SC. “More than half of our education seminars this year were brand new. We are constantly tweaking things. They may be great as they are but that doesn’t mean you can’t get even better.”

Charles paid tribute to exhibitors who “make the extra effort to make sure they are noticed” on the trade show floor. “We provide the stage and the audience but ultimately it’s up to the people in the booth to make sure they engage superintendents walking by,” he says. “So many of them do an excellent job of that. Green Resource had basketball. Syngenta had freshly-hatched butterflies. There was corn hole and a charity you could support at the Harrell’s booth. I even won two tickets to a NASCAR race of my choice from Brandt Consolidated.”

Kreger echoed Charles’ sentiments. “A quality product at a value price remain the key ingredients for the success of our show,” he says. “But it’s the people themselves who really give it the flavor that makes it special. Whether they are superintendents, industry partners or educators, everyone seems to make a personal investment in creating a successful event. We can’t thank them enough.”

Other highpoints from the show included: