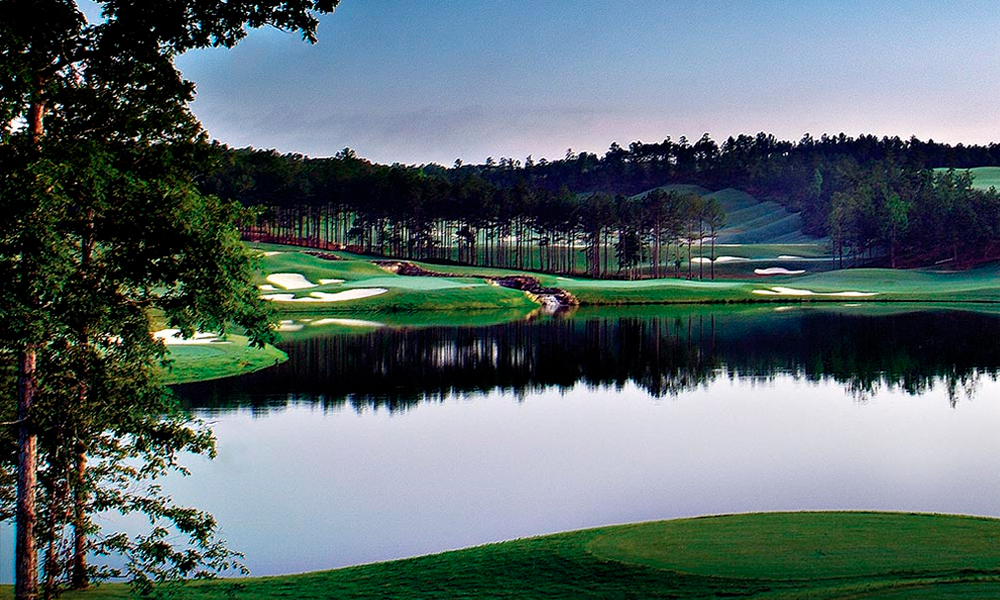 A former assistant dean at Alabama’s law school revolutionized access to great public golf 25 years ago and the rest is history.

While many scoffed at the concept, Dr. David G. Bronner, CEO of the Retirement Systems of Alabama, brought golf course architect Robert Trent Jones, Sr. out of retirement in the late 1980’s and the concept of America’s Original Golf Trail was born. Opened in 1992, golfers have played nearly 12 million rounds of golf on the RTJ Golf Trail. This top golf destination features 26 courses on 11 sites across Alabama. The Trail recently renovated its original courses and encourages golfers to come play the new RTJ Golf Trail.

While maintaining the key course designs created by Robert Trent Jones, renovations of the original golf sites were recently completed. Owned by the Retirement Systems of Alabama, the RTJ courses remain consistent for quality and value while offering new experiences.

“I want to be able to play the U.S. Open on any one of these courses we build,” said Dr. David G. Bronner. “Make every one of them a championship course. I want people to be challenged enough that they will want to come back and try again. ”

While the courses have not hosted the U.S. Open yet, professional golf tournaments have been played on the Robert Trent Jones Golf Trail for the past 25 years. “This will be the 20th year in a row that women’s professional golf has been played on the Robert Trent Jones Golf Trail and the 21st consecutive year for hosting professional golf tournaments,” said Bronner. ““When the Robert Trent Jones Golf Trail in 1992, we wanted to make Alabama a golf destination. Not only have we had millions of golf rounds, legendary golfers have won on the RTJ Trail including Lorena Ochoa, Se Ri Pak, Karrie Webb, Paula Creamer, Christina Kim, Stacy Lewis, Lexi Thompson, Ariya Jutanugarn and several others. Both Lexi Thompson and Ariya Jutanugarn won their first LPGA tournaments while playing on the RTJ Golf Trail, skyrocketing their golf careers,” he said.

“The first two years of the PGA TOUR’s Barbasol Championship have been tremendous successes with Scott Piercey and Aaron Baddeley bringing home the trophies,” said Bronner. “We look forward to welcoming the Barbasol Championship back to RTJ Grand National in July and seeing the next LPGA greats compete in the Symetra Tour’s Guardian Championship in September at RTJ Capitol Hill. These events showcase our courses around the world with international media coverage and help position Alabama as a great travel and golf destination.”

Courses in Mobile and Prattville have hosted LPGA tournaments for the past 20 years. The PGA TOUR has competed in Opelika in 2015 and 2016. The PGA TOUR Champions’ tournaments were played at RTJ Ross Bridge from 2006 to 2010.

To help celebrate the silver anniversary of America’s original golf trail, golfers are invited to enjoy a round of golf for $25 plus tax including cart at the following sites on these designated days:

Media events with elected officials and other local leaders will be held on these days to celebrate the Trail’s impact on these communities. For the general public, golf reservations with advance purchase can be made by calling RTJ Reservations at 800.949.4444. Tee times can be booked at the specific RTJ sites within seven days of play.

While celebrating its 25th year, The Robert Trent Jones Golf Trail continues to be one of Alabama’s tourist attractions with guests coming from around the world. Dr. Bronner has been honored by the golf industry for his vision to make great golf available to both professionals and the general public.

The Trail’s artfully designed and beautifully landscaped courses, according to The New York Times, are “some of the best public golf on earth.”  The Wall Street Journal said the Trail “may be the best bargain in the country.” The Boston Globe reported, “In Alabama, a genius in course design created 18 (now 26) jewels for everyone to enjoy at one-third the rate of comparable facilities.” The Atlanta Journal Constitution called the Trail “the finest public courses in the country.”

To start planning your trip to Alabama’s Robert Trent Jones Golf Trail, visit www.rtjgolf.com or call 1.800.949.4444. Special golf packages for the 25th anniversary will be offered throughout 2017.