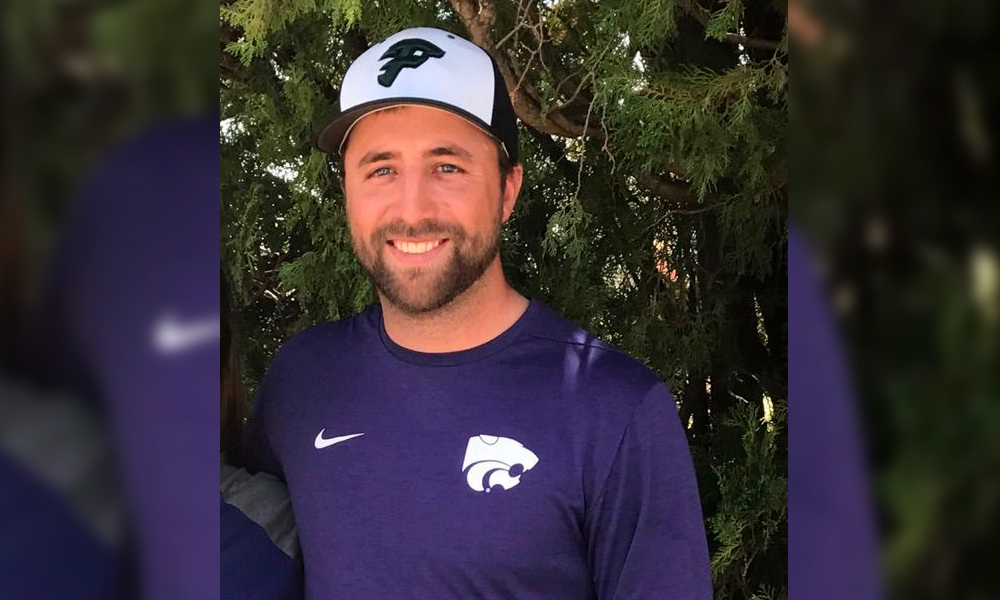 Clay Payne was raised in nearby Cimarron, graduated from the high school there in 2006, and still has his parents living there.

So when he was pondering his future in the golf course superintendent business, there was only one golf course in southwest Kansas at which he would seriously consider working.

That was Buffalo Dunes Golf Course.

Hired as the first assistant on Jan. 1, Payne became the newest head superintendent on Friday night when he was announced as the permanent replacement for Toby Witthuhn, who had resigned earlier this year and left the position in mid-March after nine years at the helm.

The announcement came at the Clarion Inn during an informal meet and greet function host by the City of Garden City to not only introduce Payne, but also to discuss with the golfing community the process they will go through to hire a new head golf professional.

Jennifer Cunningham, assistant city manager, made the announcement, and indicated the City had received about a dozen applicants, but interviewed only two finalists for the superintendent’s position.

“It became very evident to us that we already had the right person here with us,” Cunningham said in a separate interview afterward. “Clay has all the requisite qualifications and we’re excited to have him here.”

Payne, 29, attended Hutchinson Community College and graduated from there in 2008 with an associate’s degree. He then transferred to Kansas State University, where he received a bacherlor’s degree in horticulture, with an emphasis in golf course management in 2010.

“I’m excited with the public support of the golf course and to be able to push the golf course to the future,” Payne said in an interview after the social function. “The variety of events the course hosts is nice, especially coming from a competitive background. It gives you a chance to provide different playing conditions for the players.”

“The two-and-a-half months that I worked with Toby were invaluable,” Payne said of his mentor and predecessor. “He was able to share many of the ideas he was trying to implement and about his philosophy to maintain the course, fertilizing and watering the course. He left the course in great condition and has made this a pretty easy transition.”

Payne will also have the benefit of the expertise and experience of Bluml, who works part-time for him in the morning hours, mowing greens at the Dunes.

“He’s been on my reference list since I was in college,” Payne said of Bluml. “I can remember him being at meetings where he was advising a number of courses or other superintendents and just being very helpful. So that knowledge will be of great benefit to me.”

Following his graduation from KSU in December of 2010, Payne was hired as an assistant superintendent at Dismal River Golf Club in Nebraska, which was one of the top private clubs in the state.

In 2013, when the Red Course was opened at Dismal River, a design by noted Michigan architect Tom Doak, Payne became the head superintendent of that 18-hole course. He remained there through the 2014 season before moving to Holyoke, Colo., where he was the assistant superintendent at Ballyneal Golf Club, another Doak design. Payne was still at Ballyneal when he was hired to come to Buffalo Dunes.

“This has been my favorite course in southwest Kansas,” Payne said. “There’s some other good courses, but this is the one I like the most. I think being at a public course, you get a chance to set it up and maintain it for a broad range of playing ability. I think Buffalo Dunes already appeals to a broad base of golfers, and I just want to be able to tweak some things to perhaps make it even better.”

Payne and his wife, Samantha, are parents to a daughter, Sawyer, 17 months, and are expecting a son in late August. Samantha has already accepted a position as a business teacher at Garden City High School for USD 457.