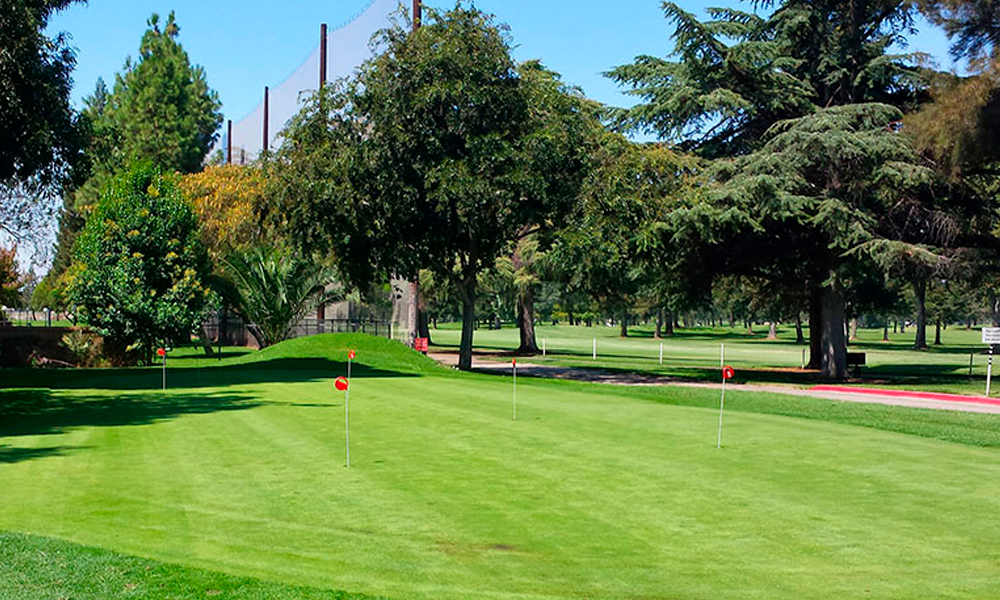 Manteca has a new golf pro — the team of Jeff and Geanna DeBenedetti along with Bent Beck and Wesley Bloodgood.

The City Council approved a three-year contract with options for two one-year extensions on Tuesday.

The move came after Beck and Bloodgood — who have worked at the Manteca Golf Course for 15 and 16 years respectively — teamed up the DeBenedettis days before the meeting essentially leaving only one contender for the contract.

While Councilman Richard Silverman backed the move to approve the golf contract, he dissented on the terms. He argued four years with an option to extend for a year would not only provide the golf pro better footing to get established but it would also be more beneficial financially to both the city and the golf pro. Others such as Councilman Gary Singh had argued for a two-year contract.

The new golf pro will take over Aug. 1.

Alan Thomas’s widow Marjie has been running the golf pro operation since her husband passed away in February. She will oversee the course through July 31. Thomas was the Manteca golf pro for 40 years.

The four — the DeBenedettis, Beck, and Bloodgood — appeared at the podium together. All four said they had the same goals in mind to improve play, more aggressive marketing, stepped up social media presence, and to enhance the atmosphere for players using the course.

Jeff DeBenedetti has 26 years of experience in the golf industry and has been employed at Las Positas Golf Course in Livermore since 1991.  He received his PGA credentials in 1997 and has been the head Golf Professional at Las Positas since 2005.  DeBenedetti is a class “A” golf professional with the PGA and currently holds the position of President of the Northern Californian PGA Bay Area Chapter and is a board member of the NCPGA Junior Golf Committee.  His wife Geanna is a partner and is responsible for management of the golf pro shop staff, merchandising, payroll, inventory, financial reporting, and human resources.  She also has over 25 years of experience in management of retail facilities.

The revenue terms of the contract are as follows: