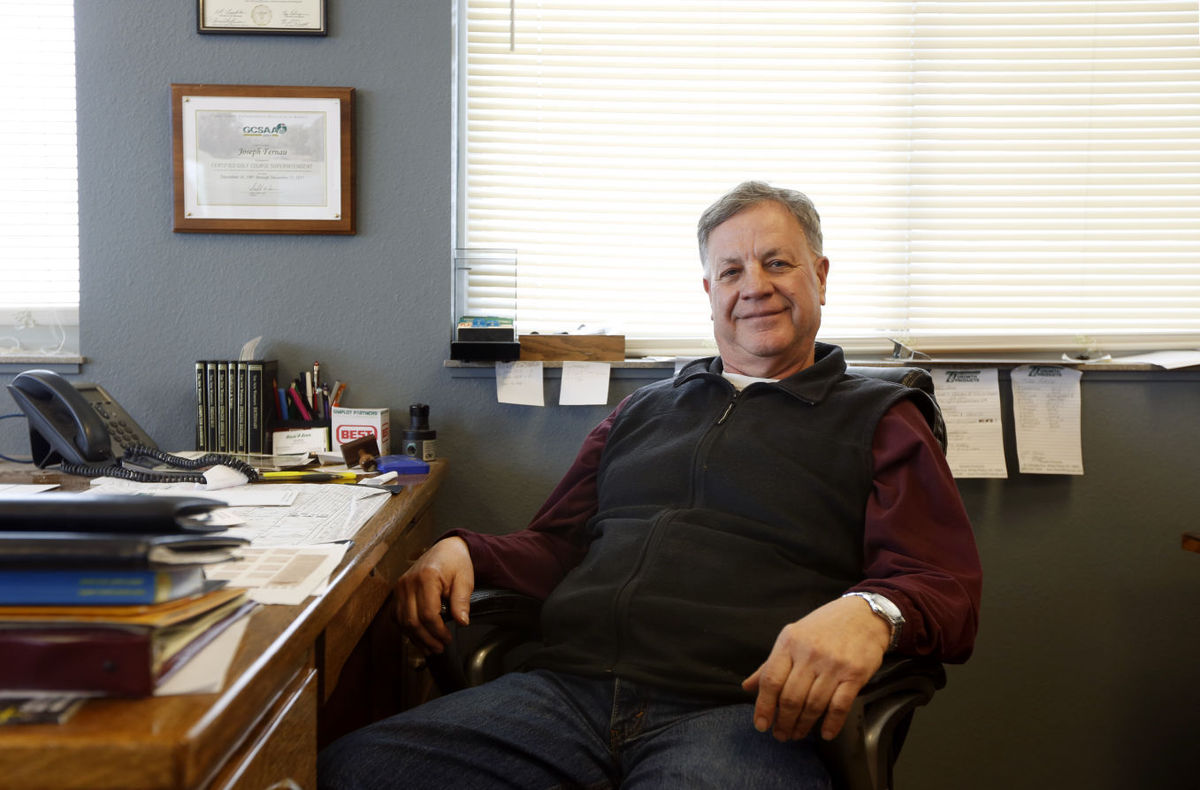 Joe Fernau spent most of his adult life at the Casper Municipal Golf Course.

For more than 30 years, he tended to Casper’s only publicly owned course. He still enjoyed playing golf, but after putting in a day’s work at the course, he didn’t always want to spend his time off playing the sport.

So Friday, Fernau will retire as the course’s superintendent. He’ll put away the maintenance equipment and rigors of the working week in favor of vacation, relaxation and a chance to catch up on some of the golf he’s missed out on over the years.

“It’s been quite a run,” Fernau said. “I’ve enjoyed every minute of it.”

Fernau, who grew up in Lusk, worked at golf courses in California and Wyoming before finally settling in Casper. The area had seen some harsh winters when he started. Turf was sparse.

“I knew it was going to be a challenge,” Fernau said. “I’ve always liked a challenge.”

Since then, he has helped oversee irrigation upgrades, renovated golf holes, added another nine holes to the course and helped shepherd his staff into a new maintenance building.

“He’s very patient and generally cares about us, not only as employees but as friends,” said Jason Ostlund, the course’s assistant superintendent.

A few days before Fernau’s retirement, December’s snow was still covering most of the course. He didn’t mind. It means the staff hasn’t had to water the greens. By the time the snow has melted and the 27 holes are open again, they won’t be Fernau’s responsibility anymore.

“I’m looking forward to it, but come Friday afternoon I’m sure it’s going to be hard to walk away,” he said of his retirement.

Fernau will vacation some but plans to be back in Casper for the Wyoming summer he’s known since his boyhood days.

Most people wouldn’t come back to their former job after retiring, but Fernau expects he’ll return to the Municipal Golf Course every once in awhile.

After all, it’ll give him a chance to enjoy the course he spent a lifetime maintaining.