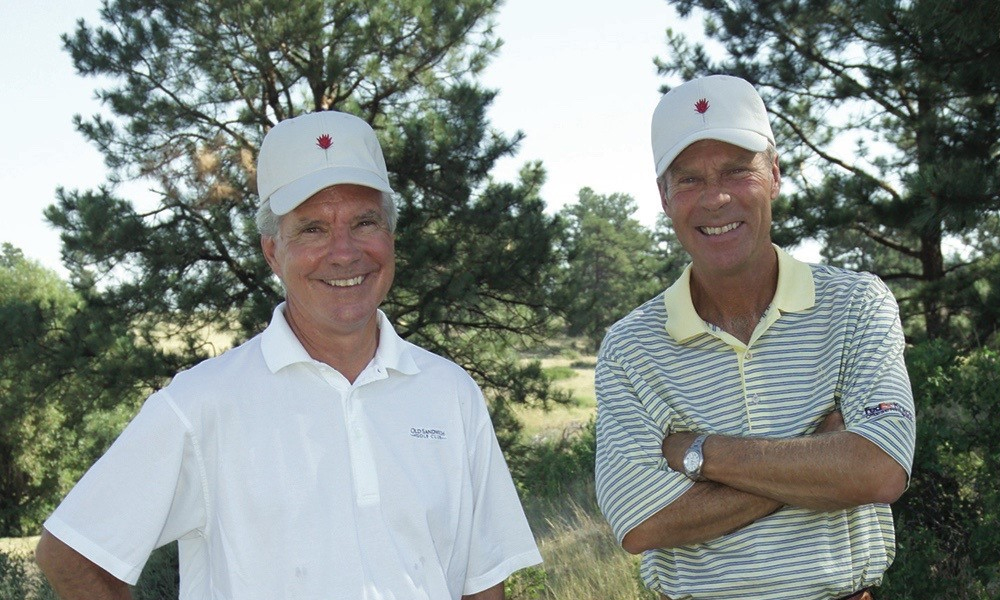 The prominent architectural duo of Bill Coore and Ben Crenshaw will be honored with the Don A. Rossi Award, given annually by the Golf Course Builders Association of America (GCBAA) in recognition of their significant contributions to the golf industry.

“Bill and Ben bring their own unique perspective and style to design, but together have resurrected the timeless design of golf course architecture,” said Justin Apel, GCBAA executive director. “Both have earned the respect of not only our membership but the golf construction industry and as a team, are most deserving of this award.”

Established in 1986, Coore & Crenshaw Inc. forged their firm to demonstrate an admiration and respect for the classic golf courses. The GCBAA recognizes that the courses Coore & Crenshaw have designed as a team are considered by many to be the best in the world, offering unimaginable opportunities to those in the golf course construction industry.

A 1968 graduate of Wake Forest University, Coore began his professional design and construction career in 1972 with the firm of Pete Dye and Associates. Under the Dyes’ guidance, Coore was introduced to the elements of creative design and physical construction. It was also the Dyes that first introduced Coore to the written classics of golf architecture — the same books that Crenshaw was then collecting and studying. The information within these books essentially formed the foundation for the Coore and Crenshaw partnership.

Ben Crenshaw has long been recognized as a historian and traditionalist. With nineteen PGA Tour victories to his name, including the 1984 and 1995 Masters, competition has taken Crenshaw to many of the world’s most renowned golf courses. By analyzing the design and construction techniques of these facilities and many others, his entry into the golf architecture business along with the ability to create quality golf courses in the classical style was soon realized.

“As golf course architects, Bill and I know when we are chosen for a job it is critical to create a team to produce a course that will provide enjoyment to golfers for many years. We value the work of the golf course builders and construction companies we have worked with over the years and we are humbled that the Golf Course Builders Association has chosen to honor us with the Rossi Award in 2019.”

The Don A. Rossi Award will be given at the 2019 Golf Industry Show to be held in San Diego, California, Feb. 5 during the GCBAA Opening Reception. For those interested in attending the award presentation, details will be available this winter by visiting www.gcbaa.org, or contact the GCBAA executive office at (402) 476-4444.