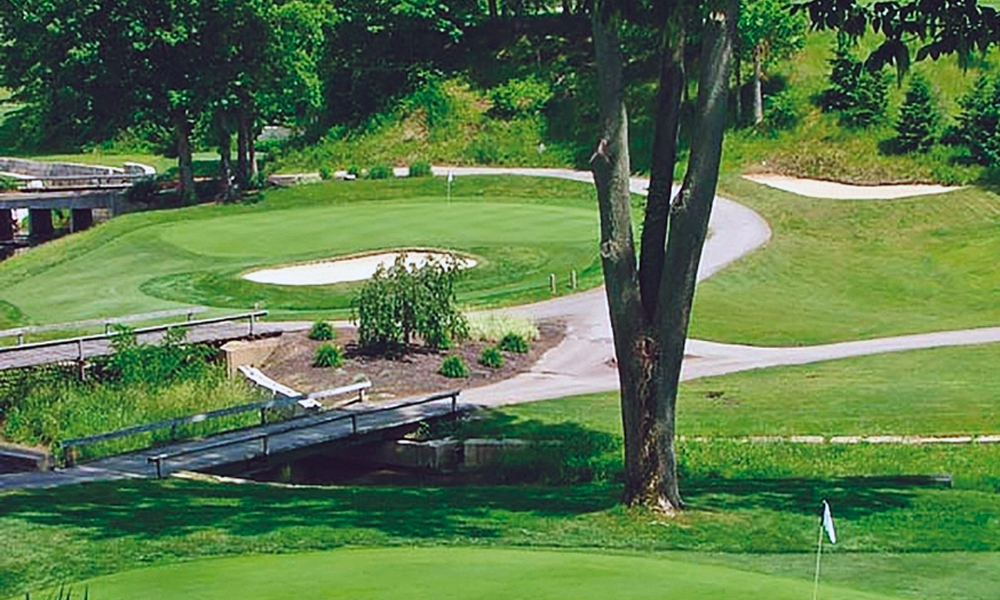 Coppertop at Cherokee Hills Golf Course had been in Mark Haddad’s family since the 1980s.

The 34-year run ended earlier this month, when three mortgages on the course — which is located in Valley City, about 30 miles southwest of Cleveland in Medina County — were assigned to an investment company headed by Greg Clement, the owner of Mapleside Farms in Brunswick.

For Haddad, it represented some much-needed closure after an extended, contentious fight with his lender, Fifth Third Bank, that included an unsuccessful attempt to restructure under the Chapter 11 bankruptcy process.

“There was no way I was going to survive the fight,” Haddad said. “I finally just threw in the towel.”

Cherokee Hills wasn’t immune to the golf industry’s struggles, but the 55-year-old Haddad said the course still was bringing in $1.7 million to $1.8 million a year in revenue. A major problem, he said, is the value of the course plummeted after the Great Recession.

In 2002, when a 100-year-old dairy barn that served as Cherokee Hills’ clubhouse and storage space was renovated into a 22,500-square-foot banquet, restaurant and entertainment facility, the golf course was appraised at $5.7 million, Haddad said. When he started the Chapter 11 process last September, the course was said to be worth $1.4 million.

“Here I’m fighting this battle thinking I gotta be worth around $4 million,” Haddad said.

But the decline in value, combined with Haddad not making a mortgage payment in three years, meant Fifth Third was unwilling to work with him on refinancing loans that the owner said called for him to make $32,000 in monthly payments to the bank.

“It wasn’t losing money,” he said of Cherokee Hills. “If I would’ve had reasonable payments, I could have made that payment.”

Haddad said he attempted to put an investment group together to take over the property, “but the bank just didn’t want to work with anyone who had anything to do with me. They made that very clear.”

Haddad’s Chapter 11 filing showed that he owed Fifth Third more than $3 million, and provided a glimpse at the mounting expenses many golf courses face.

In addition to the Fifth Third mortgages, Haddad reported a $185,000 debt stemming from a New Orleans-area golf course owned by his late father, Ed, that went bankrupt after Hurricane Katrina struck. Cherokee Hills, the filing said, was paying a combined $35,000 a month during the golf season to its food vendor, the company that provides its golf carts and one that supplies scorekeeping technology.

Haddad admits that, because of his inability to refinance, he wasn’t paying the mortgages on the 69.9-acre property.

“What I did was reinvest in the property,” he said. “After 13 years, I had restaurant equipment failing, I had ACs starting to fail, I was buying new trees, working on the golf course. … If you don’t take care of business, there’s no way business is going to take care of you. That’s what my dad always said.”

Clement is next in line

The Chapter 11 case was dismissed in January. At that point, Haddad knew it was time to give up.

According to documents in the Medina County Recorder’s Office, the three Fifth Third liens filed against Haddad — totaling $3,196,205.95 — were transferred to SMS Financial Strategic Investments LLC of Phoenix on March 21. Seventeen days later, the mortgages were assigned to Green Sky Ventures LLC, located at 6659 Pearl Road in Parma Heights.

That’s the address for Freedom Square, an office building that, according to Cuyahoga County property records, is owned by Clement.

Greg Clement and his wife, Kelly, purchased Mapleside Farms — a sprawling apple farm that hosts weddings, concerts and other events — in 2010.

Haddad said Billy Casper Golf, a Reston, Va.-based management company, has been operating Cherokee Hills on a temporary basis until the new owners take over.

“Coppertop is first and foremost a beautiful piece of land,” Clement said in the statement. “The Haddad family has done an incredible job beautifying this property over the past 30 years. Our focus is to continue to build on what they’ve done and integrate some creative ideas to get more people, more families, to experience the property in cool new ways.”

As for the former owner, Haddad said things got much easier once he resigned himself to the fact that the golf course was in someone else’s hands.

“My wife (Marian) likes me much more now that I’m not working 80 hours a week and missing family events,” he said.

Haddad said he’s now working about 45 hours a week driving a truck for an excavation company, and he might start a catering business on the side.

And really, he’s not going anywhere.

Of the six houses that line the property at Cherokee Hills, four are owned by Haddad’s family. Mark and Marian, who goes by “Sis,” have five children, six grandchildren and a great granddaughter.