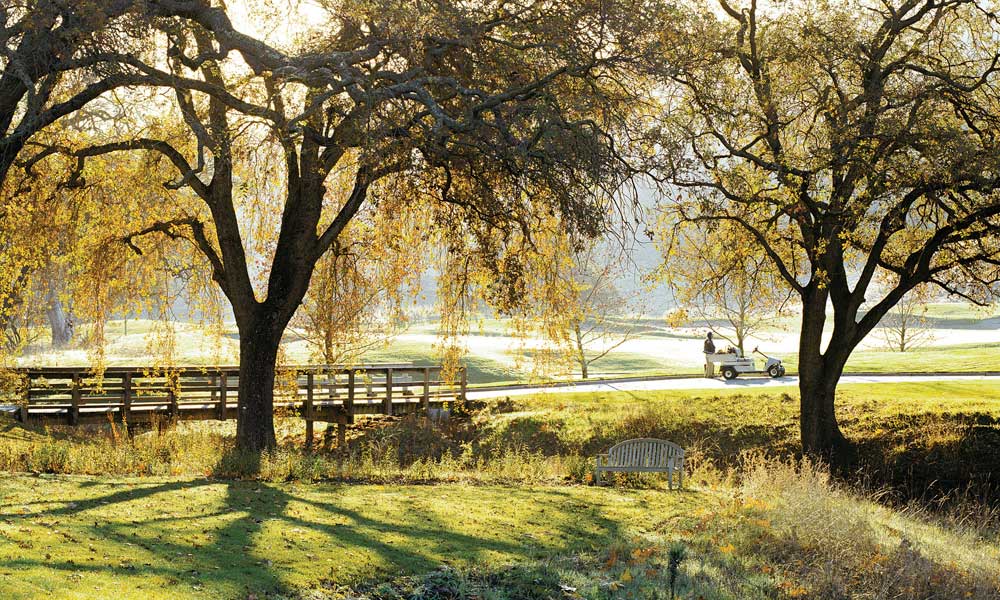 There is nothing more difficult in golf than trying to win a USGA Championship. Luckily for the contestants at the 2016 U.S. Women’s Open, they vied for the title at Northern California’s CordeValle Resort, a unique and magnificent bastion of the game. There’s nothing tranquil about winning an Open, but the soothing nature of the 1,700-acre Resort, cradled in the foothills of the Santa Cruz Mountains, about midway between San Francisco and the famed Monterey Peninsula, certainly helps the mind sets of the players. The Robert Trent Jones golf course is first-rate, but only a single component to a facility offering fabulous views, service, comfort and cuisine, among other fine attributes. This Rosewood Resort seamlessly combines the natural beauty of the rolling California countryside with pitch-perfect service. The terrain features undulating meadows, tree-dotted hills, seasonal creeks and waterfalls. As a bonus, the 85-acre Clos LaChance winery and vineyard is also on site, and their tours and tasting room is every bit as popular as the golf course.

All the soothing attributes were much appreciated by the contestants at the Women’s Open, the most nerve-jangling event on the calendar, which commenced play on July 4th of this year. For those fortunate to stay on property, guests are ensconced in spacious bungalows, expansive fairway homes or secluded villas. Each of the 45 separate lodgings are tricked out with original artwork, DVD/CD players, flat-screens, fireplaces, walk-in closets, and high-speed Internet access. king beds, goose-down comforters and high thread-count linens make it easier to wind down at evening’s end. Well, it would be so if the women in contention could free their collective minds from the fact that the elusive USGA win would be a life-altering experience.

It’s not necessarily a life-altering experience for the superintendants in charge of the golf course preparation, but playing host to a national championship is a feather in any super’s cap. “Needless to say, we are very excited for this opportunity,” begins Bob Marshall, who has forty years of tenure in the field. He and his colleague Sean Cracraft lead a team of fifty-five (volunteers included) as they prepped the golf course for the world’s finest women players. “We use roughly 75 pieces of ‘significant equipment’ and another 15 pieces of loaner equipment from John Deere for the championship, altogether valued around $1.5 million dollars,” states Marshall. 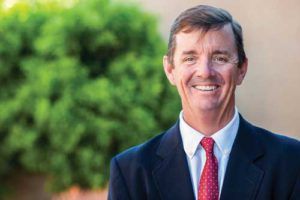 With the prestige of hosting such a significant event come pressures and demands by the host organization that bequeathed the opportunity. “The USGA prefers a firmer and faster course than our normal conditions, lower mowing on fairway and greens with higher rough than our normal playing conditions,” states Marshall. “We have done more preparation than we initially expected leading up to the tournament due to the expected stress the course will be under leading up to and during the championship.”

Marshall, Cracraft and their crew dealt with the balancing act that everyone in their enviable position has had to deal with in the weeks and months leading up to the tournament. “Our biggest hurdle is finding the proper balance between member expectations leading up to the championship and USGA expectations for the championship itself due to the stress the course will be under. (Aerification, top dressing, verticutting, etc.). Additional challenges are being prepared for what Mother Nature has in store for us with strong afternoon winds and high temperatures, which are common occurrences through summer.” 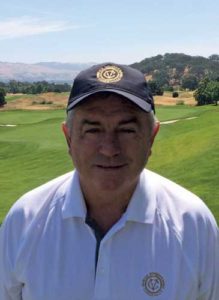 Whether they are competing on the course, or preparing the grounds for battle, plenty of energy is being expended by all the relevant parties. Luckily there are several fine eateries on premises, including Il Vigneto, serving delightful “Itali-fornia” cuisine. Lion’s Peak Grille and the One-Iron Bar are other more casual dining options.
While the whole feel of the resort is rather genteel, those that prefer the concept of bodies in motion would be well served to get out of the state-of-the-art gym, well-appointed though it may be, and take on the CordeValle Hiking Trail. The USGA tournament is a drain, a physical grind, but the hiking trail should be experienced by all who care to take on its challenges. The lower level is akin to a green or blue ski run, but to take it up a notch, the stout-hearted and iron-legged will attempt the Lion’s Loop, which heads up the highest hillside ringing the golf course, a straight-up, then straight-down journey that will test the lower extremities better than any leg press or quad machine could ever do. The quads will burn, the breath will be labored, but the views of the nearby vineyards and surrounding countryside will no doubt inspire.

Just as inspiring is the unusual service component. Virtually every “front-of-the-house” employee exudes a notable warmth and casual friendliness, consistent from the golf shop to the spa, from the front desk to the servers, bartenders and ubiquitous bellmen that shuttle guests to and fro via limousine-style golf cart. In refreshing contrast to some of the over-the-top obsequiousness one occasionally encounters at very formal multi-star hotels, (think Ritz or Four Seasons) the CordeValle crew has a different gestalt. They are perfectly friendly and delighted to help in any way, but don’t smother their guests with attention. Call this mentality “California Cool.”

Finally, a word about the geographic location of CordeValle. The resort is out in the countryside just a little bit, a couple of miles off of a relatively desolate portion of Highway 101. This is agricultural country, and nearby burghs like Gilroy and Castroville play host to their annual Garlic Festival and Artichoke Festival, respectively. But the fact is the resort is centrally located. It’s about 45 minutes north of the Monterey Peninsula and venerable Pebble Beach. It’s maybe 40 minutes south of San Jose and its international airport, is only about an hour below Palo Alto and Stanford University. The charms of San Francisco itself are only 30 or 45 minutes farther north. But thoughts of nearby attractions will be far from mind when gazing down from one’s well appointed bungalow at the ribbons of fairway nestled below the rolling ochre hillside, particularly in either the dawn light or coming dusk. The view looks more like an idealized oil painting of a golf course than an actual golf course itself. Drink it all in, and come to the realization you probably don’t want to go anywhere else at all.

Veteran golf, travel and sports writer Joel Zuckerman is the author of eight books on golf, two of which were honored as Book of the Year by the International Network of Golf at the annual PGA Show in Orlando, Florida.
In addition,Zuckerman has contributed features, profiles and essays to more than one hundred different magazines, newspapers and web sites.

Millennials and the Workplace
More than Systems, Markers, Inc. Provides Solutions
To Top