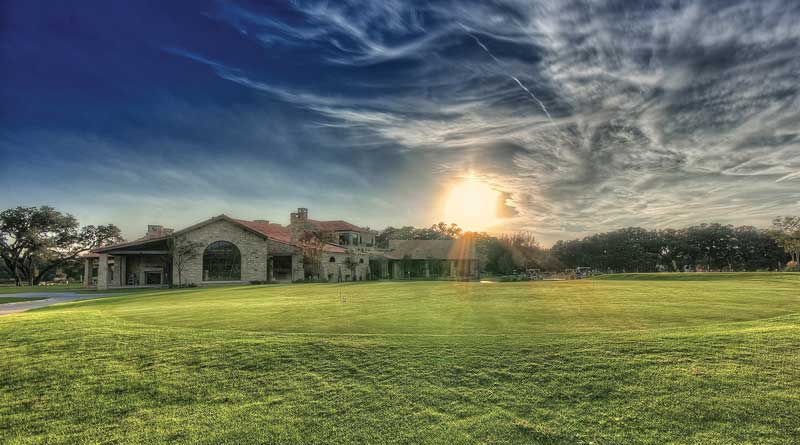 We’ve all heard it and maybe even said it, “Young people aren’t coming to the game of golf because golfing takes too much time and costs too much money.” But given the hours devoted to video games, social media and binge-watching Netflix or the dollars spent on the newest and fastest technology, we should question whether we really have our finger on the pulse of the golf industry’s problems.

According to the National Golf Foundation (NGF), 2015 marked an uptick in the game with an increase in the number of rounds played. Even better news is that over two million people played golf for the first time ever. Two million plus in a single year is the highest number of newbies to the game in over a decade.

Despite the influx of first-timers, the overall number of players (golfers who play eight or more times per year) continues to be a problem, having declined by five million people during the past decade. Blame some of the drop on attrition as the oldest of the golf-loving Baby Boomers begin to age out of their prime playing years. The numbers, however, tell a bigger story. Enough new players are coming to the game for the first time, but not enough of them are sticking around!

When consumers report that they would golf more if playing the game took less time and cost less money, they are saying that the golfing experience does not merit the time and money it currently requires. If new players found golfing to be as engaging as they find Pokémon to be, they’d carve out time in their schedules to golf. Likewise, if they felt that the cost of equipment or green fees was as enriching to their lives as the newest iPhone, they would be standing in line to buy a new driver or pre-booking their tee times to ensure they could get on the course.

Participation Trophies for All

The lure of striping your shot down the center of a long fairway, carrying the water and soaring over the trees, just like the pros on the PGA Tour, has given rise to equipment that yields the potential for longer shots and golf courses built to “bragging rights” yardages. But just because the pros take on the 7,800 yards of Chambers Bay or Whistling Straits doesn’t mean the average golfer, especially the rookie golfer, will find the experience pleasant or rewarding.

For many players, long tough courses translate to five-plus hours of frustration. In addition to tying up courses, slow and unsuccessful play does little to attract a generation that grew up receiving gold stars and participation awards simply for taking part in other sports.

Recognizing that success motivates all golfers, the USGA and the PGA of America collaboratively launched “Tee It Forward” to encourage players to play from the tee that best suits their driving distance. Fifty-six percent of participants in the initiative reported they played faster and were likely to play more often; eighty-five percent said teeing the ball forward made the game more fun.

Other initiatives, such as “Time for Nine” and “Play9,” are intended to motivate both new and seasoned golfers to embrace the pleasures and rewards of playing nine holes and calling it a day, whether a golfer is playing a true nine-hole course or choosing to play only the front or back nine of an eighteen-hole layout.
Golf Didn’t Begin with an 18-Hole Format

Originally, the game of golf progressed in Scotland for centuries with no pattern to the number of holes on a course or a specific number of holes to be played in a round. Five-, seven- or twelve-hole layouts were common with various configurations of play.

The Old Course at St. Andrews was first built as a line of twelve golf holes, with ten of the twelve played twice, once out and once back in. In 1764, the predecessors of the Royal and Ancient Golf Club agreed that some of the holes on the course were too short and elected to combine four holes into two.

The two holes eliminated were among those being played twice, thus reducing the total number of holes played in a round of golf on the Old Course from twenty-two to eighteen. While the concept of eighteen shots in a bottle of whiskey is often cited as the reason for golf’s eighteen holes, in all likelihood, the layout of the Old Course evolved naturally within the space allowed by the rills and berms of the links land. Over time, the eighteen holes at St. Andrews became the standard for golf courses worldwide.

The Rebirth of the 9-Hole Course

Today, thirty percent of the public golf courses in the U.S. are a nine-hole layout. Countless twenty-seven or eighteen hole courses, public or private, are regularly played as either two or three nines and ninety percent of all U.S. public golf courses offer players a nine-hole rate. As the industry acknowledges the need to offer shorter, cheaper and less demanding golf experiences, nine-hole and executive courses as well as putting courses are gaining renewed respect.

Among its many projects, Pinehurst Resort & Country Club announced in November 2016 that it will begin developing a short course, utilizing ten acres occupied by the first holes of Pinehurst No. 3 and No. 5. The project, under the supervision of course architect Gil Hanse, (Hanse Golf Course Design, Malvern, PA), is scheduled to begin this summer, with the course opening planned for the fall.

Thistle Dhu, Pinehurst’s popular putting course, will also be expanded. Both initiatives are motivated in part by the importance of offering golfing experiences that can be enjoyed by players of all ages and all skill levels and which do not require a four-and-a-half to five-hour time commitment.

Across the pond, course architect Jonathan Gaunt (Gaunt Golf Design Limited, Derbyshire, UK) is advocating taking eighteen-hole courses that have overly tight layouts or have been crowded by residences or commercial development and reducing them to more economically sustainable nine-hole courses with a practice area.

Even the Royal and Ancient is validating the credibility of nine-hole golf, having introduced a new amateur championship, inaugurated on the eve of The 145th Open (2016) at Royal Troon. This year, the event is expanding to golf clubs in Great Britain and Ireland, with amateurs being given the opportunity to qualify at nine-hole events held at R&A affiliated national associations in Ireland, Scotland, England and Wales.

The mantra of “less time, less money, more fun,” seems profoundly logical for attracting and retaining golfers. Despite hopeful indicators that the industry is stabilizing, existing golf courses, however, are still closing at a greater rate than new courses are being built.

Of the courses being permanently shuttered, facilities with only nine holes represent a disproportionally high segment of the closures—perhaps as great as fifty-seven percent. The nine-hole format in and of itself is not a magic number.

Superintendents understand the problem. Despite needs for newer and better equipment and more laborers, they recognize that the number one need for most courses is more players. In a changing world, golf cannot rest on history or tradition; it is no longer a case of, “If you build it, they will come.”