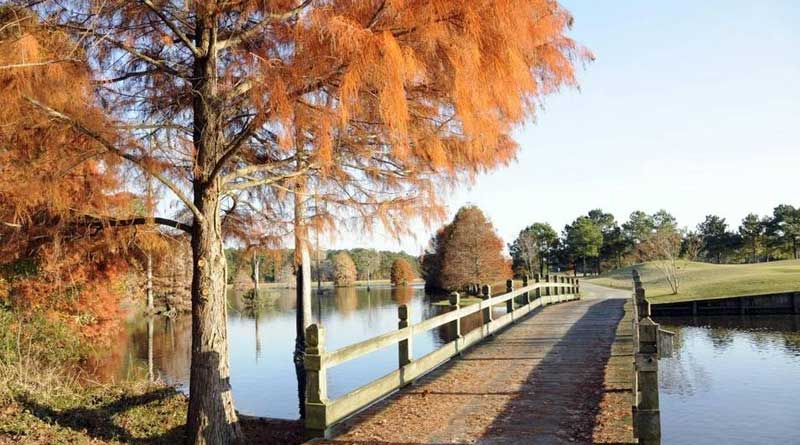 The operators of Crow Creek Golf Club enjoy offering bentgrass greens, so they are going against the predominant trend in the Myrtle Beach golf market to replace bent greens with an ultradwarf Bermudagrass.

Crow Creek is scheduled to close on June 1 for a renovation project that will include the changing of its greens, which will be redone with bentgrass.

The Rick Robbins design in Calabash, N.C., still has the original L93 bentgrass greens it opened with in 2000, and course operators have narrowed their list to three possibilities as a replacement grass, including an updated strain of L93 that is designed to be more heat-tolerant and recover from ball marks more quickly than its predecessor.

“It will be a chance for us to be a little more unique,” Crow Creek head pro Jimmy Biggs said. “Everyone else is going to Bermuda and we think we know bent pretty well.”

Once a prevalent and preferred putting surface on Grand Strand courses, bentgrass has consistently been replaced by ultradwarf Bermudagrasses with their proliferation over the past 15 years, leaving less than 10 Strand courses with bent greens.

Bent is considered a superb putting surface with minimal grain, but it’s a cool-weather grass so it tends to become stressed in the summer months. Bermuda is a warm-weather grass that goes dormant in colder months, and is either overseeded or allowed to be played on through dormancy.

The nursery green at Crow Creek was used to test seven different strains of bentgrass.

“We were extremely thorough and now we’re trying to determine which one will give us the longest performance,” Biggs said. “We’re trying to do something that will be good for us year-round.”

Crow Creek’s green contours, which feature some severe undulation, won’t be altered. “There’s a lot of character in those greens,” Biggs said. “There are some relatively easy shots here and those greens with all those undulations are the only defense some of those holes have.”

Superintendent Joe Jamison, who has been at Crow Creek since its opening, will oversee the renovations.

The course is not scheduled to reopen until early October, and other improvements will be made during the down time.

Drainage will be improved in several areas including some fairways and green fringes in an attempt to allow carts on fairways more often, and repair or renovation work will also be done on the concrete cart paths, wooden bridges, landscaping, a few tee boxes, the cart barn that is contained in the clubhouse, and the restaurant. The course’s bunkers were rebuilt two years ago.

“With all these changes we think we’ll be unique and in the top condition of golf courses in the area,” Biggs said.

Biggs said a grand reopening event for people in the area golf industry will precede a reopening to the public.