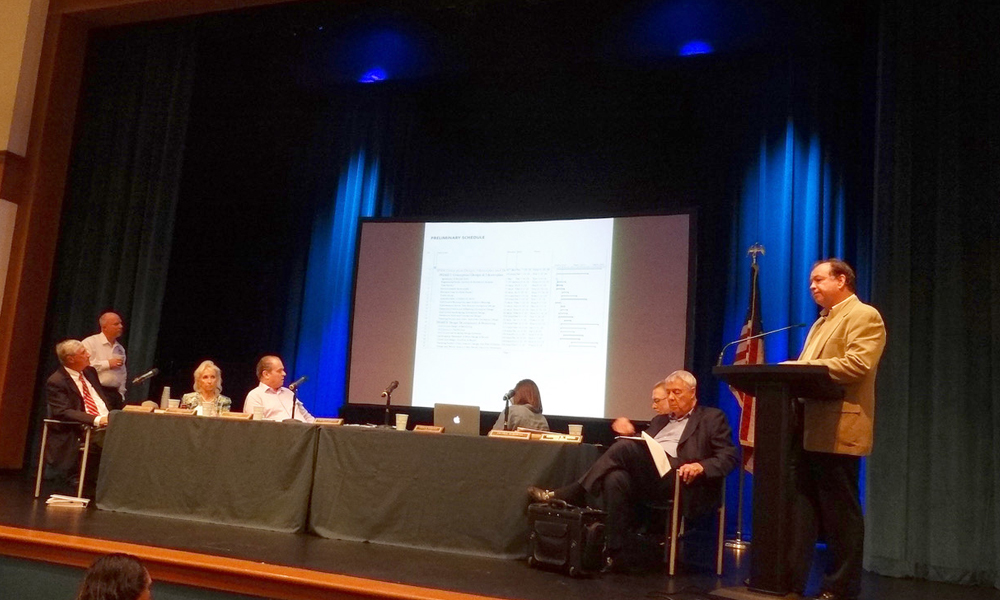 The design for the course was selected during the third public input meeting held by the Greater Boca Raton Beach & Park District.

The board unanimously selected the design that was recommended by the Price Fazio architect team.

Vice President of Nick Price Golf Course Design Wayne Branthwaite said this design made the most sense and appealed to a wider audience. All the amenities are close to the clubhouse: the nine holes, the 18 holes, the driving range and hotel. He had called it ‘the’ option that meets all the [Beach & Park District’s] goals.

Branthwaite, who hails from South Africa, was once a Certified Golf Course Superintendent. After building a few courses in Asia, Branthwaite joined Gary Player’s design firm for a few years before he was hired full-time by Nick Price.

Also present at the most recent public input meeting on the golf course was golf course designer Tommy Fazio, and other members of the Price Fazio team.

Fazio called the 80-acre northwest parcel the most ideal for a new clubhouse – compared to two smaller parcels: a 72-acre east parcel and a 62-acre west parcel where the old maintenance facility and clubhouse were located.

After waiting on permits to begin demolition of the old buildings, the Beach & Park District received the permits last month and a perimeter fence has gone up, according to Assistant Director Briann Harms. The hotel, clubhouse and maintenance building will be demolished by a subcontractor of MDS Builders Inc., the company that is working on the Swim & Racquet Center.

The property in question is a .8 acre property at 5910 NW 2 Avenue, on the northeast corner of Jeffrey Street (east portion of the golf course). It was appraised at $660,000 but the owner is asking $850,000. The property was the sales office of Boca Teeca and has an enlarged parking area. However, it is currently being used as a winter residence for the owner.

Following the meeting, The board was in favor of having Executive Director Art Koski explore with the city their serious interest in abandoning Jeffrey Street east of 2nd Avenue, and finding out if they would agree to a rezoning (from residential to commercial) if the Beach & Park District were to purchase the property.

“I’d like to see us improve both sides of the entrance with some type of landscaping improvement to benefit residents and the golf course,” he said.

After discussion, Koski was given the go-ahead to get landscape ideas and cost estimates from Branwaite’s team.