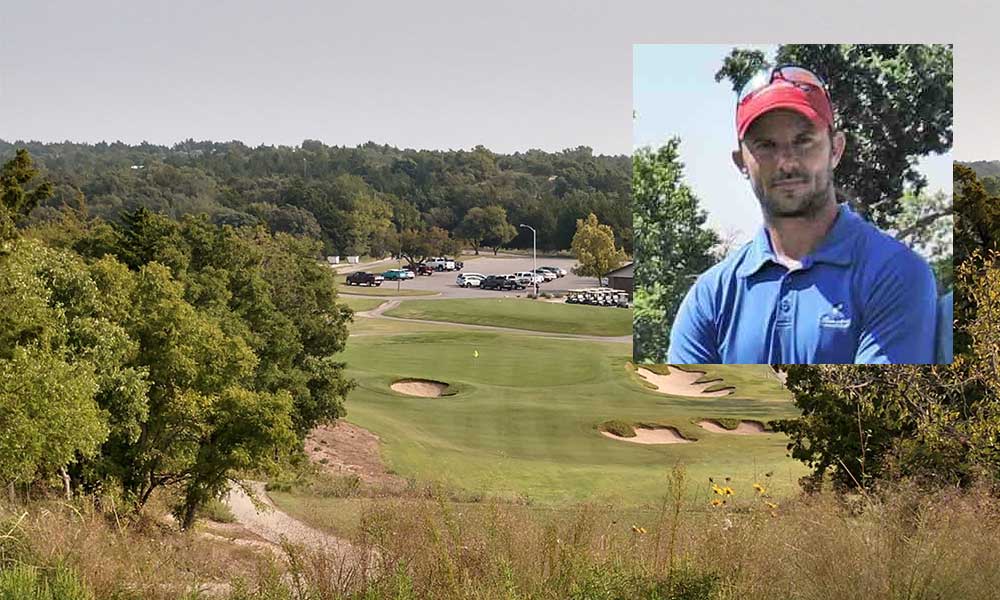 Golf Course Superintendent and General Manager of the Boiling Springs Golf Club in Woodward, Oklahoma, Jeff Wagner might have walked into every turf manager’s worst-case nightmare. The fact that he did it by choice, leaving affluent clubs in Colorado, makes his story even more remarkable, almost as significant as the dramatic results he achieved in only his first year at the helm of this struggling and environmentally challenged public course.

In the account that follows, Jeff describes the amazing turnaround in his own words.

This is my personal story of how I walked into a struggling operation and restored a failing municipal golf course in western Oklahoma with little money, little labor, and little hope.

‘My journey to becoming a golf course superintendent began eight years ago after graduating with a bachelor’s degree from Oklahoma State University in Stillwater, OK. I started my career in Colorado, working at several high-end private clubs.

I loved my work, and I loved Colorado, but I am an Oklahoma guy and after seven years in Denver, I wanted to return to my native state. Late in the spring of 2015, I was fortunate enough to be hired as the general manager and golf course superintendent at Boiling Springs Golf Club in Woodward, OK.

The golf course had been closed in late 2012 due to a history of chronic mismanagement and ongoing struggles maintaining the putting surfaces. In early 2013, the city of Woodward took control of the property and renovated the golf course.

Boiling Springs Golf Club reopened in the fall of that year. Despite the completion of an entire fumigation process, by the fall of 2014, the greens were lost once again due to a combination of various and extremely complex agronomic issues. Upon my arrival in 2015, I faced a failing operation, a golf course infested with nematodes, and a small budget and crew to restore the course.

I started my work using all my past training and experience. I was spraying treatment for nematodes and utilizing traditional techniques month after month, hoping to see improvement, but nothing was happening. I had other issues. The course was built on pure sand from the North Canadian riverbed, and I was using effluent water. Sodium and bicarbonates, sand, and a transition zone climate, and the lack of an effective nematode control were causing major issues.

Desperate to remedy our problems, I remembered Blackstone Country Club (Aurora, CO) had a fertigation system, so I called Michael Chaplinsky at Turf Feeding Systems to get a quote for an injection system.

We talked, he gave me a price quote but he said, ‘Why don’t you become our case study, and I can help you restore your course?’ I said yes, but he had one requirement, ‘You will need to follow my instructions and agree to use the products I will get for you to use. Can you do that?’ I said yes again, and I started his program in July of 2015.

He brought in two of his strategic suppliers: GenNext Biotech that produces a line of special humic/fulvic acid/enzyme complexes to improve plant and soil health and G.E.M Probiotic organics to inoculate the soil and treat for nematodes. I started spraying the products regularly, and then at the end of July, Michael arrived with a G1000 Turf Feeding Systems fertigation system, and I had a total program.

The fertigation got me off the sprayer and saved hours of labor. Because it was a two-tank system with mixers, I could brew a special blend for the greens and tees as well as another mixture for the fairways and inject each separately. It was only two weeks after the fertigation was installed that the golf course began to change dramatically, and each week it continued to get better. Two months into the program, the golf course hosted our first tournament, and everyone was amazed at the immediate improvement in quality, color, and playability.

After only eight months from the day I started work at Boiling Springs, the golf course is as good as any neighboring private club, and my goal for next year is to be one of the best courses in all of Oklahoma. With the help of Turf Feeding Systems, I know now I can do that.

I learned how much easier it can be to manage a golf course with limited labor and financial resources after ‘unlearning’ all the chemical methods I was taught. I realize that when the main focus is on soil and plant health, it is easier to grow and manage a great golf course simply and cheaply. ‘

Wait … How Bad was it at Boiling Springs Golf Club?

Superintendent Jeff Wagner’s problem started with the challenge of growing cool-season turf (bentgrass) in a transition zone where the annual temperature can vary by more than 100 degrees. The problem was then compounded by irrigation with effluent water, an extremely high indigenous population of sting nematodes, a small staff, and a limited budget at a course with a history of mismanagement.

To take the course from being nearly unplayable and within a year and restore its health and vibrancy is a dramatic accomplishment, one that Jeff credits in full to fertigation with Turf Feeding Systems. Add in the fact that Jeff conservatively projects the course will save some $200,000 over the next five years and it is easy to see why he champions the program. However, as Jeff points out, inherent in restoring the turf and saving money is the reduction in the use of chemicals, fertilizer, and water at the golf course.

‘We take pride as a society in utilizing recycled materials as often as possible in any industry,’ said Jeff, ‘but we can’t recycle our planet. This is the right thing to do!’

Bigger Than the Game of Golf

You’ll find Texas-based Turf Feeding Systems (www.turffeeding.com) fertigation systems on over 3,000 golf courses in the U.S. and around the world, including some of the top 100 courses, and on the 2016 Olympic golf course in Rio de Janeiro, Brazil.

Michael Chaplinsky, president and founder of Turf Feeding Systems, is clearly a man on a mission. After more than 28 years in the golf fertigation business, he describes his current direction as an ‘epiphany,’ explaining, ‘We are changing the golf game from the bottom. We can improve any municipal course to achieve the turfgrass quality of a private course while saving them a lot of money in their budget. Those savings can then be used to buy new mowers or improve the irrigation.’

Michael’s epiphany, however, extends his vision far beyond the golf course. He knows his products and the research on which those products are built have a significant application for use on sports fields and parks and, most importantly, in agriculture. ‘Soil health,’ said Michael, ‘is the secret to reducing irrigation water use up to an incredible fifty percent and chemical use up to sixty percent, while increasing crop production.’

Last May, Michael Chaplinsky spoke before the 2015 Eurasian Business Forum in Almaty, Kazakhstan, and introduced his new business partner Aslanbek Majitov, president of Global Water and Soil Solutions (GWSS). Kazakhstan, which is the largest and most productive economy in Central Asia, is also the largest agriculture economy in Eurasia. Thanks to the fertigation and irrigation technologies of Turf Feeding Systems and GWSS, vast areas of arid soil in Kazakhstan are being transformed into land suitable for agriculture and food production.

From olive growers in Texas to farmers in Ghana, Uzbekistan, and Bali and, of course, golf courses worldwide, Turf Feeding Systems is effecting meaningful change, redefining sustainability for agriculture, turf management, and golf.