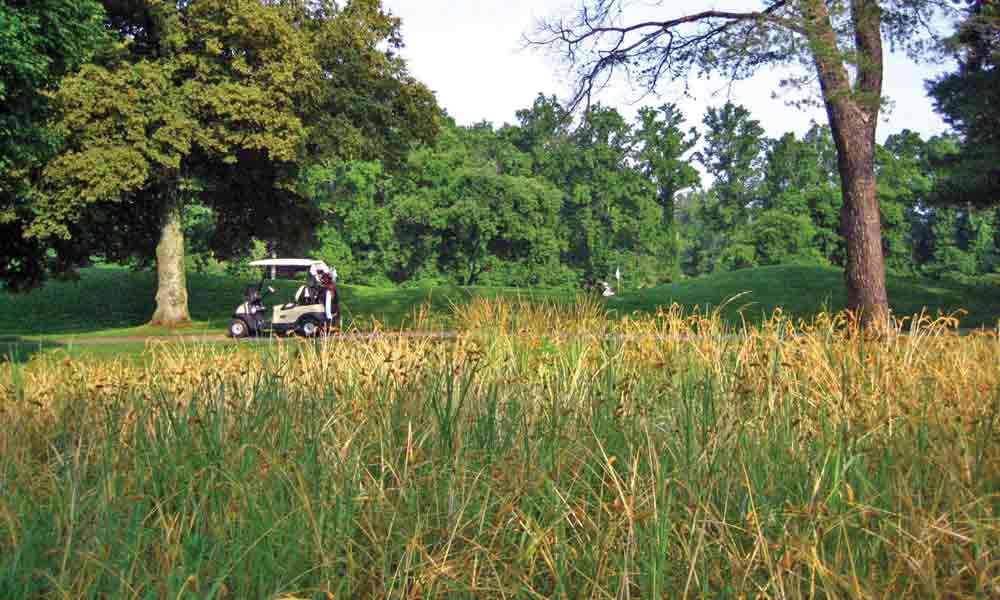 Good stories always seem to start with good people. The history of Ernst Conservation Seeds is certainly one of those good people, good story narratives.

Calvin Ernst, the founder of Ernst Conservation Seeds, grew up in the farmlands of northwestern Pennsylvania. Inspired by his parents, Ted and Elsie Ernst, his love of nature led him to earn his Pennsylvania nursery license at age fourteen. With guidance from his 4-H counselor and from the local Penn State University Cooperative Extension office, Calvin grew a Crawford County, Pennsylvania, record corn crop while he was still only a senior in high school.

In 1959, he headed to Penn State to study agricultural bioscience. Immersed in his coursework, Calvin was allowed to reside in one of the university’s greenhouses where one can only imagine that he was practically eating, sleeping and breathing his plant science studies.

During his time at Penn State, Calvin became involved with research that the Pennsylvania Department of Transportation was conducting on the crownvetch plant. Crownvetch (Coronilla varia) is a perennial legume in the pea/legume family. This vine-like plant spreads rapidly through seed and rhizomes and can be used as a quick-growing, cost-effective ground cover. Sometimes described as “living mulch,” crownvetch provides erosion control while returning nitrogen to the soil, with its nitrogen fixing properties increasing with each successive year it grows.

While Calvin was still in college, he and his brother Luther began growing crownvetch on their father’s farm. Starting in 1963 with a $1,000 investment in seed, the brothers planted five acres, which they harvested and sold to the Stanford Seed Company. Having established the profitability of growing crownvetch, the Ernst brothers were soon leasing land on which to grow more and more acres of a crop that was quickly gaining commercial viability.

The Right Plant at the Right Time

As American families of the 1950s and 60s took to the roads, the U.S. proactively expanded its superhighway infrastructure. With goods and freight to transport by truck and a vibrant generation inspired by advertising that called them to, “see the U.S.A. in a Chevrolet,” a network of highways sprang up across the nation. Seemingly overnight, demand was created for groundcover to use on rights-of-way and medians as miles of roadways unfolded across the countryside. Throughout this time, Ernst Crownvetch Farms was there, responding to the call to serve the needs of highway departments and government agencies involved with the interstate highway system.

Over the years, the economy has fluctuated and market demands have changed. In 1967, the company purchased the 180 acres of farmland in Meadville, Pennsylvania, that today is home to Ernst Conservation Seeds. Along the way, this family owned and operated business has made strategic adjustments, transitioning from crownvetch to grains to conservation seeds and native grasses, all the while keeping the business integral to the family.

Today, Ernst Conservation Seeds has nearly 90 employees and over 9,000 acres of native seed production in northwestern Pennsylvania. Here, family, business, employees, a love of the environment and an attitude of optimism and visionary-thinking interweave, creating strong bonds and a powerful brand.

Although the company’s products include an interesting diversity of crops and initiatives, its primary focus is native seeds. While many people have heard of heirloom seeds, they may be less aware of native seeds or of the differences between the two. Depending upon whom you ask, the definition of heirloom seeds varies, which makes understanding the distinction between the two types of seeds even more confusing for the layperson. 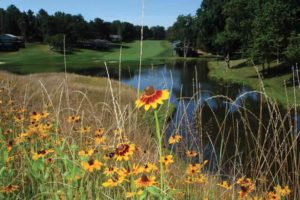 According to the UMass Extension Center for Agriculture, “Most (gardeners, farmers and cultural historians) agree that an heirloom variety must predate the era when the first hybrid vegetables developed from inbred lines were introduced. That was in 1951. Some think that heirlooms should include only those varieties that were not developed for the commercial trade.”

Randy Ferguson, Director of Marketing and Communications at Ernst, simplifies the understanding of native seeds, describing them as, “The species of plants, generally speaking, that existed in a location prior to European settlement.”

Native seeds are inherently the seeds that will thrive best when planted in the geographic area where they were originally found. Over time, native plants will tolerate weather conditions, rainfall or lack of rainfall and insects native to the area better than any other plants you might attempt to grow in that space. They are fundamentally the right plants for the location. As such, they will not only attract much-needed pollinators, but also, they will attract the songbirds that are best suited to survive in that target environment.

The Ernst Seed mission statement includes a commitment to making available in eastern North America, “… key native and naturalized species of plants for restoration, reclamation, conservation, wildlife and pollinator habitat enhancement, renewable biomass energy and the beautification of our nation.” The company lives its mission, growing more than 400 different crops.

Calvin and Marcia Ernst’s children, Andy, Michael and Robin, are carrying on the family business, with the brothers sharing the responsibilities of daily operations for Ernst Conservation Seeds and Ernst Biomass. Sister Robin is the president of her own restoration company, Meadville Land Service.

Ernst Biomass is one of the many unique directions in which the Ernst family has taken the company. For decades, Ernst has grown grasses, harvesting the seed to sell without making marketable use of the stripped switchgrass that remained after harvesting. But in 2008, the family decided to use the byproduct of their seed harvest in a more sustainable and environmentally accountable way.

To accomplish this, they built a mill and began manufacturing pellets from the dried and ground grass fiber that remained in the field after the switchgrass seed harvest. The company now sells the pelletized fiber as an industrial absorbent called Ernst Cuttings Pro™. It also sells the absorbent non-pelletized product as Ernst Shale Dry™ and as livestock bedding under the brand Thorobed™ Premium Horse Bedding Pellets.

Golf courses, parks and other facilities often face issues of maintaining environmentally sensitive wetlands. These areas can be wet meadows, such as the perimeter of a wetland or pond, or retention basin areas that capture runoff water. In the case of golf course construction or course renovation, the areas can be newly created wetlands, basins with wetland functions, flood plains or the perimeter of ponds or open water.

Meadville Land Service, headed by Robin Ernst, is a full-service mobile restoration company specializing in the construction, restoration and mitigation of streams and wetlands, as well as native planting of seeding and the installation of bioengineering material. The team at Meadville Land Service understands the types of wetland and riparian vegetation issues that can confront golf course superintendents and the challenges involved in balancing environmental concerns while maintaining the vegetation that facilitates the golf experience. 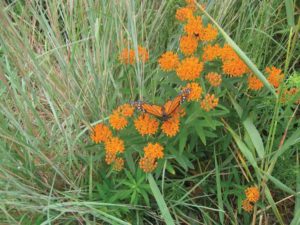 The Pike Creek at Three Little Bakers Golf Course Stream restoration (Wilmington, Delaware) is an example of one of many projects where Meadville Land was able to restore the creek, thereby, creating a stable stream system with enhanced trout habitat and improved water quality. In the process, high-maintenance turf areas were transformed into naturally functioning woodland buffers that enhanced the aesthetic appeal of the golf course.

The More One Sows …

American author Dr. Orison Swett Marden is credited with the quote, “The more one sows, the greater the harvest.” For more than half a century, Ernst Conservation Seeds has been sowing seeds.

From its deep roots in the farmland of Pennsylvania, the company has put out new branches and seen flourishing new growth. It seems that the hardworking Ernst family, through their lives and their legacy, may have written a new ending to Dr. Marden’s famous quote: At Ernst Conservation Seeds, the more they sow, the greater the harvest, and the more they harvest, the more they continue to sow.

Find out more at www.ernstseed.com.

Linda Parker has been writing professionally since the 1980s. With clients in finance, sports, technology, change enablement, resorts and nonprofit global initiatives, Linda helps organizations communicate their stories in meaningful ways to the people they most want to reach. She has authored, ghostwritten or contributed to more than a dozen nonfiction books. Linda is a member of the Authors Guild and the Golf Writers Association of America. You can connect with her on www.linkedin.com/in/lindaparkerglindacreative/