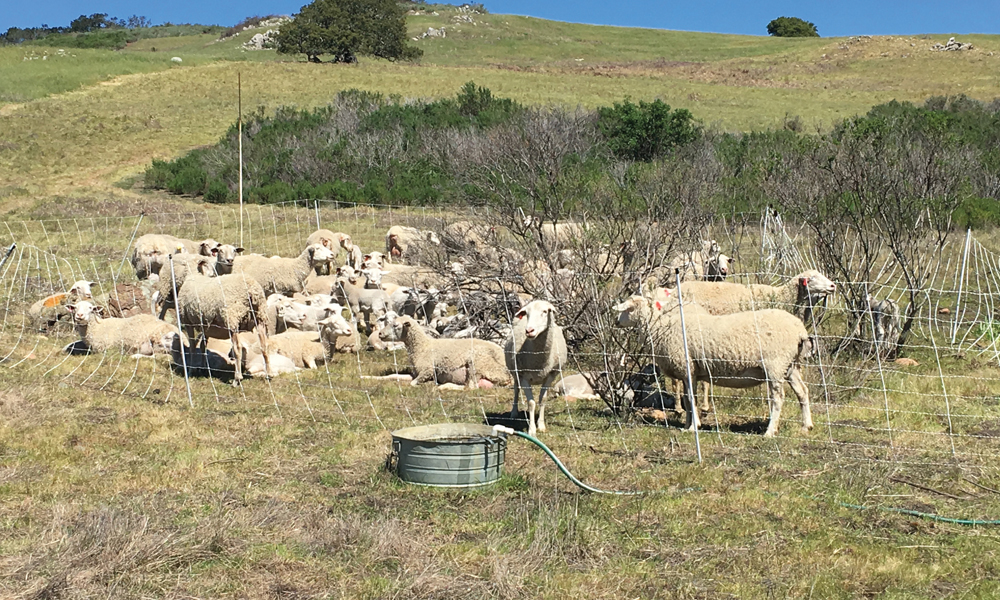 Southern California’s San Luis Obispo County has many claims to fame. PGA Tour winner Loren Roberts was born there. Super Bowl winning coach John Madden graduated from college there at California Polytechnic State University, the acclaimed “Cal Poly,” and Jeopardy’s Alex Trebek once owned a horse farm in this fertile agricultural region, which is renowned for its thriving vineyards and its abundant strawberry fields.

There’s also Josh Heptig, the golf superintendent who, as the Director of Golf Operations, oversees the three courses of San Luis Obispo County’s Parks and Recreation Department. As the recipient of the GCSSA’s 2017 President’s Award for Environmental Stewardship, Josh is a bit of a celebrity himself.

Josh’s renown, however, was growing long before he received the GCSAA award. Ironically, it may even have started with a herd of sheep.

Twenty plus years ago, when earth was turned and churned in the building of the Dairy Creek Golf Course, one of three public facilities in San Luis Obispo County, soil strata was disrupted and dormant weed seeds were disturbed. Despite previously having been pastureland covered in the wispy, native southern California grasses that are so well-suited for grazing, by the time construction was completed, the land that buffered the golf course was rampantly overgrown with weeds and undesirable plant species. Even with best efforts having been made to design into the land and disrupt the topography as little as possible during build out, the soil had been disturbed just enough to give the unwelcome grasses the foothold they needed to germinate and thrive in the unirrigated soil.

Of course, the logical first reaction to a weed problem is to go after it with chemicals and mechanical measures. After all, weeds are not only unsightly, they encroach on the perimeters of the course, and with every breeze or footfall, their seeds scatter onto the fairways and greens.

Josh, however, chose an alternative direction. He enlisted support from the Animal Science faculty at nearby Cal Poly University to help the team at Dairy Creek. Professor and Sheep Specialist, Robert T. Rutherford, developed a plan to use grazing sheep to return the vegetation mix in the buffer acreage to its pastureland composition of native grasses.

Before the sheep were brought to the facility, grad students from Cal Poly performed a plant population study at the golf course to determine which species existed in the native areas after the course was completed and at what densities versus which ones were there before construction. They based their pre-construction assessment on the Environmental Impact Report done prior to the facility’s development.

Dairy Creek Golf Course launched its project with a mix of twenty ewes and twenty lambs. “Yes, sheep were being used to help maintain our Dairy Creek Golf Course,” explained Josh, “but we did not go back to the historic practices of golf where these animals were the sole way that turfs were managed.

“Instead, our goal was to let the sheep assist us. Dr. Rutherford’s plan allowed us to use these amazing creatures to maintain and enhance our ‘native areas’ surrounding the holes and golf course.”

In a holistic approach to land management, ruminating animals are a valuable tool to help reestablish a better density of the more desirable native grass species. Josh described the sheep as being like children at the dinner table. Sheep eat their favorite plant first. When all their first-favorite specie is gone from the area, they make a second pass, eating their second-favorite food, and they continue in this way until they have eaten all the vegetation that is desirable to them. While the process sounds simplistic, the reality is, when ruminant species bite and chew the weeds and grasses, plant species that “don’t like to be bitten” decline. 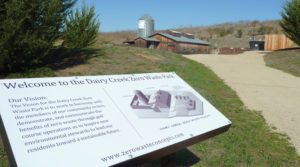 “Many people,” Josh said, “envision grazing as a negative practice. Grazing has gotten a bad reputation as animals are often left in areas too long and overgrazing occurs. Our animals are left in a certain area (typically 1/8 to 1/4-acre sections) for no more than two to four days, dependent upon the amount of feed and litter for ground cover and habitat. We don’t want bare or nearly bare soil. When the sheep are ready to be moved, there is actually quite a bit of plant material left for other wildlife to use for cover.”

Dr. Rutherford anticipated that the process would take five to ten years before the plant assortment returned to its pre-construction mix of native grasses and weeds. When the sheep first joined the Dairy Creek Golf Course maintenance crew, undesirable weeds accounted for 50 to 60 percent of the plant life in the target buffer areas. Within only three years, these same soils were roughly 85 to 90 percent native grasses.

In addition to being a highly successful strategy for weed control, the project had a few special considerations as well as unanticipated benefits. “Our hillsides,” said Josh, “do provide food and shelter for some large predators in the form of mountain lions, so we are not able to let the sheep run free. Instead, they are moved around the property in approximately 1/8 acre sections enclosed by electrified fencing.”

The population of sheep at Dairy Creek has now grown to ninety sheep, comprised of approximately forty ewes and fifty delightful lambs. Understandably, the lambs turned out to be a main attraction during the Easter egg hunt the golf course hosted this year for local children. 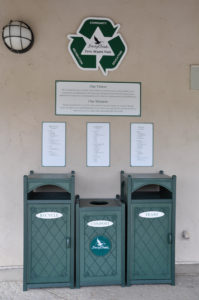 Where Prison Overcrowding Was Once the Solution to Irrigation

San Luis Obispo County averages more than 300 days of sunshine per year, which is great for golf as long as you have access to irrigation water. Despite last year’s record rainfall, the preceding period of unending sunshine and near non-existent rain claimed a serious toll on the state’s golf courses. For perspective on how bad the situation became, consider that many restaurants stopped serving water as a beverage while those that did, often priced it higher than the beer they also offered on the menu.

At the peak of the drought, federal mandates requiring California to reduce its prison population to not more than 100 percent occupancy added insult to injury at Dairy Creek, which utilizes reuse water from the California Men’s Colony State Prison. Through the early release of some prisoners and the state’s reclassification of a number of crimes from felonies to misdemeanors, prison populations declined dramatically as California complied with the federal directive.

While the county could sell water to other counties, it couldn’t allocate water for the low-priority use of golf course irrigation. Courses with wells reduced consumption but were still permitted to irrigate with well water. Dairy Creek, unfortunately, had no well. Nor did the management have any success in its twenty-two attempts to have one drilled.

Allocation of precious water was prioritized, and as Josh pointed out, “Understandably, we weren’t just at the bottom of the totem pole. Golf wasn’t even on the totem pole at all.”

Over a period of twelve months, Dairy Creek lost 60 percent of the water it relied on to irrigate its golf course. As the course became browner and the playing surfaces hardened, Dairy Creek also lost 40 percent of its rounds of golf and 50 percent of its income, which included declining revenues from its once-busy clubhouse and catering operations. 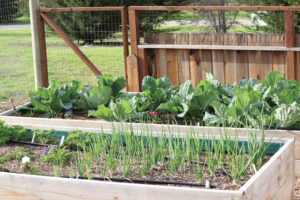 But Josh has persevered. Problem-solving seems to be inherent in his personality; the bigger the challenge, the harder he fights to solve it. The crew at Dairy Creek has utilized a variety of strategies to cope with the challenge of having roughly a third as much irrigation water as the course requires, experimenting with where and how they use irrigation, the addition of wetting agents and other techniques for dealing with limited water. They are tinkering with the rules of golf and encouraging golfers to do the same to cope with golf shots that too often end up in undesirable spots. They’ve also held workshops to educate the public as they nudge golfers to be receptive to courses that look and play like the bump-and-run courses of Scotland.

And in the exploration of making significant changes at Dairy Creek, the Parks and Recreation Department has contracted course architect Andy Staples. Staples, who has designed successful mixed-use golf facilities such as Rockwind Community Links in Hobbs, New Mexico, is helping develop a plan that may reduce the number of holes while expanding other recreational uses of the Dairy Creek property. But even though a major transformation may be in Dairy Creek’s future, the sheep continue to flourish and will remain as valued members of the golf course maintenance crew.