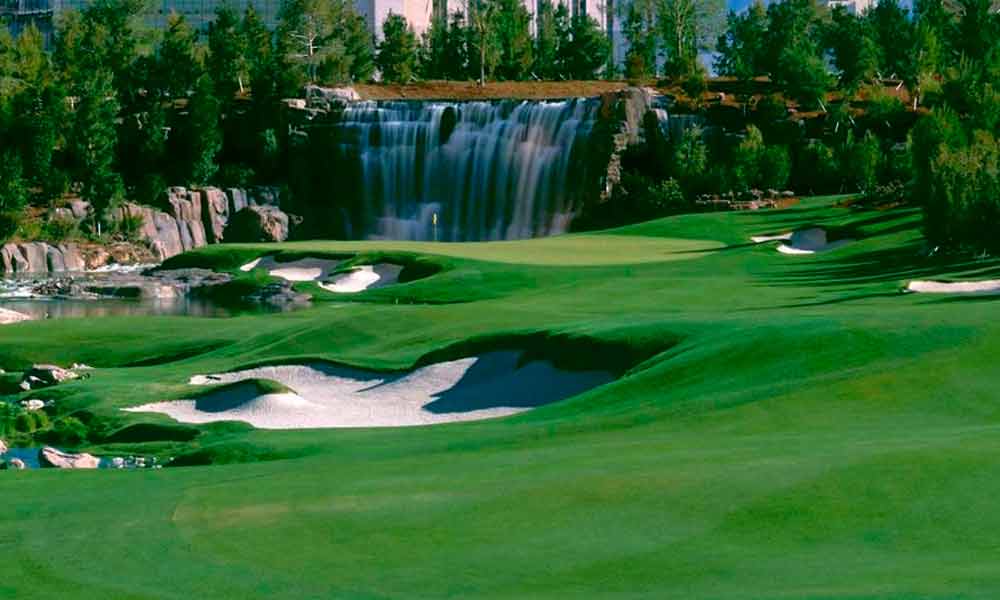 While the typical discourse surrounding golf courses in America has to do with them closing up shop, one famous course is being restored: The Wynn Las Vegas.

What was once named Wynn Golf Club, designed by Tom Fazio, was shuddered in late 2017, a tragic loss for the tourist destination’s golf value. Now, just 18 months later, it’s coming back in slightly different form. When originally closed, the course grounds were set to include an addition to the hotel and the creation of a lagoon-type setting called Paradise Park.

Then, late in 2018, plans for Paradise Park were closed, and the thought of restoring a newer version of the old course became real. In October, it will be unleashed to the public.

The restored course will feel much the same as the original Fazio design, in large part because he was tasked with the new design, working alongside his son Logan. It will stand as the only course connected to a resort on the Las Vegas Strip.

“Golfers of all skill levels will enjoy the many new aspects of the course,” said Brian Hawthorne, Executive Director of Golf Operations. “[It] offers a private escape from the fast pace of Las Vegas supported by the five-star service Wynn is known for.”

For now, your best bet to land a tee time will be to reserve a room at Wynn or Encore. That connection will help you secure tee times 90 days in advance, beginning this Saturday, July 13. Non-resort guests can reserve tee times 30 days in advance beginning in September.