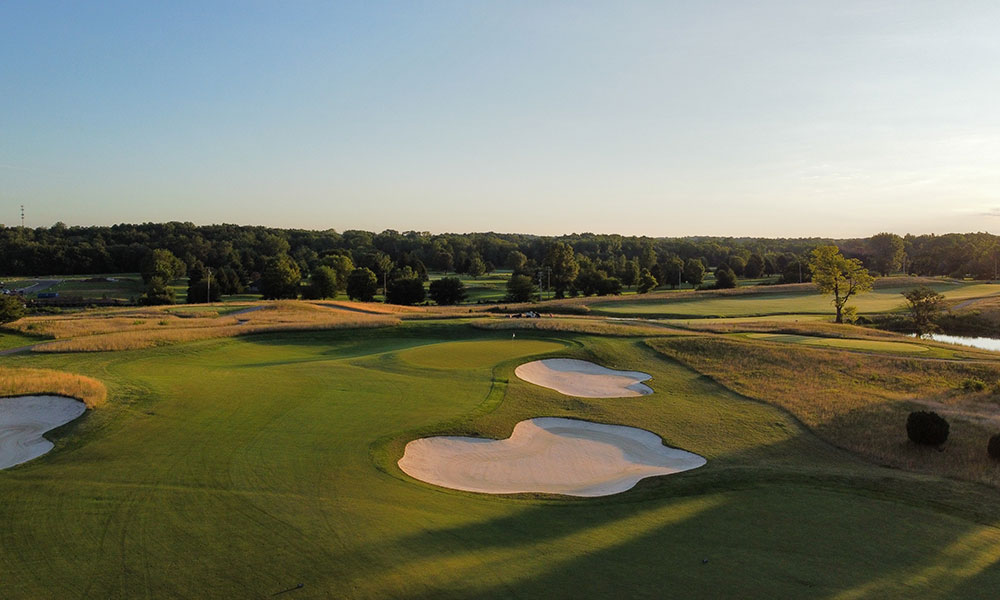 Founded in 2004, the Sagamore Club to the north of Indianapolis has a lot of bunker sand. In fact, according to superintendent Dan Grogan, who has been with the club since 2006, it has a total of four acres of formal bunkers, with high-sand flashed faces into the bargain.

It isn’t surprising, then, that bunker maintenance has always been a big job at Sagamore. “When the course was built, there was a liner installed under the original sand, but as the bunkers were repeatedly edged, more and more soil was exposed around them and the sand got more and more contaminated,” says Grogan. “Inevitably, it took us a long time to get the bunkers back into condition after severe rain – we had to pump them out, which took a lot of time and a huge amount of labour. We had to do something about it.”

Grogan started looking at the best options available to line his bunkers. After research, he concluded that the Capillary Bunkers solution seemed best for Sagamore’s needs. “I started doing some homework and talking to other superintendents about bunker liner technology, and I realised that Capillary Bunkers had one key advantage for us over competing products – we could install it ourselves,” he says. “So, in 2016, we did so on an initial test bunker. We picked one that washed out regularly and didn’t drain too well, and we were very pleased with the results. Based on that, we started an in-house bunker update project, picking off the bunkers one by one.”

This went on for a while. “Eventually, we had done more than fifty bunkers in-house – more than two and a half acres of them,” he says. “There was only one greenside bunker left, but it was an enormous one, more than 20,000 square feet. I realised it was time to bring in the cavalry!”

The cavalry, in this case, was a crew from contractor Landscapes Unlimited, which owned Sagamore at the time. “They mobilised on site in September 2018 and were onsite for two and a half months to complete the remaining bunkers,” says Grogan.

Four years on, Dan Grogan is still extremely happy with his decision. “We are delighted with our bunkers,” he says. “Sometimes we get a huge rain event, and there’s a tiny bit of contamination, but it isn’t anything we can’t easily deal with, and apart from that, there’s nothing. Before we installed the Capillary Bunkers liner, if we had an inch of rain, half of our bunkers would need to be pumped out. Maybe a third of them would be back in play the first day after the rain. Now, we are fully back up and running by lunchtime on the first day. This fall, we had six and a half inches of rain in eighteen hours. There were definitely some washouts – we have steep faces that are eight to ten feet high – but we were back to normal in two days. That would have been an impossible dream beforehand.”