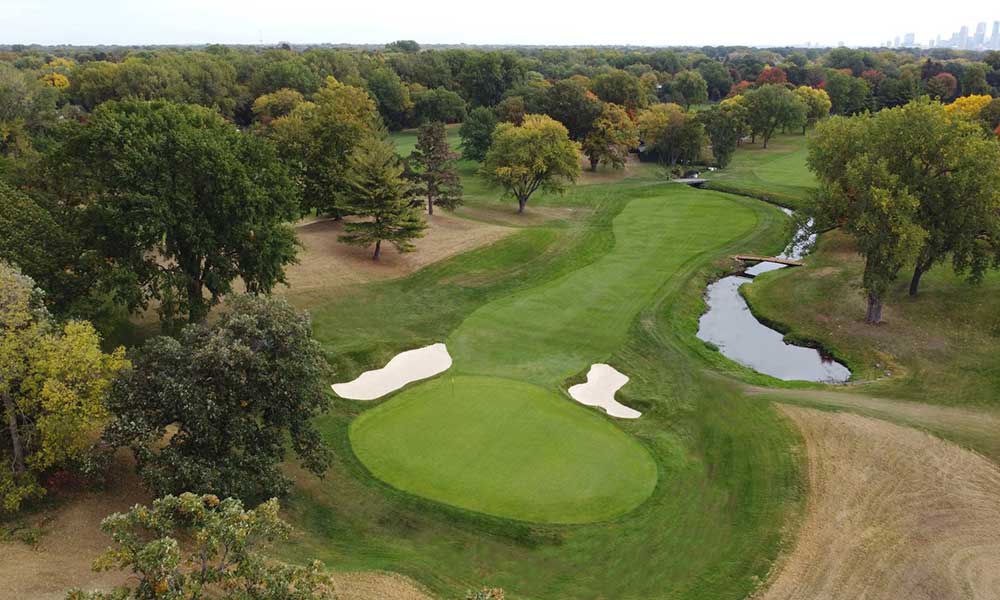 Golf course architect Kevin Norby, ASGCA has been engaged to complete the renovation of the historic Golden Valley Country Club in Minnesota.

Golden Valley Country Club opened in 1914 as a 9-hole Thomas Bendelow course and was later expanded to 18 holes by Bendelow.  In 1925, the Club hired world-renowned golf course architect A.W. Tillinghast to renovate the course. Since that time, the course’s routing has remained intact, but some of the nuances of Tillinghast’s original design have been lost.  Greens have shrunk, trees have grown and fairway corridors have narrowed.

Norby who is a member of the American Society of Golf Course Architects (ASGCA) has a deep appreciation for classic golf course design and a strong national reputation for his renovation work. He recently completed major renovations at Eau Claire Golf & Country Club (Tom Vardon, 1928) and Meadowbrook Golf Club (J. Foulis, 1926).  In 2016 and again more recently in 2022, Norby was recognized by Golf Inc. for renovations at Coal Creek Golf Club in Colorado and Fox Hills Golf Club in North Dakota.

The bunker and tee renovation project at Golden Valley Country Club is intended to make the course more playable and more maintainable while at the same time restoring and enhancing the Tillinghast’s vision for Golden Valley.  Norby has spent the past eighteen months working with Tillinghast historian Philip Young and golf architecture consultant Bradly Klein sorting through the details of renovating the course.  According to Klein, “I am struck by the depth of the bunkers and the boldness of the mounding”.  Unlike the flashed sand bunkers at Baltusrol or Winged Foot most of the bunkers at Golden Valley Country Club are deep grass-faced “sand pits”.  Some as deep as eleven feet.

The renovation includes adjusting the location of fairway bunkers, improving the visibility of the bunkers and reinforcing Tillinghast’s “master bunker” philosophy.  Norby is using a variety of resources including historical photos of the course, an aerial photograph from 1937, the 2017 course master plan and A.W. Tillinghast’s original plan from 1924.  According to Norby, “our goal here is to modernize the course by adding forward tees, softening slopes to increase pinnable area, reinstating lost green square footage, and renovating bunkers as Tillinghast might if he were here today. To reinforce the characteristics and subtleties that were important to him here at Golden Valley Country Club, we are relying heavily on his 1926 plan.”

Construction started in early September and is expected to be complete in November.  The work is being completed by Duininck Golf, a certified golf course contractor who has worked on numerous projects with Norby, including the recent renovation at Eau Claire Golf & Country Club in Wisconsin and Paako Ridge in New Mexico.