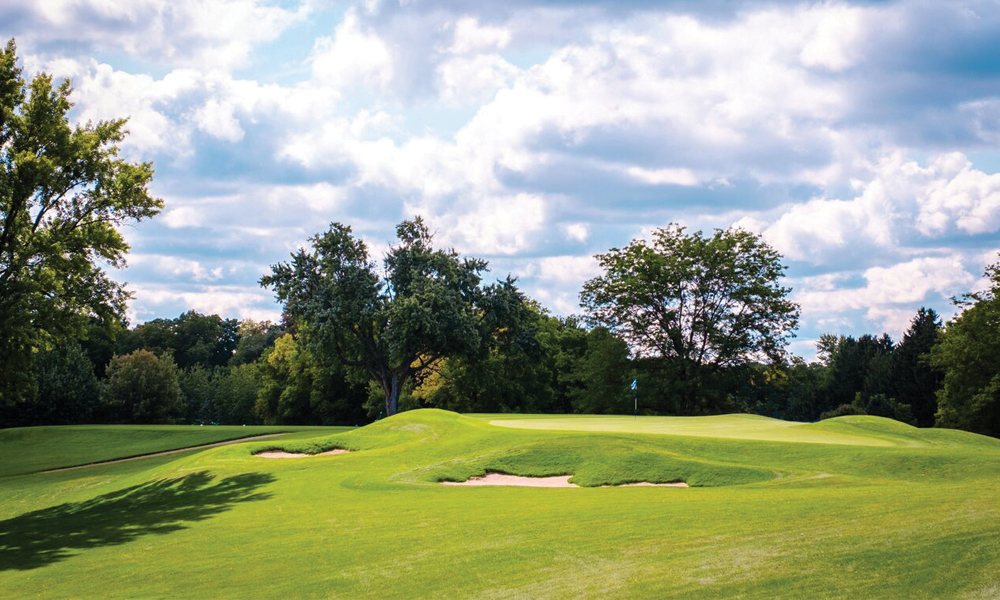 Meadowbrook Golf Club is located in Hopkins, Minnesota and is one of five courses owned and operated by the Minneapolis Park & Recreation Board. The course was originally designed by William Foulis Jr. and opened in 1924. In June of 2014, the golf course was closed when more than 11 inches of rain caused Minnehaha Creek to overflow its banks and submerged the golf course under up to five feet of water. The damage included 64 acres of dead turf, washed out cart paths and bunkers, nearly 100 drowned trees, damage to four greens and flooded irrigation satellites. Funds from the Federal Emergency Management Agency (FEMA) paid for repairs to the course.

In response, the Park Board hired golf course architect and ASGCA member Kevin Norby to assist them with navigating the FEMA process and reconstructing the golf course. According to Norby, just one year earlier, this process wouldn’t have been possible. In September of 2013, FEMA issued a policy change bulletin that provided for federal funding for damaged turf on golf courses. Prior to that change in policy, FEMA would only pay for repair of damage to infrastructure such as public buildings or irrigation components.

Norby added, the first thing that needs to happen in order to be eligible for FEMA assistance is that the governor has to declare a disaster and request funding from the federal government. Once that has happened, our first step was to prepare a cost estimate and a hole by hole assessment of the damage. Norby estimated the damage at Meadowbrook at nearly $2 million.

The construction process at Meadowbrook was completed in three phases beginning with some minor repairs that were completed in-house by Park Board golf course staff. Next, the fairways and roughs were regrassed to allow time for them to mature. Finally, Norby worked with the Park Board to solicit competitive bids for the reconstruction of bunkers, the repair of cart paths and the replacement of the irrigation system electrical components.

Norby said, we’ve probably got more experience with FEMA funded golf course reconstruction projects than anybody in the country. Norby recently completed a $5.5 million FEMA funded renovation at Coal Creek Golf Course in Colorado. In addition, Jon Schmenk, an associate architect at Herfort Norby, was involved in the reconstruction of Joseph Bartholomew Golf Course in New Orleans after Hurricane Katrina. According to Norby, when working with FEMA, it’s important that you understand and follow their procurement process. They require multiple bids and advertisement of the work nationwide to minority and women-owned businesses. Norby noted, failing to follow those guidelines can result in denial of funding.

The bunkers were the most involved part of the project, said Norby. The faces had eroded and collapsed and the drain tiles were plugged. Because the course was closed for so long, the bunkers had become overgrown with weeds. Norby said, we rebuilt the faces and restored them to a look and style that is consistent with the golden-age character of the course. Since FEMA would only participate in the reconstruction of elements that were damaged by the flood, the Park Board funded the reconstruction of the remaining undamaged bunkers. We wanted the course to look and play consistently when they reopened. We eliminated a few bunkers and actually reduced the overall square footage by nearly 30 percent.

The reseeding of the course was completed by Hartman Golf while the bunkers and irrigation reconstruction was completed by Duininck Golf – both certified members of the Golf Course Builder’s Association of American (GCBAA).