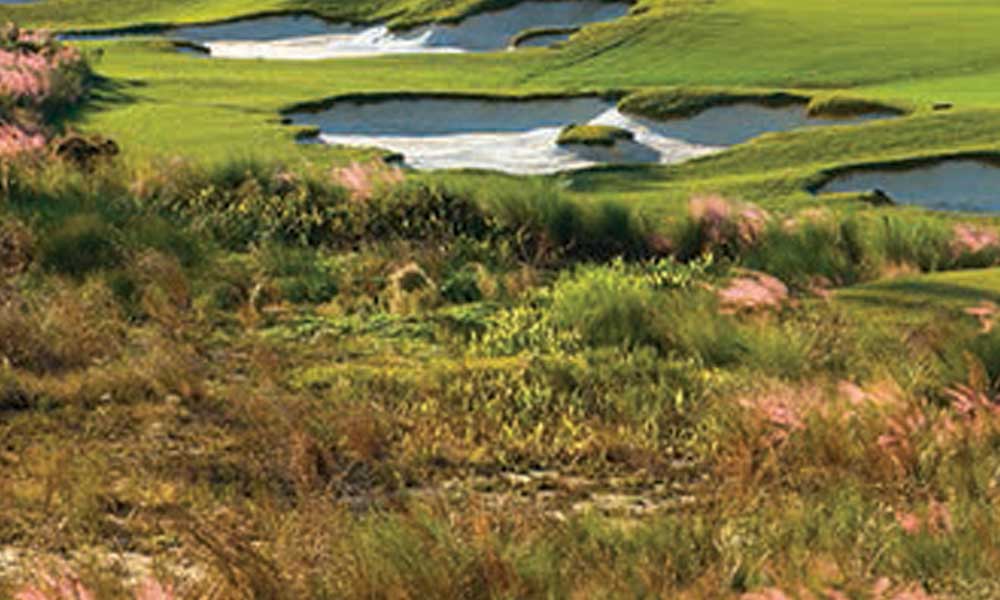 The formation of the Deep South was partly at the behest of exhibitors and sponsors who felt they could get more “bang for their buck” by bringing Turfgrass professionals from the southern states together, but the organizations ultimate focus is on providing service to their membership. According to Tricia Roberts, Executive Director of the Deep South Turf Expo, “With a regional turf conference we can bring in the top educators to provide the highest quality educational program for all turf managers. Additionally, the DSTE will offer networking opportunities that will span over a four-state region…not one state and/or organization. Members can reunite with college buddies, share success stories with peers outside their “competition zone” and make new friends and business contacts!”

The Expo has been fortunate in the leadership from a Board of Directors hand-picked by the founding organizations. Stephen Miles, CGCS, was elected the first President of DSTE, and he is a fitting choice as a superintendent of The Preserve Golf Course in Biloxi and former Presidents of both the Louisiana/Mississippi GCSA and the Mississippi Turfgrass Association.

Stephen grew up in Mississippi and as a high school baseball player enjoyed working on athletic fields. This interest eventually led him to a Turfgrass management degree from Mississippi State. Ever one for a challenge, Stephen learned growing bentgrass was considered one of the hardest things to do in the southeast transition zone, so he began his career after his sophomore year by interning at TPC Southwind in Memphis. It was a perfect fit for Stephen since TPC managed bentgrass in the southeast and was a PGA Tour event course.

Stephen went from there to work as assistant-in-training, and later as an assistant under Lee McLemore, CGCS at The Country Club of Birmingham. When Willow Point Golf and Country Club in Alexander City, Alabama was about to undergo a major reconstruction and needed someone with bentgrass experience, Stephen applied for the challenge and is grateful to Cole McInnis for giving him the opportunity to gain that experience. Stephen says, “It was a dream job for me as far as getting to do a grow-in and being out on a 44,000 acre lake. I also met my wife, Amanda, there and started my family.”

Stephen was still looking for his chance to become a head superintendent, however, and after the grow-in at Willow Point, in early 2005, a sub-contractor at Willow Point called Cole and told him about a new course that was going to be built near Biloxi, Mississippi. Stephen interviewed and got the offer for Head Superintendent at The Preserve Golf Club. “I was excited to come down and work on a brand new Jerry Pate golf course,” Stephen says. “It was a challenge because after the first three months of construction, Hurricane Katrina came through and caused significant damage to the course while also wiping away my house.”

After a few months of picking up meals ready to eat and water for the crew, Stephen and his guys had an excellent grow-in with 100 percent coverage and championship quality turf conditions. After the grand opening, Stephen was named as The Preserve’s Director of Operations.

Unfortunately, after a couple of years, the greens started to show signs of major stress. Through testing, Stephen discovered that they had sodic irrigation water. They were challenged with that for the first few years, and after finally resolving the issue there were still localized areas of poor turf coverage and poor water infiltration rates. “When rebuilding the chipping green complex we discovered an extremely wet root zone mix that was contaminated with clay. The contaminated root zone mix interacted with our sodic irrigation water and ultimately was destroying the internal drainage of the greens,” Stephen says.

Consultants with the USGA verified that Stephen’s recommendations for a complete reconstruction of the greens was the correct course of action. In October of 2013, they began trimming and thinning trees to have adequate light and in the summer of 2014 the reconstruction was completed. Stephen says, “We now have a completely new root zone mix with TifEagle greens and TifGrand collars. I feel like my staff and I have our brains back now that things respond the way they should.” He says further, “It makes me wonder how many golf courses in our area have the same problems that we had and whether the superintendent is walking around pulling his hair out due to low quality materials or improper installation during construction.”

The Preserve has had wonderful reviews this summer and will host the Deep South Turf Expo Golf Tournament this fall. Stephen is thankful for the trials they have had at the course because he’s become a better turfgrass professional. For countless hours, he studied and learned about soil chemistry and how water can impact soils. “As your water so goes your soils,” he says.

Perhaps because of understanding the difficulties with soil and water on his course, Stephen has taken on another challenge. He chairs the Louisiana/Mississippi Golf Course Superintendent’s Committee on Best Management Practices. The BMP Committee had its first formal meeting on June 23rd and is working in conjunction with the MDEQ (Mississippi Dept. of Environmental Quality) and LADEQ (Louisiana Dept. of Environmental Quality) on formalizing nutrient management plans in the hopes of protecting the industry from future regulation.

Stephen says, “I don’t know how much our membership follows all the regulations coming down from EPA but there’s been some recent rulings on the Waters of the United States (WOTUS) that will have a major impact on golf course operators all around the nation. We need to be proactive as industry professionals in changing the public perception about golf course superintendents.” He says further, “Superintendents have known for a long time that environmentalism is simply being more efficient with the resources we use every day! We want our nutrients to stay on target and not be wasted down our rivers and streams. It just makes good business sense.”

The DSTE Conference will be hosted at the Beau Rivage, with a static tradeshow at the Mississippi Coast Convention Center that will have enough room for greens mowers, sod harvesters, chemical sprayer trucks and forklifts. Of course, the DSTE will also feature outstanding educational sessions for every segment of the industry as well as serving as a place where those in the Turfgrass industry can network with their peers.

According to Stephen, “This will be an excellent opportunity for education, socializing and networking, and I am honored to be working with so many influential industry leaders in our area. We invite you to visit DeepSouthTurfExpo.org!”