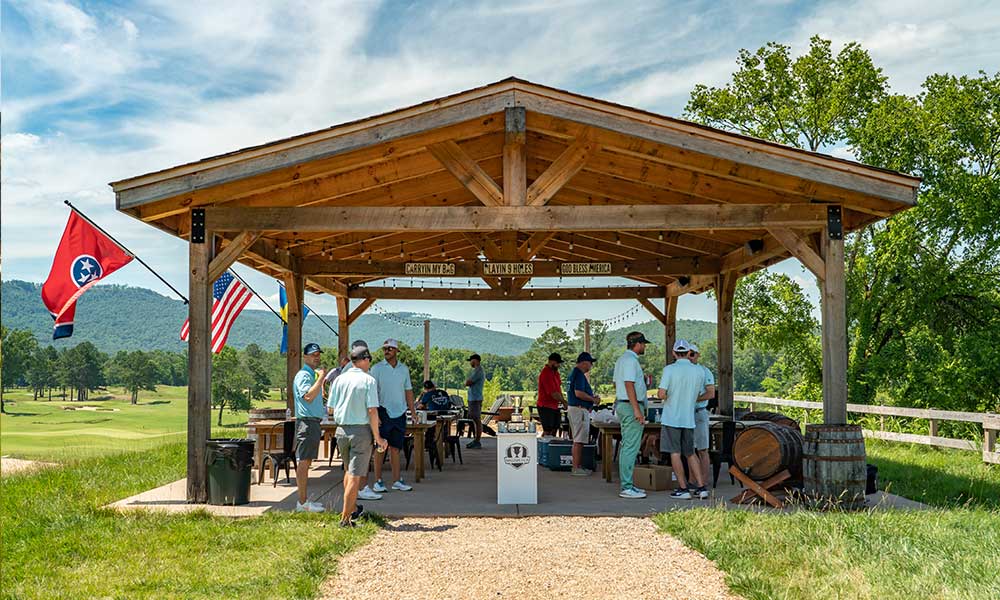 During a recent Golf Course Trades interview, a Minnesota golf course superintendent described his job as “growing grass for a living.” His statement was made with humor and humility, and golf superintendents reading it, no doubt, laughed out loud.

No one needs to tell them how demanding and diverse their job really is. They know that every day they get up, go to work and strive to protect and preserve the environment and create great golfing experiences. And they do so in the face of economic challenges and a range of cultural dynamics that are pushing the game in new directions.

Just as you might expect, most golf course superintendents are embracing these changes. They flexibly adapt to the weather, playing trends, and even global pandemics. As they do, they play a critical role in ensuring that the game of golf survives, even as it evolves.

The Pace of Evolution

In nature, evolution can happen slowly across centuries or quickly when a population of insects becomes resistant to a new insecticide within a matter of months or weeks. Most often, evolution sneaks up on societies, and always it is ignited and spurred forward by a need. Such is the case with golf.

Only a short time ago, golf courses across the U.S. were closing in alarming numbers, and the golf industry was speculating that the game it loved had already moved to life support. But there were other signs that forward momentum in golf was quietly moving in the background. Segways, golf scooters, and golf bikes were finding their way into golf cart barns. Courses were adding the option to play 9 holes instead of a full 18. Junior programs were popping up in record numbers, with many of them targeted to benefit underserved communities. Dress codes were easing, especially at municipal and public play courses. And there were other tell-tale signs that change was finding its way to the golf course.

Although some leaders in the industry either overlooked these changes or chose to ignore them, they could close their eyes no longer after TopGolf came to town. The golf industry could attract vastly more interest as a social pastime if it could happen in urban settings where people already congregate and if consumers could experience the fun on a flexible schedule. Take the requisites of committing half a day and half a week’s paycheck off the table. Set aside a rulebook that reads like the US tax code, turns on the lights, and let people play in the cool of the evening when it fits their schedule, and suddenly you’ve turned a gentleman’s game into something accessible and fun for people of all ages and skill levels.

The USGA shares an interesting study in its Green Section Record titled “Mapping the Past, Present, and Future of Golf Courses.”

Researchers looked at eighty golf courses based on aerial photos from the 1920s to the present, evaluating how each course had changed over time. It’s no surprise that modern courses have become larger, with greater footprints than older courses. But what you may not have anticipated was that the study revealed that the average area of fairways, greens, and bunkers has tended to decrease over time.

The report, available on the USGA website, raises several significant concerns, including

The study does not attempt to answer these complex questions, but it lays the groundwork for considering why the industry has focused on mega-courses when shorter golf courses can be cheaper to build and maintain, may require less land area, and can be built in areas closer to populations.

More than One Way to Play the Game of Golf

Bluejack National, the Tiger Woods TGR Design course just north of Houston features a spectacular 18-hole course, often lauded for reflecting Tiger’s admiration of Augusta National. Despite the high praise, the course garners and its consistent top course ranking, it is the community’s par-3, 792-yard course, known as The Playground, that often draws the most attention.

Playable by golfers at every level, The Playground attracts families playing together, golf buddies settling bets, and serious golfers working on aspects of their game. The unstructured layout invites golfers to route their own play and is busy from daylight until midnight when they shut down the lights.

As one GolfPass reviewer observed about The Playground at Bluejack, “Want to grow the game? Build more of these at munis and daily fees. They’re perfect for beginners and those who can’t hit the ball very far, and they’re fun for the rest of us.”

In addition to The Playground at Bluejack, TGR Design created a 10-hole short course at Jack’s Bay in the Bahamas. Also named The Playground, the Jack’s Bay course includes a flexible layout, amazing vistas, and an ambiance so casual you’ll see golfers on the course in swimwear, bare feet, and cool drinks in hand.

As Tiger himself has stated, “If you find golf hard, why suffer when you can enjoy the game in a different format?”
While there are other TGR Design and Tiger Woods-backed creative and casual play courses, including his experiential golf and casual dining concept known as PopStroke golf, Tiger’s is not the only golf architecture firm that is responding to social change and an evolving game.

King-Collins Golf Course Design, based in Chattanooga, Tennessee, is building exciting new golf courses that are disrupting the industry in the best ways possible. Rob Collins and Tad King are the design/build duo behind King-Collins Golf Course Design. Rob and Tad provided the design and golf course construction for both Sweetens Cove and the Inness course, as well as the mind-boggling Landmand Golf Course, featured in the Golf Course Trades May issue (Read “Winterberry Irrigation’s Super-Sized Project in Nebraska”).

Sweeten’s Cove, opened in 2014, is the first chapter in the King-Collins narrative. Built on perhaps the worst piece of land imaginable, this 9-hole course, where the word “undulating” is a gross understatement, features huge driving areas, oversized greens, and the invitation to wear what’s comfortable, bring your dog along and define your own course of play.

The 9-hole golf course at New York’s Hudson Valley Inness Retreat is a 70-acre puzzle, with a links-style design. Already being described as Sweeten’s Back Nine, the course is meant for relaxed and atypical play, offering players options to play holes from a variety of angles, make choices on the fly regarding the double greens and embrace the game as inclusive, unrestricted, and fun.

The Rest of the Story

Next month, the Golf Course Trades will feature an in-depth interview with Rob Collins and Tad King. Their story of bootstrapping their golf course design/build firm through an almost unbearably long startup phase to their current levels of acclaim in the golf industry is much too big to shoehorn into these closing paragraphs. Suffice it to say, however, their vision for golf architecture may alter the trajectory of the game for years to come.

Harmony Between Golf’s Traditionalists and Its Game Changers

Great 18-hole golf courses, steeped in the traditions of the game, should always exist. No one who loves golf would want it any other way. Pebble Beach, Augusta National, Oakmont, Pine Valley, and thousands of other golf courses already are everything they need to be and more. But a powerful parallel opportunity exists in also offering casual, affordable golf-style experiences designed for a broader demographic to enjoy, that could serve as a marketing funnel to draw more players into traditional aspects of the game.

Regardless of how golf’s story evolves, this much is certain.

Golf course superintendents will be on the frontlines affecting the changes.

They will be adapting to a redefined labor pool, serving new consumer demands, safeguarding the environment, and even… growing grass for a living.