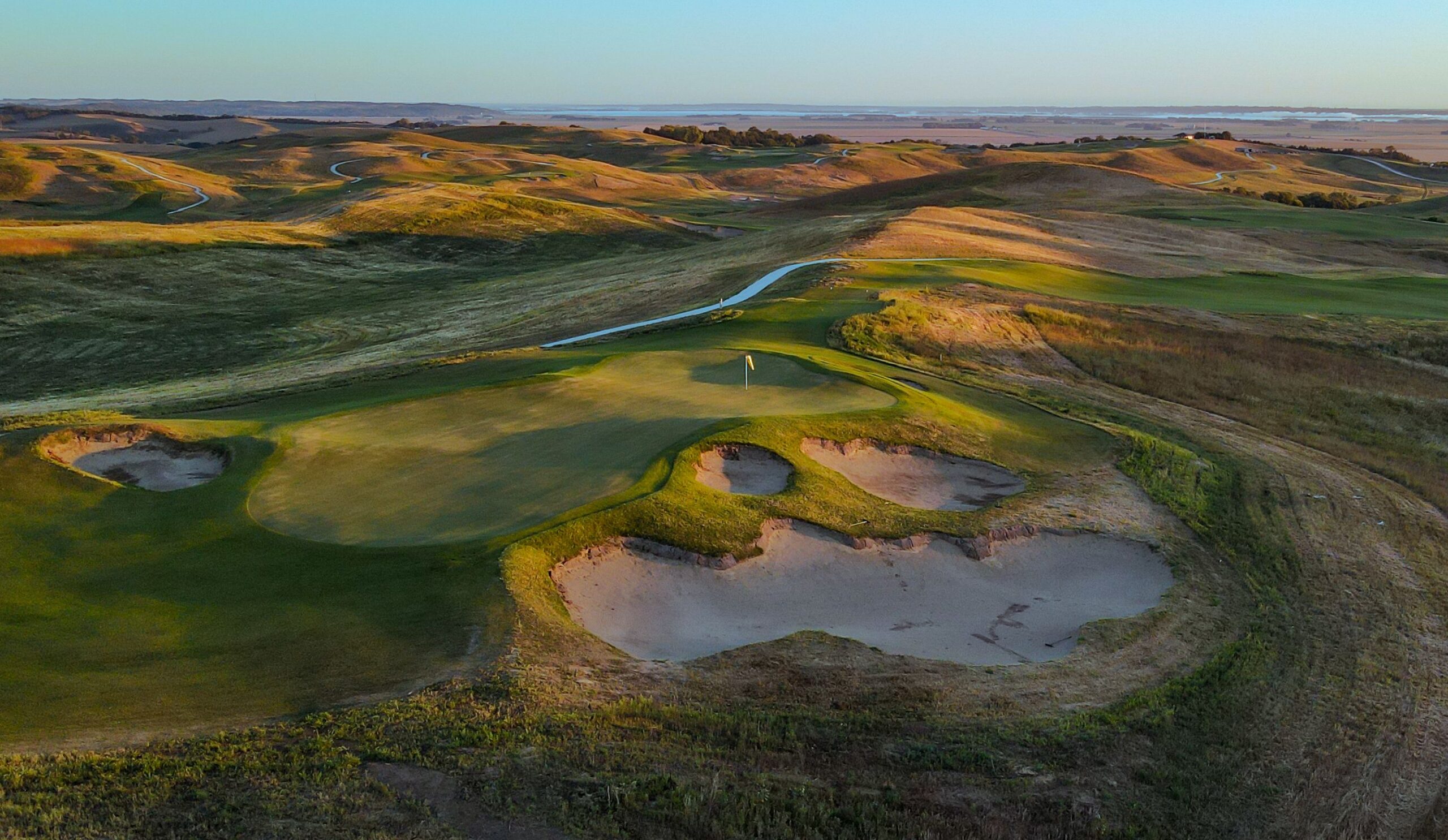 The new Landmand golf course in Homer, Nebraska, has finished its first (shortened) season and closes for the winter after a triumphant debut.

Landmand’s opening season was very short: the course opened to members in mid-August and to the public on September 3. Public play finished at the end of September, after which the course played host to a regional qualifying event for the USGA Amateur Fourball Championships. Around 3,500 rounds were played on the course during this abbreviated 2022 season, during which Landmand played host to golfers from countries across the globe, including Scotland, England, Japan and Australia.

Despite the shortness of the season, a lot happened at Landmand in 2022! Member Justin Stevenson made the first hole in one on the course, on the twelfth hole, during preview week. Childhood friends Sam Storey and Zac Jenkins, playing in separate teams, both qualified for the Fourball finals next year at Kiawah Island, despite being 5,000 miles from their home in Surrey, England. And even though the lack of time meant only a few of the magazine’s raters could see the course, Golf voted Landmand the 123rd best course in America in its recent 2022/3 ranking of the country’s best venues, a remarkable result.

Owner and developer Will Andersen says: “When I commissioned Rob Collins and Tad King to design and build the golf course in 2019, I wanted a fun, playable course that the golfers of eastern Nebraska and western Iowa would enjoy. I knew we had a beautiful piece of land, but I didn’t know that Rob and Tad would come up with something quite this remarkable. As the course goes to sleep after its first appearance in the public eye, I am very proud of what we have achieved and I believe the future will be even more exciting.”

Pronounced ‘Landman’, ‘Landmand’ is the Danish word for a farmer. The eighteen year old Karl Andersen came to the US from Denmark in the early 1920s, and settled in eastern Nebraska. Over four generations, the Andersen family has become a major farming operation in the area. The family developed the Old Dane golf course in 2012, and Landmand will be its second such operation. Despite this move into the golf business, farming will remain the backbone of the Andersen operation. The family is wholly committed to the area and community of eastern Nebraska, and hopes this new endeavour will bring it to new heights.

Landmand will open for its 2023 season in May. To book tee times and lodging, visit http://www.landmandgc.com. As well as its own cabins, the course has negotiated special deals with a number of local hotels. More details are available on request.

King-Collins Golf Course Design was founded in 2010 with the vision of creating bold, timeless, strategic, and artistically inspired golf courses at a below market price. Sweetens Cove GC in South Pittsburg, Tennessee, the firm’s first project, is ranked 63 on Golfweek magazine’s list of the best modern courses in America. The firm is working on projects across the United States; Landmand its its first eighteen hole course to open.