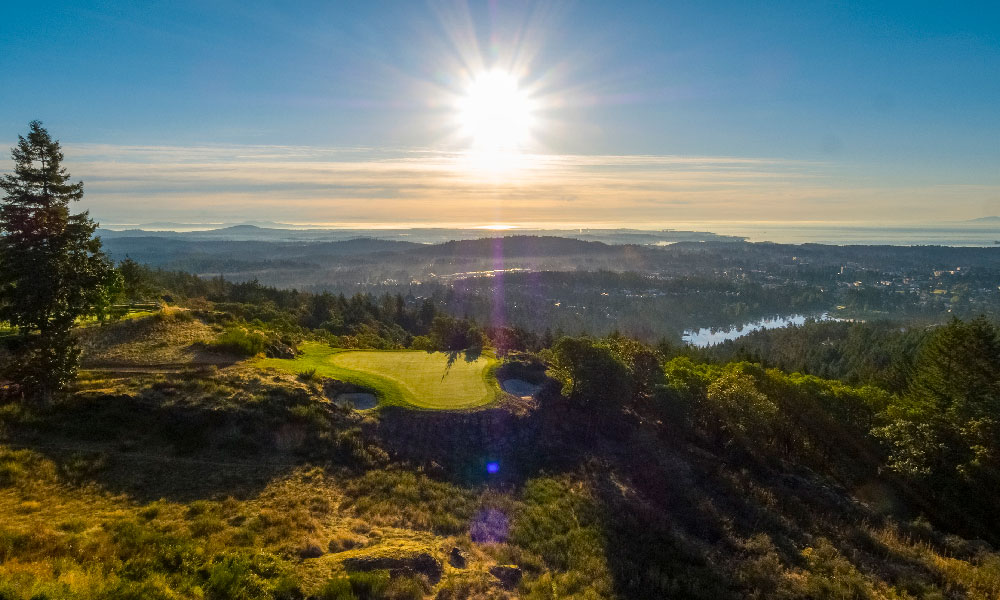 British Columbia contains a wealth of wonderful places to play golf. With a favorable U.S. dollar exchange rate, spectacular scenery, plenty of top-flight accommodations, and activities for the whole family, our neighbors to the north are blessed with many attractions for visiting golfers. Here’s a breakdown of British Columbia, and golf in its six major geographic regions. 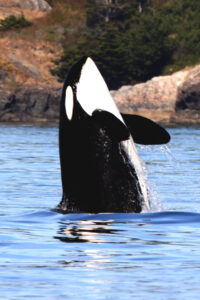 Even before you arrive here, you’ll be excited about the possibilities. Perhaps it’s the salty air from the ferry ride over, or maybe it’s the sense of wonder you’ll have stepping into such a blessed place.

Golfing here isn’t a pastime, it’s a passion. Play year-round at more than 50 spectacular courses, including 22 championship layouts on massive Vancouver Island, which is 290 miles long and 62 miles across at its widest point. In the late 1990s and early 2000s, over a dozen new tracks were built here for public consumption.

Non-golf activities include beach-combing, browsing the works of local artisans, chartering a boat, kayaking, surfing, fishing or scuba diving. The waters around Vancouver Island are alive with wolf eels, octopi, six-gill sharks, soft coral, and brilliant sponges. Shipwrecks lurk like ghosts in aqueous graveyards. Orca whales cavort off the shores of southern Vancouver Island from May to October – take a whale-watching cruise in the Johnstone Strait. In March and April, up to 20,000 Pacific gray whales migrate from Baja, Mexico, to Alaska. The best place to see these magnificent creatures is off the island’s west coast.

Metropolitan Vancouver is one of the world’s great cities. Ringed by snow-capped peaks, the city boasts many urban delights, yet, even in the heart of the city, nature is right around the corner, with dozens of wonderful golf-course options. After a round, take a 40-minute ferry ride from Horseshoe Bay in West Vancouver to picturesque fishing villages and artist communities along the fabled Sunshine Coast. Dive, sail and explore places as intriguing as their names: Halfmoon Bay, Chatterbox Falls, Porpoise Bay Provincial Park, and Smugglers Cove Marine Park. 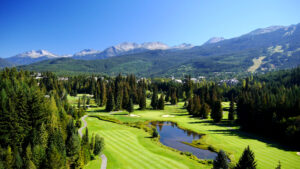 Thirty minutes from Vancouver is the Sea to Sky Highway 99, one of the North America’s foremost scenic drives. Motor from West Vancouver to Squamish, Canada’s windsurfing capital, and be sure to visit Whistler, recognized as the No. 1 ski resort on the continent by both skiers and international ski publications. In summer, be sure to play Whistler’s outstanding layouts: the Arnold Palmer-designed Whistler Course, Nicklaus North and Fairmont Chateau Whistler.

Near Vancouver are lands carved by the one of North America’s mightiest rivers, the Fraser. This waterway winds through Coast Mountain canyons to a vast delta with beaches, mudflats and wetlands. Take the Hell’s Gate Airtram over the Fraser. Or, head to Lytton, the whitewater-rafting capital of Canada, and ride the Thompson River.

Golf in this vast section of British Columbia is sublime, with hundreds of courses to fit the skills, price ranges and needs of any golfer.

Millions of years ago when massive glacial ice floes carved out a fertile valley, an ideal place for orchards and wineries evolved. The Thompson Okanagan is a land of wild rivers, serene lakes, rugged canyons, wide-open plains, and wonderful golf courses. There are over 50 layouts in this, one of Canada’s most dramatic settings. Some of the best-known destinations include 36-hole Predator Ridge near Vernon; Gallagher’s Canyon, 36-hole Okanagan Golf Club, Harvest Ridge and Tower Ranch in and around Kelowna; Fairview Mountain in Oliver; and Rivershore and The Dunes in Kamloops. 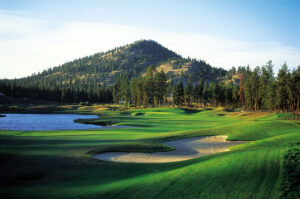 The Okanagan is a virtual cornucopia, with peaches, nectarines, plums, berries and vineyards overflowing with grapes. Wine festivals in spring, fall and winter feature everything from grape-stomping to gourmet dining.

The landscape is awash in warm-water lakes lined by white-sand beaches, perfect conditions for water- and jet-skiing. Many resorts dot these lakes, with overnight stays also available in houseboats. The Thompson, Fraser or Adams rivers brim with fish.

Horseback riding is also a popular avocation, with leisurely jaunts on trails or real-live dude ranches where guests round up cattle while enjoying such civilized amenities as pools, tennis courts and spas.

Located in the far southeast corner of this vast province next to Alberta, the B.C. Rockies offer all manner of year-round recreational opportunities. In winter, the area is a mecca for skiers, snowboarders and snowmobilers. Some of the best powder conditions in the world are found here. Apres-ski activities should always involve a long soak in a naturally-heated mineral spring.

In summer, ride the rapids of Kicking Horse River, or swim in Kootenay Lake. There are 12 major parks in the area, with perhaps the most spectacular Yoho National Park, which boasts 28 snowcapped mountain peaks. The mountain valleys are dotted with picturesque villages. There’s also the town of Nelson’s and Victorian-era charm, Revelstoke’s alpine atmosphere, and Bavarian-themed Kimberley.

Situated north of Vancouver in mid-province, this rustic part of British Columbia contains the forests of the Cariboo; the rivers, lakes and ranchlands of the Chilcotin; and the secluded inlets and waterways of a fjord-fringed coast. Golf options include Williams Lake Golf & Tennis Club, Coyote Rock, Sunset Meadows and 108 Golf Resort.

Guest ranches abound here, with visitors treated to the “Four R’s” – Riding, Roping, Rodeoing and Relaxing. The guest ranches range from rustic charmers to deluxe resorts with spas. The discovery of gold in 1862 initiated the region’s settlement. Today, visitors flock to Barkerville to pan for gold and experience Gold Rush days.

Other outdoorsy experiences include white-water rafting on the mighty Chilko, Chilcotin and Fraser rivers. With more than 8,000 pristine lakes, 11,000 miles of rivers and streams and 9,300 miles of coastline, the fishing is fantastic here. The abundance of trout and salmon is complemented by a variety of fishing resorts, lodges, guides and outfitters.

For those of us who enjoy kicking back and watching the world go by after a round of golf, take a trip aboard a BC Ferries Discovery Coast Passage ship from Port Hardy to Bella Coola. Enjoy the ride and the views of mountains, fiords, coastal villages, waterfalls and maybe a whale or two.

This slice of British Columbia is by far the largest, occupying over half of a province that is larger than France and German combined, and four times the size of Great Britain. This area stretches from the storm-swept Queen Charlotte Islands to the Rocky Mountain foothills. The Northern B.C. region is a vast wilderness preserve, with pristine lakes, wilderness parks and nature preserves.

Visitors to the area can get a good feel for the authentic, historic B.C. Cedar totems carved centuries ago stand tall in aboriginal villages. Just north of Prince George, the Hubble Homestead is a living museum of trading post life in 1905.

BC Ferries cruise past seals, sea lions and fjords on the glorious Inside Passage that winds northward to Alaska. River rafting is also an option, as are walking tours through the lava fields in the Nisga’a Memorial Lava Bed Provincial Park. From late August through April, humans are stunned by the spectacular Northern Lights dancing across the sky.

The photos in this article are courtesy of British Columbia Golf. For more information, visit britishcolumbiagolf.org.