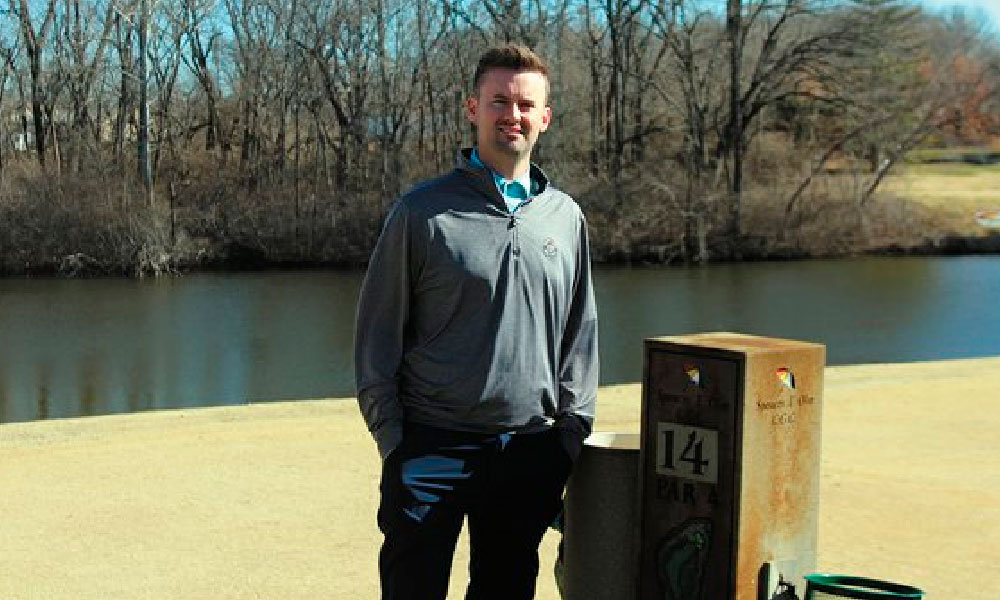 After being named general manager at Rolling Hills Golf Course in Godfrey in October 2014, Williams added PGA head professional at Spencer T. Olin Golf Course in Alton to his plate in August 2018. With both courses under the direction of Starr Golf Management, it was an unprecedented move being spread between the two roles.

Kyle Williams, 32, has forged a nice career in the golf industry.

After being named general manager at Rolling Hills Golf Course in Godfrey in October 2014, Williams added PGA head professional at Spencer T. Olin Golf Course in Alton to his plate in August 2018. With both courses under the direction of Starr Golf Management, it was an unprecedented move being spread between the two roles.

Williams split time between courses each week, performing his duties to the best of his abilities. On Monday he was promoted again, this time to director of golf operations at Spencer T. Olin, effective March 21.

“I’m excited about the direction we’re going at both places,” Williams said. “This move wasn’t something that was planned. It was a surprise when it was offered to me, but it’s been flattering that they want me here to take over this role. This is the place I learned to play, here and Rolling Hills. This is where I played my first competitive golf, and I’ve always loved this place. The opportunity to get it on a better trajectory and grow the business is exciting.”

Williams, a 2006 Alton High graduate who competed in golf, baseball, and Scholar Bowl, is also the grandson of former East Alton-Wood River and Alton head football coach Wayne Williams, so Riverbend athletics are in his blood.

It’s also made him passionate about the area’s only Arnold Palmer-designed golf course.

“This facility is a precious gift,” Williams said. “It sounds tacky, but for Mr. Palmer to design a golf course in our little town and be the only Arnold Palmer course in all of St. Louis is a big deal. We think it’s of the caliber that we can and should be hosting big events.”

Events like a U.S. Open qualifier in May and a Monday qualifier for The Ascension Charity Classic of the PGA Champions Tour in September certainly fit that bill. The Champions Tour event will unfold Sept. 28-Oct. 4 at Norwood Hills Country Club in St. Louis.

“We’re guaranteed to have PGA winners playing in that Monday qualifier to get into that field. We’re excited to see what those guys will do to the golf course,” he said.

Williams will leave Rolling Hills in good hands, as Ryan Martin, a native of Collinsville, takes over as general manager. He comes from Fox Run Golf Course in Eureka, Mo.

“He worked for Jon DePriest at Sunset Hills, who is an Alton guy. We’re really excited about Ryan,” Williams said. “We don’t anticipate any substantial changes at Rolling Hills. It’s a casual atmosphere and the goal is to maintain that.”

One change at Rolling Hills will be the Godfrey Open. It’s being renamed the Chris Kane Memorial Open in memoriam of Kane, who passed away at 51 last fall. It will move to Memorial Day weekend.

“I’ve been working with two very close friends of Chris Kane, who passed away last fall way too young,” Williams said. “It will still be a stroke play event with cash prizes and everyone can play. It’s a flighted event, so everyone plays against players of their own ability level, but we wanted to dedicate it to the guy who started it. The goal is to take a portion of the proceeds of the event and donate it back to a charity of the family’s choice. That’s been a big goal as we redesign that event.”

As for Spencer T. Olin, Mary Campbell will remain in her role as general manager. Williams simply described his position as “the golf person here.” He’s excited to team up with Campbell full time to continue growing the Alton course.