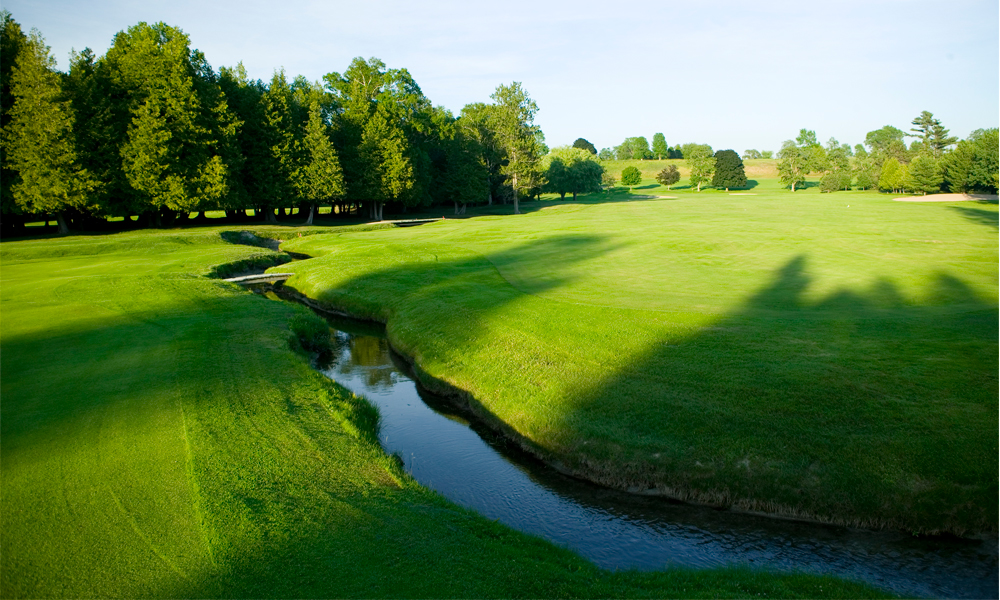 Long recognized as a must-play experience in northern Michigan, the historic Belvedere Golf Club has turned back the clock thanks to a find that has purists and golf aficionados alike waiting in anticipation for this spring.

In the summer of 2016, the demolishment of an old building in Charlevoix led to the discovery of famous golf architect William Watson’s original drawings of the historic course. While aerial photos existed from the late 1930’s, there was no actual documentation of the original parkland design with its classic flowing fairways, strategic bunkers and subtle greens.

The original course was designed in 1923 by Watson who is famous for classic and major championship designs across America including Olympia Fields in Chicago, Interlachen in Minneapolis, The Olympic Club in San Francisco and others. With five teams of horses and 150 men, the brilliant Scotsman turned a farm on the outskirts of the small Lake Michigan village of Charlevoix into one of the most iconic and enjoyable courses in America.

After 95 years, with the genius of William Watson having resurfaced, the decision was quickly made to begin a restoration that would restore much of what had been lost over the decades.  Under the watchful eyes of golf architect Bruce Hepner and course superintendent Rick Grunch the restoration project will be completed for the 2017 season. Hepner, a former Tom Doak disciple, has been highly regarded in the industry as a specialist when it comes to classic course restorations by legendary designers such as Ross, Tillinghast, MacKenzie and now Watson to name a few.

Hepner and Grunch spent a great deal of time studying the plans and walking the golf course. That led to changes like expanding putting surface areas on many of the holes that were lost over time, and strategic tree removal. The tree removal has opened up the winding creek that meanders through the front nine and brought it back in play in certain areas. Other changes included restoring and expanding lost fairway and approach areas, as well as bringing back lost bunkers. The work has brought back some of the strategies for playing the course that Watson originally intended.

The new design strategies are most evident at the historic 16th hole, a favorite of legendary golfers like Gene Sarazen, who spoke highly of the hole even late into his life. The classic short par 4, known for its well-positioned green set in the hillside, lost some of its green complex over the years, as well as a strategic bunker and fairway approach area on the left side. Hepner has brought the expanded putting surface and left side bunker back in play challenging the golfer up the left side for the best approach angle.

Examples like the 16th hole can now be found throughout the golf course. The restoration has clearly brought the course’s historic strategy and challenges back into play while still maintaining the playability and fun for all levels of players.

Home to the Michigan Amateur for 40-years and the annual Belvedere Hickory Open, the course was recently named 2016 Michigan Course of the Year by the Michigan Golf Course Owners Association.

The course has long been a favorite of many golf greats, including legend Walter Hagen, who won the first Great Lakes Open at Belvedere, and five-time British Open winner Tom Watson, who as a youngster honed his game playing summers at Belvedere. He remains a member today and loves to return to play the before-mentioned 16th hole, which he describes as one of the great par fours in America.

Belvedere is pure golf as it was meant to be played. If you haven’t experienced this wonderful historic course, make sure to add this on your next trip to northern Michigan.

For more information about Belvedere Golf Club, which is open to the public, visit www.belvederegolfclub.com.