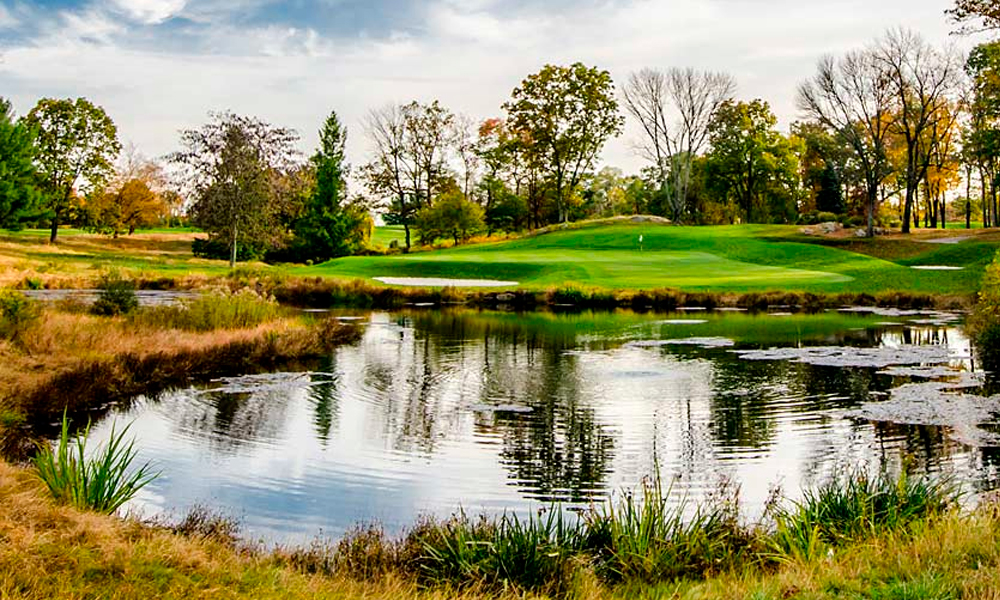 The first holes at Whippoorwill were originally designed by Donald Ross in the mid-1920s. However in 1928, Charles Banks completely reworked the existing course and built a number of new holes. The highly-regarded course is often considered one of the toughest layouts in the US north-east.

GCA spoke to Davis about the work and find out more about working on a course with such history.

“Whippoorwill is a wonderful Charles Banks design, so it has always been interesting through the bold and often unique features Banks was well known for,” Davis said. “But, over the years some of the more important subtleties, such as the width and corners of greens, were lost. Some of the more iconic and deep bunkers were grassed in, and in some places the strategic intent was no longer relevant.”

Davis and the project team started work at Whippoorwill in 2001 with a focus on the course’s tees and some of the bunkers. However, at this stage, there was no ‘restoration’ element.

In 2006, Davis restored the original Biarritz green on the par three eighth hole – a green that was originally 70 plus yards deep but had been reduced, with only the rear 35 yards maintained since around the time of the second World War.

“As we progressed we started to make a few ‘changes’, either via restoration of original bunkers or by moving tees or bunkers to restore the original strategic intent Banks had, but in consideration of modern players and playing equipment,” Davis explained. “It was very limited work until 2012, when we undertook a complete restoration and renovated all the bunkers – moving some, putting some back that had been lost, and eliminating some that had been added for no good reason.”

Davis said that the project is now ‘99% complete’, with just a couple of tees he still wants to change, one bunker he wants to move, and parts of two greens he wants to expand a little further.

“There are three primary purposes of golf course renovation and restoration of this nature,” he explained. “One is to ‘modernise’ the structure of things such as tees and bunkers so they are more maintainable to modern expectations. Another is to restore the style to allow the modern membership to best experience the visual art of a golf architect like Banks, while the restoration of strategic intent, or the substance found in things like shot options or unique variety in hole locations, allows the membership to best experience the strategic art. It’s is now very much a step back in time that can be experienced by the modern player in a similar way to the way players in 1928 would have played the course.”