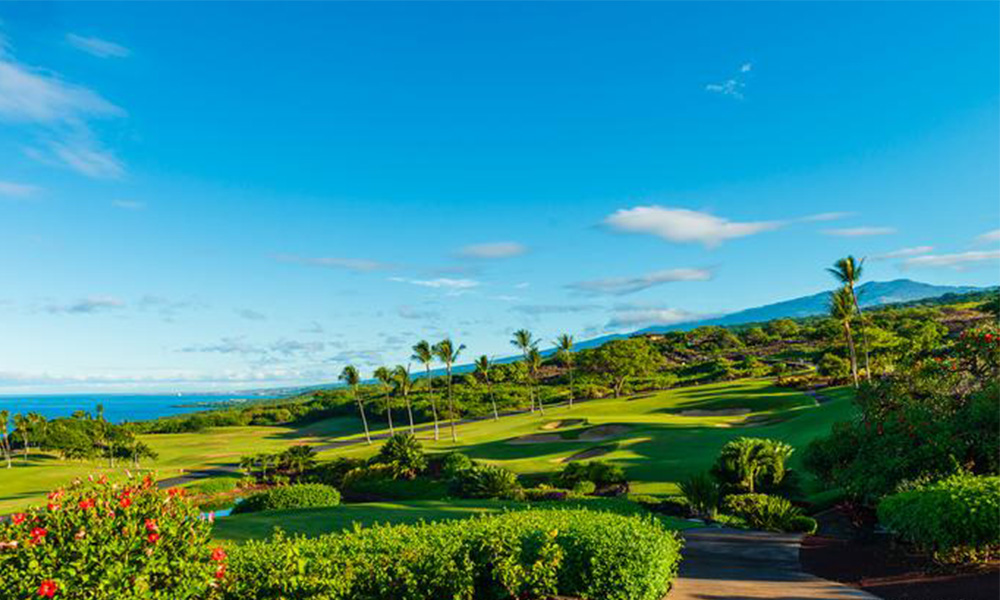 Hokuli’a, a spectacular private residential enclave on Hawai`i Island, today announces the appointment of Michael Haywood as the club’s new Director of Golf. His hire comes in conjunction with the highly anticipated course and club renovations due to be unveiled this October.

“The island of Hawai`i is an esteemed destination for some of the world’s best golf courses, including our very own Jack Nicklaus Signature course at Hokuli’a, and we knew we needed an industry veteran like Michael Haywood to usher in our next era of golf operations,” said Bruce Totten, Club President. “A familiar face and name in the PGA community, Mike is an excellent leader with an admirable dedication to fostering a sense of community through the game of golf. We are thrilled to now welcome him into our `ohana here at Hokuli’a.”

With nearly three decades of experience as a golf professional, Haywood previously served as the PGA Director of Golf Operations for 21 years at Tucson Country Club, a private equity owned facility designed by architect William Bell in Tucson, Arizona. Since 1993, Haywood has held a series of roles with PGA of America, with his most recent role as Chairman, Southwest Section PGA Foundation. He’s a Member of both PGA Magazine & Golf Range Association of America Advisory Board(s) 2005-2012 and Member, SNAG (Starting New at Golf) Advisory Board.

Haywood, due to start at Hokuli’a on October 15, joins amidst exciting renovations. Enhancements made at Hokuli’a include newly renovated bunkers and greens, expanded landscaping, an updated dining facility, refinished tennis courts and even the addition of new pickleball courts. The newly improved course is set to reopen in phases in mid-October with Haywood as a fresh face to welcome members around the club.

“Hokuli’a is a warm, inviting club with a true sense of community among its members and staff, and the Jack Nicklaus Signature course is world class,” said Haywood. “I look forward to overseeing all of our golf operations here at this beautiful and newly renovated golf course.”

The developer is SunChase Holdings and capital investors are William A. Pope and S. Robson “Rob” Walton. Pope and Walton purchased Hokuli’a in 2014 after recognizing the unique and majestic qualities of the land and the rare opportunity to fulfill a grand vision for the community. Hokulia is managed under the direct leadership of Duane Grimsman, Senior Vice President of Sunchase Holdings, who possesses over 30 years of experience managing large master planned development communities throughout the U.S. and in Europe.  The project is privately funded and debt free, and The Club at Hokuli’a is owned by the existing club members.