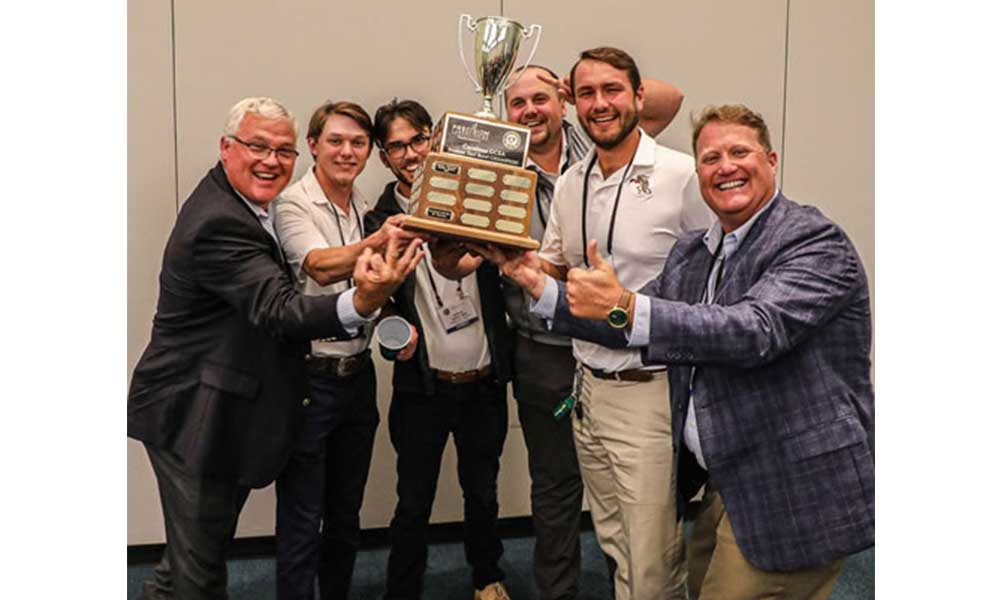 Horry-Georgetown Technical College extended its recent dominance in the Student Turf Bowl with a clear win at the Myrtle Beach Convention Center. But it wasn’t just the fact that the school collected its third win in a row that got Professor Ashley Wilkinson so pumped up. It was also the fact that, through the efforts of his students, he would be going out on top.

After 12 and half years at Horry-Georgetown, Wilkinson is going back into the golf course maintenance industry after taking a role with GT Irrigation. “It was extremely special to me for this team to win as I’m getting ready to leave,” Wilkinson says. “That maybe explains why I was a little more boisterous than some other years. And I was certainly really excited for those students.”

The win by Horry-Georgetown’s No. 2 team puts the school into a class of its own as the first to win three times in a row in the history of the Student Turf Bowl, which is presented in partnership with Precision Labs. The winning team members were Railey Smith, Andrew Rich, Mike Milburn and John Weeks. A team from North Carolina State University was second with a Clemson University team in third.

Wilkinson spent four years as department chair before stepping aside with Charles Granger taking over. “I’ll miss mentoring these students very much,” Wilkinson says. “But it’s the right time for new blood to keep us moving forward.”