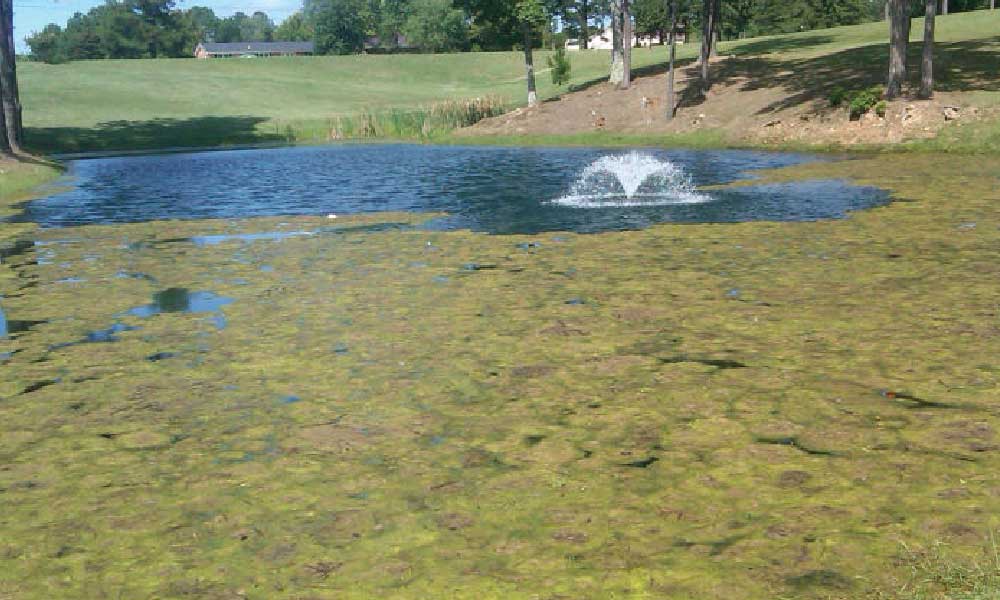 Arthur Pendragon, the mythical Breton King, meets ‘The Lady in the Lake’ who imparts to him the legendary sword Excalibur. It is with this authority the chaos of the isles is eventually subdued. Arthur is taken to Avalon to die of his wounds, or be healed to return as the ‘first and true King of England.’ Avalon is also called the Place of Fruit or the Place of the Apple, where Excalibur was forged. In addition to fighting against vast forces Arthurian knights quested for the Grail, finally realized by Galahad.

What does any of this have to do with your water? The answer is Copper. Copper (Cu) products control your eternal opposition – algae, and cyanobacteria. To kill 100% is impossible, so we infuse the water with trace elements of Cu until they retreat like Mordred’s soldiers. Chelated Cu products present an advantage in this control compared to solid Copper-Sulfates. A further technologic step exists in a double-chelated Cu molecule, which is our modern-day Excalibur.

Even before the Bronze Age gave way to Iron, Celts threw many bronzed items into their lakes and rivers. Bronze is mostly Cu with some tin. Just like throwing salt over your shoulder for good luck, these ancient traditions had good effects versus germs and algae. Druids like Merlin may or may not have suspected the presence of microorganisms, but the folk believed Cu pleased the gods so they sacrificed these precious items over the centuries.

Related: Taking an Offensive Position in Your Lake Maintenance Game

Many aquatic environments are rich in limestone, chalk or gypsum. Cu molecules attract these minerals like a magnet. The resulting compound is a heavy Cu-Carbonate (Cu2CO3) which ‘precipitates’ out of the water column and collects at the bottom. This chemical bonding quickly diminishes the amount of Cu in the water column. Historically, applicators answered this Cu exhaustion by putting more into the water, until the intended control is reached. This is like throwing more knights at a quest until one finally succeeds. It is nice to win, but at what ultimate cost to the kingdom?

Unchelated Cu crystals (2+) can be toxic to many types of aquatic life at higher dosages. This blunt weapon also combines with free hydrogen to form sulphuric acid (H2SO4), which is highly corrosive and smells like rotten eggs. Also, the application of a solid into water requires the crystal to dissolve, which may not occur before reaching the bottom. But tradition is difficult to overcome, as Arthur discovered too late in his dealings with Mordred. Many applicators will never move beyond the feel of solid Cu hitting water.

Chelated Cu solutions do not combine as easily with the aqueous minerals present because a portion of their ions (1+) are already bonded. These liquid algaecides deliver more control by remaining suspended within the water column longer. A lower weight of Cu is needed for the same outcome compared to over-dosing with the crystal form. The fortunate side-effect is less precipitate at the bottom, which will need to be removed when toxicity is too high. Limnology science is discovering that lake bottoms may account for more than the majority of their own annual nutrient loading and toxicity issues. Anybody can swing a sword, but a knight can fight for weeks before exhausting while attacking the right target.

If Arthur represents the reach for civilization and modernity, then his many-named wife Guinevere probably represents Nature. With strong Christian themes of Adam and Eve, these two figures lean on and pull against each other. Arthur embodies the burden of control, while his mercurial partner is passionate, sometimes described as a traitor or even a villain, which are the same word in French. We still love and fear the power of Nature, try to control her, while lamenting her worst outbreaks of power and passion.

A double-chelated Cu (0+) bonds most of the remaining ions. One might ask, “How is the algae affected if the ions are already bonded?” Algae do not swim away from threats; they are not mobile. The presence of diffusing Cu interrupts the growth of microorganisms. There is a lower incidence of Cu exhaustion while realizing the same level of control with a double-chelated product, representing the best in our Grail Quest for solutions.

Related: Body of Water, or Headache

Lower toxic concentrations are better in the current season and over the long-term ecologically. Less Cu within the water is less toxic for fish, especially important for trout. Arthur’s England had no trout, but they had a herring and hedges! This finer focus of Cu allows for precision control toward the 1.0ppm of Cu for a potable water limit (see EPA – Lead and Copper Rule, 1991). Applying double-chelated Cu needs less labor and is safer to handle. The best Cu products maintain potency in high alkalinity waters and colder temperatures. When treating your water, your Avalon, the choice is between a place devoid of growth or a place of rebirth.

Technology marches forward, from Stone to Bronze, then Iron to Steel. Progress is our Lady, handing us new tools and choices that challenge tradition. Chelated Cu is a prime example. The Grail represents an idyllic goal you know is worth pursuing, despite the struggle of an already full schedule. Make sure to use a controllable and efficient weapon on your quest. The availability of a double-chelated Cu product allows maximum power with the lowest toxicity. The algae will be kept to a healthy minimum and sediment cleaning can be extended long into the future, perhaps when the true king returns. Lancelot may have been the strongest warrior in the land, but it was his son Galahad that was the ideal Knight of the Grail, whose success unified the Bretons and the Welsh. This is a lesson we should take to heart.