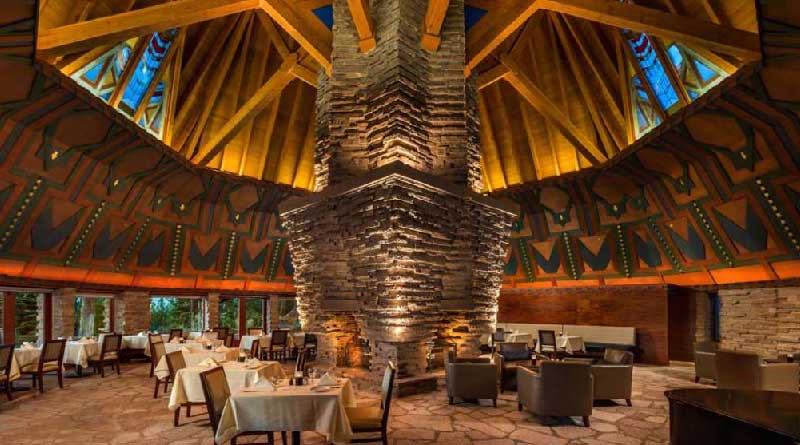 Jim Scoggins, the late columnist for the Yakima (Wash.) Herald, once reviewed the first edition of my book, Golf Courses of the Pacific Northwest. The witty writer, golf lover, and pilot – who drove a custom-made golf cart in the shape of an airplane – opened his story with these words: “Imagine your job is to drive a Lamborghini around the country. How great is that? Jeff Shelley’s work involves traveling around the Northwest to play and write about golf. Like the Lambo driver, he’s got the dream job.”

In many ways, it has been. Among the many perks of my job (some friends don’t call it that) is being invited on “familiarization” trips, aka boondoggles for travel writers that involve free airfare, accommodations at luxury hotels, fulsome meals, and rounds at golf courses ranging from brand-spanking-new facilities to upscale resort and daily-fee layouts. Usually hosted by PR firms representing local tourism interests, fam trips bring together golf writers far and wide to – with some artful prodding – hopefully, publish stories bestowing lavish praise on all of the above.

Herewith are some of my more memorable fam trips. These don’t include what I’d estimate to be attending well over 100 grand openings of new golf courses, another positive offshoot of my profession, and perhaps the subject for another day.

One of the most over-the-top fam trips I ever took involved playing just one golf course, Nakoma-Dragon, now part of Nakoma Resort, a high-end destination in Clio, Calif., near Lake Tahoe. I was invited in 2003 along with six other writers from around the U.S. to this relatively new development. Dan Shepherd, then at Buffalo Communications and now with his own PR firm, led the group. “Shep” had primed us for what we could expect by golf course architects Robin Nelson and Mark Miller, who were tasked with designing the toughest course possible. We knew the 300-acre track boasted a 147 Slope rating from the tips, making it one of California’s most rugged tests. We were also told about the Gold Mountain Resort and its incredible Frank Lloyd Wright-designed clubhouse-restaurant-spa.

I played one round with Nelson, the late, great Hawaii-based architect. At times, he expressed a kind of comic dismay at the “toughest” directive from Dragon’s developers, Dariel and Peggy Garner, who had amassed millions of dollars in computers and then Mexican-grown “new cuisine” vegetables before buying this 1,280-acre property in Plumas County. Neither played the game before venturing into their golf-resort project, though Peggy was getting into the swing of things by the time we showed up.

Each night, after getting our butts kicked by the Dragon over three rounds, we went to dinner hosted by Peggy in the wine room at the magnificent clubhouse. The 24,000-square-foot structure, erected from plans drawn up by the famed architect for the never-built Nakoma Country Club in Madison, Wis., cost an absurd $13 million. Following our sumptuous meals, we all partook of the Garners’ ample wine collection.

I, along with two other writers, were assigned to the Buffalo House, a massive, privately-owned home with virtually all furnishings – plates, glasses, towels, artwork, rugs, bedding, and two real-but-stuffed horned critters glowering down at you – bearing images of the iconic American beast. It also had 10 custom-built Native American drums ranging in size from small to very large – such as the 4-foot-wide deep-bass beauty that also served as a coffee table. At around midnight on the last night of our trip, following more than a few cocktails, the three of us pounded out boisterous rhythms – complete with Indian chants – like the impromptu Buffalo Band. We learned the next day that our musical moment wasn’t appreciated by others at the resort.

A couple of fam trips to western Montana were also memorable, with one round at Meadow Lakes Resort in Columbia Falls also having a musical theme. Before my wife and I, and another couple that accompanied us, were getting ready to begin our round, a pro shop employee kindly requested that we complete the 16th hole by 3:00 p.m. “Why?” I asked. He said that the maintenance crew had to prepare the fairway for a concert. “Who’s playing?” “Emmy Lou Harris” came the reply.

We made sure to finish that part of the course at the proper time. Sure enough, at 6:00 sharp, the stage was set, the beer kegs rolled out, the barbeques fired up, and the flower children of the upper Flathead Lake region descended onto the golf course. Emmy Lou, one of my favorite artists ever, had a glorious time with us 800 or so attendees. She played a good two and a half hours, completing her gig just before nightfall as star-washed Big Sky Country revealed its full glory.

Another serendipitous evening came while my wife and I were vacationing in Cabo San Lucas. At the time, I was the golf writer for Alaska Airlines, the major carrier to this burgeoning golf-centric resort area on the southern tip of Mexico’s Baja Peninsula. We had earlier bought a time-share unit at Cabo del Sol, which features the Jack Nicklaus-designed Ocean Course and Tom Weiskopf’s Desert Course. The emphasis for my articles in the carrier’s in-flight magazine was new golf courses opening each year in or near stops along its ever-expanding flight line.

The only time I’ve ever used my credentials to cadge free golf was in Cabo, one of the world’s most expensive golf destinations. I called several courses ahead and told them I was doing a special Cabo feature for “Alaska Beyond.” They said come on by. I played eight rounds and my wife five. We later figured we’d saved around $5,000 on green fees.

Before we’d left Seattle and flown south, my wife heard about a contest on a local radio station that involved flying lucky callers to Cabo (a promotion with Alaska Airlines, of course), putting them up in a hotel, and treating them to a concert featuring John Hiatt and Kim Richey. Unlike when she’d won us a free Bruce Springsteen concert, Anni’s name wasn’t called this time, but as long as we were there the DJs said we were welcome to attend. So, we went to a palapa at Finsterra where the concert was held and, along with only 50 other fans, we’re treated to a wonderful, super-personalized show by two fine performers.

I also had memorable fam trips to Mississippi and Louisiana, both with Shepherd again as the troop leader. I had a chance to play in the pro-am portion of the Sanderson Farms Championship in Jackson, Miss., but came down with a bad case of bronchitis and ended up going to the hospital. The other writers all went home with brand-new Nike clubs; I returned with a bottle of antibiotics.

I was among a group of writers who wended their way along the Audubon Golf Trail in 2005. One of the stops was TPC Louisiana, which we played mere weeks before Hurricane Katrina wiped out the new course – along with everything else in its destructive path. What I recall most was a tour through New Orleans led by a retired bus driver named John. He was very proud of his city, and rightly so, taking us to various places, including several of the city’s unique above-ground cemeteries and landmarks in the Lower Ninth Ward. A high-level staffer with the Louisiana Office of State Parks accompanying us said he’d never heard such an excellent overview of the famous city.

We were treated in Nola to a feast hosted by the gregarious and wisecracking Paul Buckley, executive vice president of the New Orleans Hilton, where we were staying. Paul, a Boston native, gave each of us two figurines resembling golfing Buddhist monks called “TiMing and TemPo.” They were in the form of Christmas ornaments and still grace our tree every year.

Katrina then leashed her fury on New Orleans. I’ll never forget seeing TV images of the curtains blowing out the windows of the very same hotel where we stayed. But the most poignant question to me was: whatever happened to John and Paul? I’m sure both were devastated at the carnage left by this category 5 hurricane, from which the Crescent City is still recovering.

The overriding message here is that you never know what’s in store during a golf fam trip. You meet wonderful people, play great courses, eat good food (the best of which for me was in New Orleans and Victoria, B.C.), drink fine wine, laugh, get exhausted, and hopefully survive. It’s adventurous and a true rush. Kind of like driving a Lamborghini, I suppose.