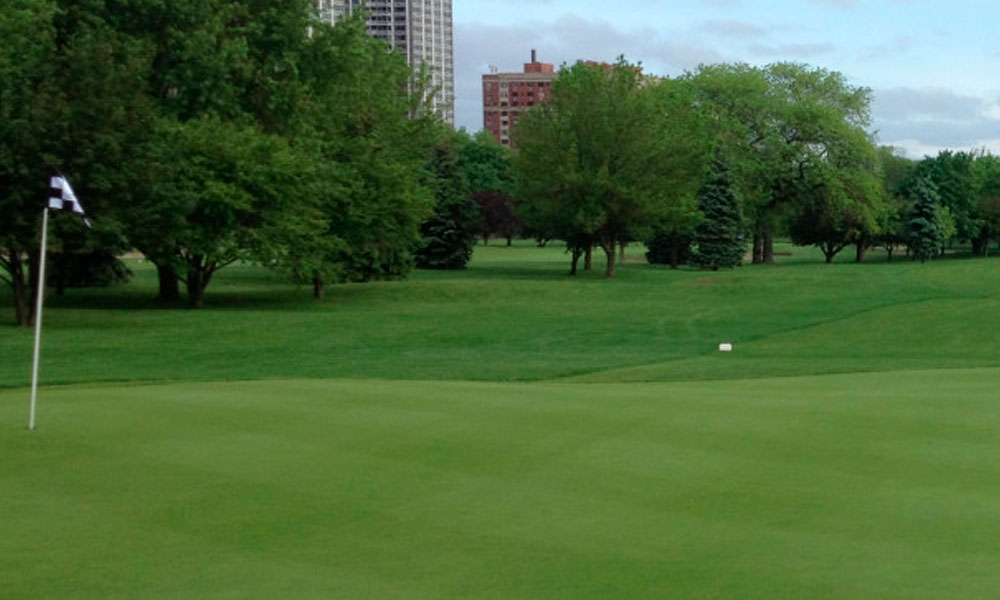 Chicago Mayor Rahm Emanuel and Chicago Park District General Superintendent and CEO Michael Kelly today announced the creation of the Chicago Parks Golf Alliance (CPGA), a group to be led by Mark Rolfing, who will serve as the organization’s President and Founder. In partnership with the City and Park District, the CPGA aims to restore and improve the existing golf courses at Jackson Park and South Shore Golf Courses to create an economic and recreational asset for the South Side of Chicago.

“This is more than simply a unique opportunity to restore a historic public golf course, it’s a unique opportunity to drive resources and investments on the South Side,” said Mayor Emanuel. “And even with this restoration the course will remain a real community asset because we’re going to ensure that the neighborhood golfers who have been hitting the links here for years will be able to continue to access and enjoy it at a reduced rate.”

The idea to restore the historic golf courses – Jackson Park opened in 1899 and South Shore Golf Course opened in 1907 – is not a new idea, as a framework plan created by the Park District in 2000 contained various recommendations for the South Lakefront area, one of which proposed upgrading the two golf courses.

The not-for-profit CPGA will oversee fundraising and development of a combined and upgraded golf facility, which would be situated within the confines of the existing two golf courses. The golf course restoration would tentatively begin in 2017, financed primarily through private funds generated through the CPGA. Completion of the course, which would allow players to start and finish their rounds at either South Shore or Jackson Park, as well as the completion of a short course for the entire family, is targeted for late 2020.

“It’s an honor for me and TGR Design to be designing this golf course in one of America’s greatest golf cities,” said Woods. “This project can create incredible possibilities for the community on the South Side.  We want to design a course that everyone will enjoy.”

Additionally, the CPGA will work with the Chicago-based Western Golf Association to promote caddie programs that will help young men and women from nearby neighborhoods earn the prestigious Evans Scholarship and create a venue worthy of hosting its flagship PGA TOUR event, the BMW Championship.

According to Western Golf Association and Evans Scholars Foundation President and CEO John Kaczkowski, “The Western Golf Association enthusiastically welcomes this opportunity to grow our game and change the lives of deserving young men and women in a city that means so much to our organization. We envision this facility serving as a pipeline for the Evans Scholarship Program, which has sent more than 11,000 caddies to college since 1930. Restoring the South Shore and Jackson Park courses could provide a compelling site for future PGA TOUR events, including the BMW Championship, as early as 2021 when the event is expected to return to Chicago.”

Lisa Quinn, Executive Director of The First Tee of Greater Chicago, concurs, “We are proud to participate in this exciting project that will no doubt rejuvenate participation in the game of golf. Its youth initiatives will ensure a safe place to play and opportunities to develop as players and be successful in the formative years. It will enable us to increase our programs which have been active at South Shore and Jackson Park for more than 15 years, expand the Chicago Park District Junior League and reach thousands of more youth on an annual basis.”

PGA TOUR Commissioner Tim Finchem states, “As one of the longest continuous host organizations of a PGA TOUR tournament, we are delighted to see the Western Golf Association’s involvement with this project. The possibility of bringing the BMW Championship to this facility is one that we are willing to consider as the various pieces of this initiative come together. Tiger Woods’ involvement gives us great confidence in the quality of the design and direction for the project in terms of bringing golf to young people. The integration of The First Tee of Greater Chicago into the overall Master Plan of this project is also extremely exciting.”

Mark Rolfing, a Chicago area native, concludes “Over the past few years, I have enjoyed meeting many avid golfers on the South Shore and Jackson Park courses. The community’s passion for the site motivates the vision to enhance these lakefront facilities they are already so proud of.”