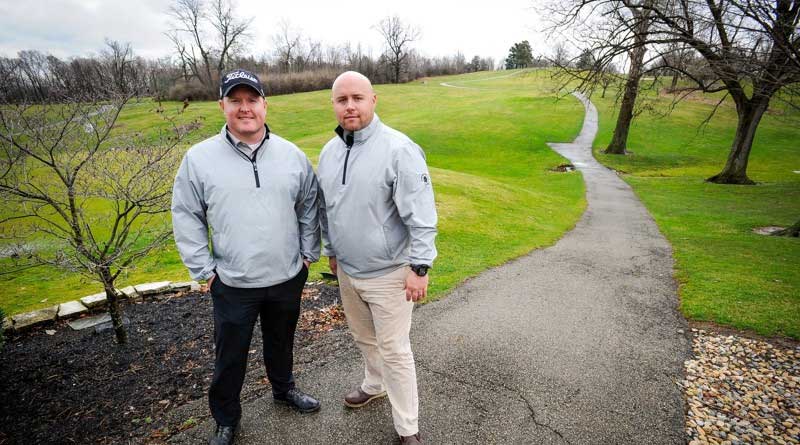 At a time when golf courses are closing and the industry has been described as “pretty flat,” membership is rising at Wildwood Golf Club as it celebrates its 95th anniversary.

The club, founded in 1922, will mark its anniversary with a party Saturday night featuring The Sly Band, an 11-piece group out of Cincinnati. The promotional event is open to the public and everyone who attends will be entered in a raffle for three club memberships: golf, social and pool, said Jordan Lawson, general manager and head golf professional.

When Lawson took over at Wildwood three years ago, golf membership was at 198 and now it’s 220, a jump of 11 percent, he said.

“We’re pretty proud of that,” he said of the recent growth. “That’s a good sign for us.”

He said social and pool memberships also are increasing. Nearly 20 percent of the golf members are women, Lawson said.

Lawson said these are challenges times in the golf industry because of the competition for the leisure dollar and the slow pace of play at some courses. He said people don’t have five to six hours to play a round.

“We are fighting for other golfers,” he said. “It’s not like we have growth in the game where everybody is doing better. Golf courses will close in the next five to 10 years. It’s not one thing. We battle everything. Every time a casino pops up close to us, we battle that. If your kid plays any sports at all now, it’s just absurd. A guy buys a motorcycle, boat, whatever. Golf is a very competitive business.”

Wildwood, he said, is taking steps to separate itself from the competition.

In 2015, Wildwood spent $80,000 — all in material since the labor was donated by members — renovating the clubhouse and resurfacing the pool, he said. After making the repairs to the clubhouse and pool, Lawson is tackling making improvements to the course.

“It’s head down, blinders on the golf course,” he said. “The golf course always has been No. 1. The pool and the clubhouse were costing us. They were bad. We’re trying to push the envelope on the golf course. Just get it to a higher level of playablity. Because it’s been lacking.”

This month Wildwood hired Dan Francis as its grounds superintendent, only the third one in 95 years. Francis comes to Wildwood with a wealth of experience, including the Heritage Club in Mason.

“Dan is a tremendous new asset to the club,” Lawson said. “People will see a real difference. The sky is kind of the limit for us at this point.”

This non-member growth can be dangerous, though, Lawson said. Because Wildwood is a private club and the members own the course, Lawson had to be careful and not book too many outings and close the course to its members.

“A balancing act,” is how he described the scheduling. He was “highly selective” when agreeing to host outside events, he said.

Jordan said most of Wildwood’s members are 60 years and older and have been members for more than 20 years. But he’s seeing an influx of younger members, many of them who recently purchased homes in the neighborhood that surrounds the course.

He called Wildwood “one of the brightest spots” in the city and a “selling point for Middletown.”

Harrell’s pledges $250,000 to the Environmental Institute for Golf
Chad Mark is New Superintendent of Muirfield Village Golf Club
To Top