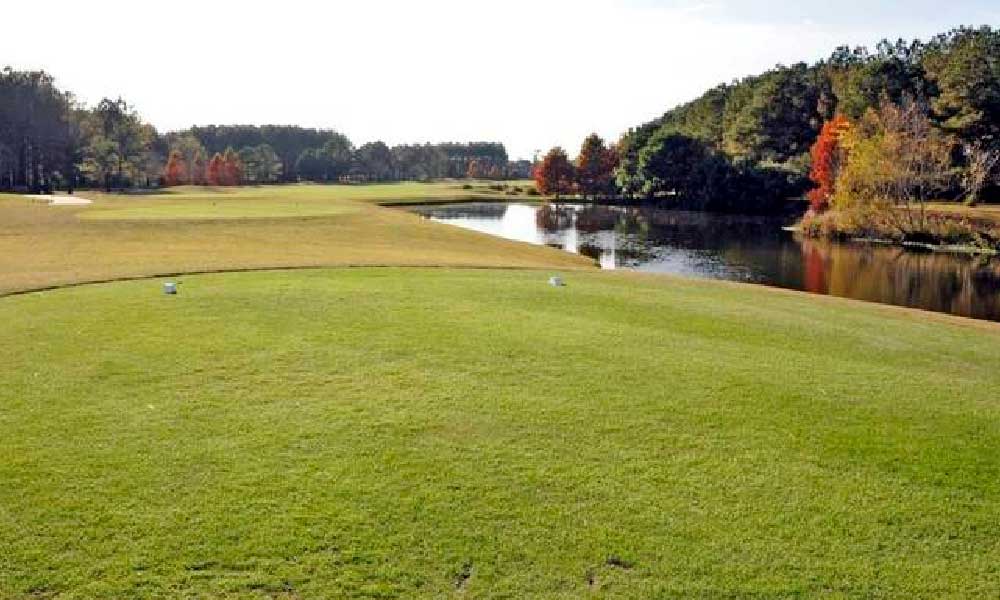 For the first time in nearly 75 years, the land that contains Crow Creek Golf Club in Calabash, N.C., is not owned by the McLamb family.

The golf course was purchased in the past few days by a group based in Charlotte, N.C., that includes Ken Jamison, the father of Joe Jamison, who has been the superintendent since the course’s inception.

Though Crow Creek is zoned to allow housing, Ken Jamison said his group is only interested in operating the property as a golf course and is not considering redevelopment.

The purchasing group registered in N.C. as Crow Creek Golf Group LLC consists of six partners. Two of them – Jamison and Bob Hammett – have been partners in golf course management in North Carolina for the past couple of decades.

Ken Jamison said the new owners plan to retain every employee, including many who have worked at the course for a decade or longer.

“We like what’s happened in the past. We like the people that are there,” Jamison said. “They’ve done a great job, the whole entire group. We’re not laying anybody off, we’re not changing anything. We’re happy with the opportunity we’ve got to be able to utilize the assets Crow Creek has had over the years.”

The course will be managed primarily by three people – golf director Mike Benson; controller Rebecca Bennett, who is the daughter of one of the sellers in the McLamb family, Henry Bennett; and Joe Jamison, who will add some managerial duties to his title of the superintendent.

“We’re going to be passive investors,” Ken Jamison said. “We’re not going to be down there running the place.’

Ken Jamison is happy with recent renovations made by the McLamb family and believes he’s taking over a healthy course and product. Crow Creek, a Rick Robbins design, opened in 2000.

The course closed for four months in 2017 for a renovation project that included reshaping greens and changing them to V8 creeping bentgrass, adding 11 new tee boxes to stretch the back tee yardage to 7,184 yards and shorten the front tee yardage to 4,700, repairing areas of cart path, detailing carts, resealing walkways around the clubhouse, improving drainage, adding decorative plants and flowers, and repainting and carpeting the clubhouse.

All of the course’s bunkers were redone in 2015.

“It’s pretty doggone good,” Ken Jamison said. “There’s an old saying, ‘If it ain’t broke don’t fix it,’ and I kind of subscribe to that.”

Crow Creek is one of just five public courses in the Grand Strand golf market with bentgrass greens.

Joe Jamison said course conditions will continue to be a priority. “The integrity of the course will remain the same [with] outstanding conditions,” he said. Crow Creek’s zoning would allow a residential development with some commercial property along Hickman Road.

According to Brunswick County Senior Planner Marc Pages, both the golf course and residential areas around it are zoned either R-7500, which is medium density residential with minimum lot sizes of 7,500 square feet, or SBR-6000, a site-built high-density residential.

Changing the golf course to residential or commercial land use would require Brunswick County Planning Board approval and be subject to current ordinance standards.

Jamison would not disclose the purchase price of Crow Creek. Based on the recorded excise tax of $3,800, the sales price would be $1.9 million if the tax was assessed at the standard county rate of $1 per $500, according to the Brunswick County Register of Deeds office. But Jamison said $1.9 was not the purchase price, and he declined to disclose it.

Crow Creek was the vision of Jerry McLamb and his wife, Monnie. According to an article in the Brunswick Beacon, McLamb’s father purchased 400-plus acres of farmland on the site in the 1940s and Jerry McLamb took over the farm in the 1960s.

After he ran a successful construction business and the farm closed, McLamb decided to build Crow Creek and took an active role in its construction. A hunting cabin is still erect among the holes, reminding players of the course’s history.

After McLamb died a few years after the course opened in 2000, the course continued to be owned by family members including his wife and son-in-law, Henry Bennett.

Scottie Pearman of Greensboro, N.C., who doesn’t regularly play golf and entered his first long drive competition this weekend, is the overall champion of the 2019 Amateur Long Drive (ALD) World Championship held at Barefoot Golf Resort on Friday and Saturday.

Because of inclement weather on Saturday, the competition had to be completed inside Barefoot’s driving range on a golf simulator, so the winning distances were based on the simulator.

Pearman’s winning drive was 398 yards and he unleashed a tournament-best drive of 410 in a knockout round. He also had the longest drive outdoors with a strike of 330 yards into a stiff wind with rainy conditions and a wet grid

Pearman competed in purple because his son was a premature baby, and purple is the color designated by the March of Dimes for its Premature Birth Awareness campaign.

Natalia Fletcher of Evansville, Indiana, won the open women’s division with a drive of 294 yards in her first ever long drive competition. She came to the last chance qualifier on Thursday at Barefoot and earned the women’s championship belt.

The finals were the culmination of a series of more than 40 championship qualifiers and leagues in the U.S. and Canada during the 2018-19 season.