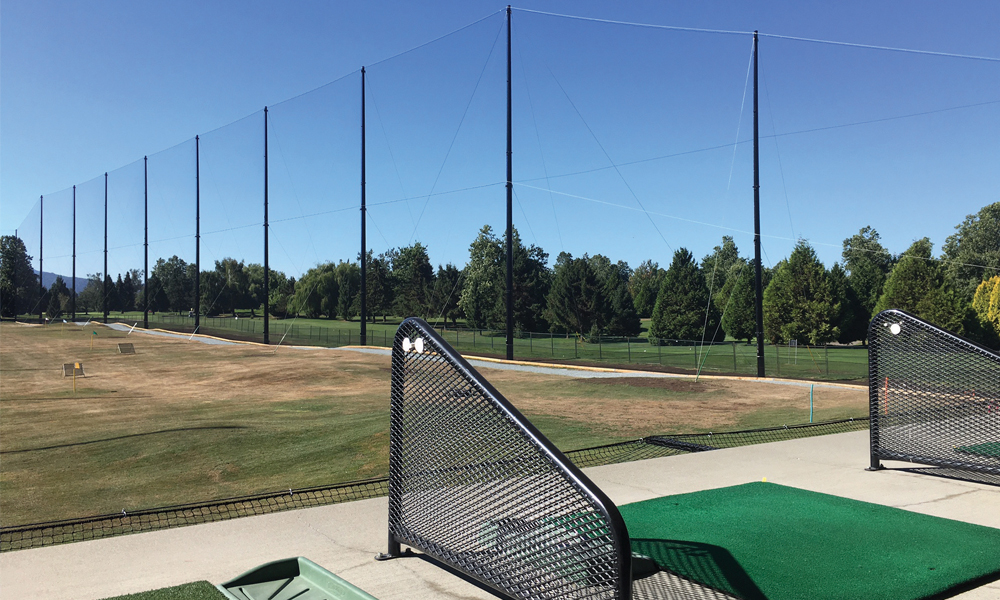 It’s a beautiful Saturday morning in mid-March and dozens of golfers are getting the rust off their game at the popular Golf Canada Calgary Centre driving range in Calgary, Alberta. Every second, or so, a loud “thwack!” reverberates throughout the facility. In an ideal world, all of those “thwacks” would signify a dead-solid-perfect shot. Every result would produce amazing distance, beautiful trajectory, and a ball flight as straight-as-an-arrow at the target. But, alas, the world isn’t perfect. People – especially golfers! – have faults. And, not surprisingly, there are plenty of “foul balls.” Enter a state-of-the-art netting system that offers protection and safety in the unpredictable, imperfect game we call “golf.”

Interestingly, directly to the golfers’ right at the Golf Canada driving range is the access road (where hundreds of vehicles pass by each day) and a large commercial landscape center. Without the netting system, which borders the entire right side of the range, hundreds of golf balls would be lost each day. And, no doubt, broken windshields and injuries would be a daily occurrence. Truth be told, without the netting, Golf Canada would not have a safe and viable business to operate. And rightly so. The city, the landscape center – and the general public! – would never accept or tolerate the danger and the risk.

Obviously, there are hundreds of golf courses and driving ranges in North America and throughout the world that are in a similar position. Install some sort of protective netting system…or don’t open the doors. In this age of litigation and liability, it’s a critical component for numerous golf operations where tight spaces, adjacent residential property, transportation corridors, and so on, enter into the equation.

However, as many courses have discovered, netting systems are not all created equal. Inferior materials and construction – including leaning poles, ripped netting, inadequate height, inability to withstand wind, and so on – have relegated many “protective” netting systems to unacceptable, poorly performing “eye sores.” 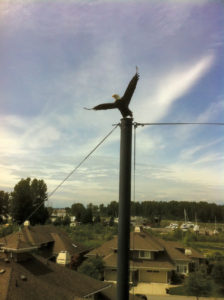 With over 20 years of experience in the sports netting industry (they also build and design netting products and systems for baseball, softball, soccer, and football), Netex has become one of the most trusted names in this niche industry. A few of their recent golf industry projects include a new driving range at the Metropolitan Golf Club in Australia, which will host the World Cup of Golf in 2018, Royal Melbourne GC, which is the only course to host the President’s Cup outside of the USA, and the Canterbury Golf Club in Cleveland, Ohio, which was founded in 1921. (The 100-foot netting system at the Golf Canada Calgary Center is also one of their projects.) Netex Sport Netting has also worked with Major League Baseball and is currently the official netting provider for the Korean Professional Baseball League. One of their MLB projects was for the Anaheim Angels at Anheuser-Busch Stadium.

Inspired by over six generations in the fishing industry (ask any fisherman about the importance of a good net!), Netex – thanks to founder and President, Mark Wilson with 40 years of net-building experience – has developed the most effective, most attractive netting system in the golf industry.

Based in Delta, British Columbia, Canada, Netex systems have been installed at golf courses and driving ranges throughout the world. They currently have projects in Canada, USA, Australia, Korea, and Taiwan. And the verdict is always the same: they’re durable, they perform exceptionally well, the installation is remarkably fast, and the cost savings, when compared to many other sports netting systems, can be substantial. And, another huge bonus, they are, from an aesthetic standpoint, the best in the business.

“Thanks to the strong, thin gauge, we’ve developed netting that is virtually invisible,” says President, Mark Wilson. “After I’ve completely finished an installation I’ve had an owner standing on the tee deck ask me ‘so when are you going to put up the netting?’ Our nets are second to none in all aspects, including performance and visual appearance. Or lack thereof.”
Netex Sport Netting has developed an ultra-high molecular weight polyethymene netting called “Dyneema.” “It is the lightest, most durable, moisture-resistant netting in the world,” says Wilson. “I’ve had all my nets tested in wind tunnels and they perform incredibly well under stress. And with Dyneema we don’t need as many poles on a project. A 300-yard driving range with Dyneema netting will only require 12 poles. However, that same range with regular netting will require 19 poles placed every 50 feet.” 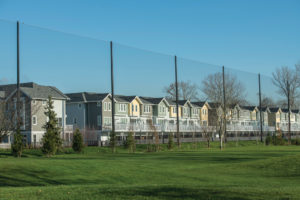 Obviously, this will reduce the overall cost of the installation. “Because of the reduced wind load on the Dyneema netting, we are able to have longer spans between poles,” says Wilson. “And less material, especially when it comes to the expensive poles, makes a major difference. The Netex Dyneema boasts 42% less wind-load than my nearest competitor. Basically, the more wind-load on a net the more likely it can cause the net to collapse during heavy wind storms.”

Without a doubt, the poles themselves can also play a key role in terms of the visual appeal and the quality of the finished product. And Netex has an exclusive business partnership with Valmont Poles, the largest producer of tapered steel poles in the world. The poles are galvanized on the interior and exterior as well as powder-coated over the galvanizing – a premier surface for harsh environments.

“From start to finish, our goal at Netex is to ensure every customer is completely satisfied with our service and the final product,” says Wilson, who oversees every facet of the operation. “Obviously, time is of the essence when we’re doing these installations. Golf course owners and managers are, rightfully, very concerned with the amount of time it takes to get a job done. I’m fully aware of this and have no issue working long hours and doing whatever it takes to get them back and running as soon as possible, often well before the stated completion date. As a business owner with over 20 years of experience, I take this very seriously and the courses I’ve worked for really appreciate this. Every day the business has to be closed can equate to thousands of dollars in lost revenue.”

Thankfully, given the ability – or lack thereof! – of the average golfer to hit the ball “dead-solid-perfect” with any level of consistency, Netex Sport Netting will have a viable business for years to come. Yes, until we all have robots hitting golf shots for us, a state-of-the-art Netex system can come in very handy.

There Will be NO Porta-Johns in Heaven
Mechanical Aspects of Golf: Ready, set, mow!
To Top