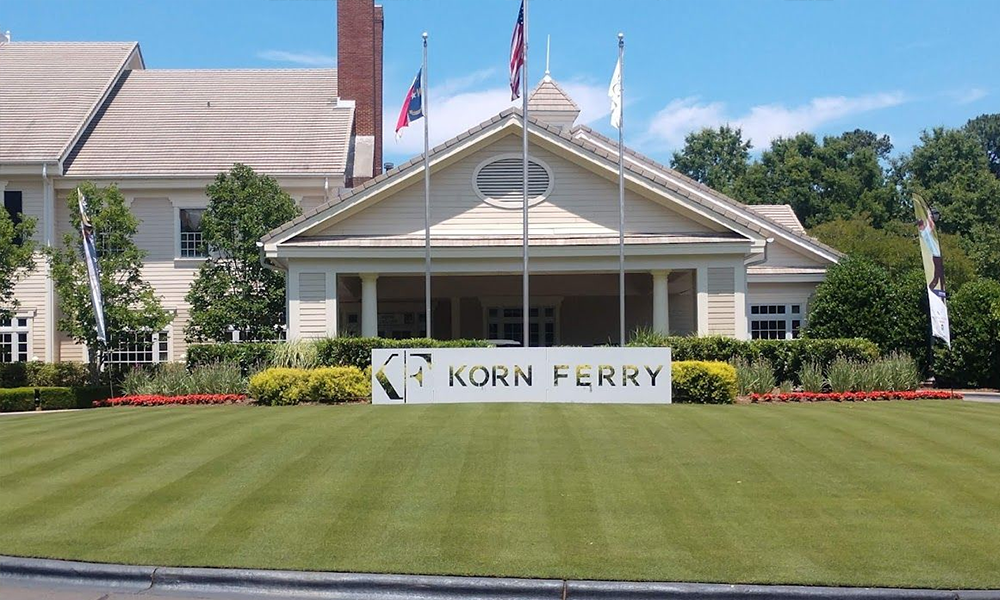 Opened in 2000, the course at the Country Club at Wakefield Plantation, in Raleigh, NC, has hosted the Korn Ferry Tour throughout its life – when this year’s REX Hospital Open is played at the course, between June 2-5, it will be the twenty-second time that Wakefield Plantation has played host to the Tour. But, as course superintendent Todd Lawrence explains, the players will see a very different course this year from last.

“The course has high flashed bunker faces, and every time we received a significant rain, they would wash out,” he says. “Over the years, the bunkers had gotten so contaminated and it got to a point where they would hold water so we would have to pump them out. We would have 15-20 bunkers holding water after a three-quarter inch rain.”

When Wakefield Plantation was built, at the turn of the century, bunker liner technology was in its infancy. “There was a polymer sprayed to a half-inch on the faces originally, but it didn’t really hold the sand up, and in time it broke down,” Lawrence explains. “In 2006-7, we did an in-house project to install a fabric liner, and that helped for a while, but over time it started to fail. We knew the bunkers needed to be rebuilt completely.”

Wakefield is run by the management company McConnell Golf. “Given the projects going on elsewhere in the company, we obviously had to plan very carefully as to when we could do the work, and for a while, we had this year in mind,” says Lawrence. “But that came to a head after last year’s tournament. We had over an inch of rain in two consecutive nights. Bunkers were washed out completely to the bottom both days and it took every person available to get them pushed up and ready for play – and even after play started we had some bunkers that were still holding water. The decision to rebuild was finalized quickly after the tournament!”

Lawrence and his colleagues from McConnell carefully evaluated the liner products on the market before settling on Capillary Bunkers. “The company had already used the product on a number of other projects, and it was working really well,” he says. “I like the fact that the concrete is a homogenous two-inch layer. Other products seemed to depend much more on the contractor to get the consistency and depth of the product right. With Capillary Bunkers, I knew that as long as it came out of the truck properly mixed, it would give me that solid two-inch layer.”

Wakefield is normally open year-round. The course closed the front nine in December 2021 to begin the renovation and then moved on to the back nine in early February. “We have four holes yet to finish and expect to be done in the next three weeks,” says Lawrence. “So far, the product has done everything we expected it to. We had rain last night and this morning the bunkers looked just as they did before the rain. Our members love it!”