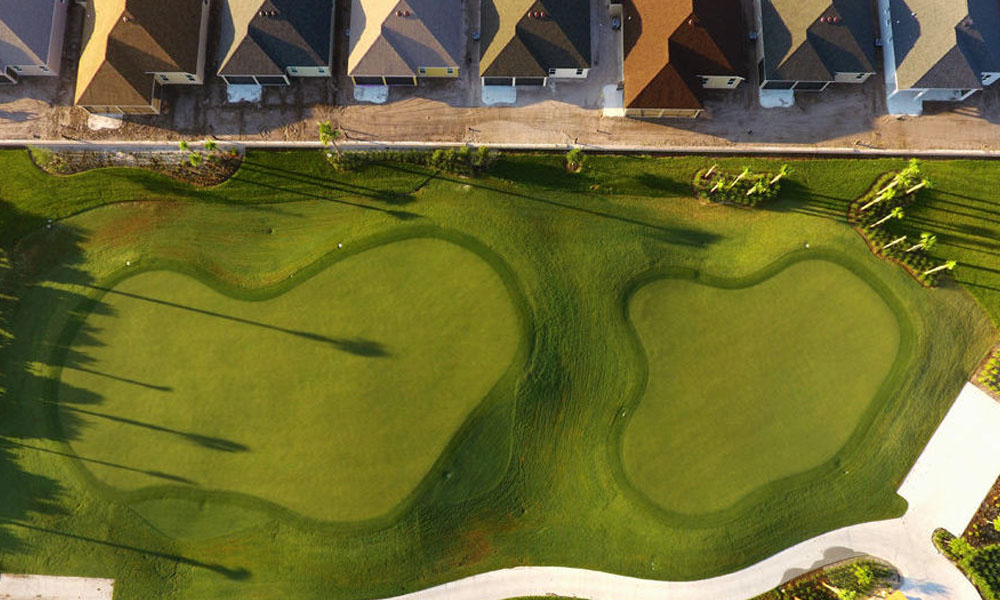 A fun, nine-hole executive course from Ken Ezell, ASGCA (CEC Golf Design Goup), is opening at The Villages of McClure in central Florida, northwest of Orlando.

“In that space we were able create a great short game area. It will allow people to hone their short game, but I think it’s going to be utilized for a variety of fun things,” Ezell said. “You can have putting tournaments or chipping tournaments.”

“I’ll make a statement that from the back tees, with Sunday pins and the way they can be tucked away on each one, I’m not sure anybody — tour pros or whoever — wouldn’t have a real challenge at shooting par,” Ezell said. “They have that unique flair and feel. But as you get to the middle tees and move forward — they are the fun tees to play.”

Players will not find many bunkers on the course, but what ones they do find will require some thought to maneuver around.

Ezell says the true test for players, however, will be the course’s undulating putting surfaces.

“The unique undulations and side slopes provide the different character. If you get in the wrong spot, you’ll have a tough time two-putting.”

The complete preview article can be seen here.