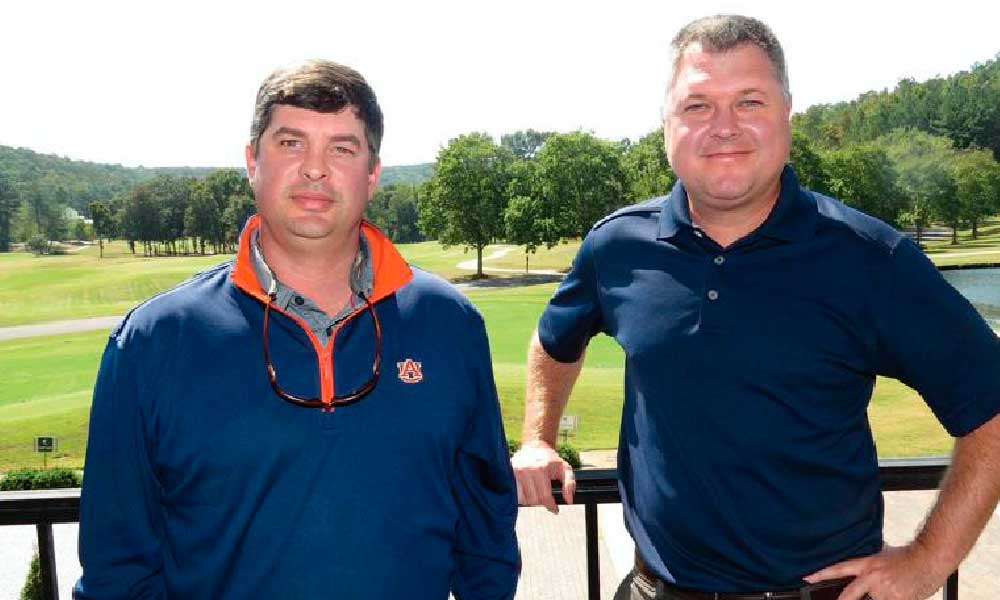 Cherokee Ridge Country Club has been without an on-site golf course superintendent for more than a year, but that changed in mid-August when Walker Bryant was brought on board.

“We’d been using the Band-Aid approach before,” said Barkley Martin, the club’s head pro and general manager. “Now we’ve got a doctor.

So is Bryant, an Auburn grad who left his first head superintendent’s position at Lakewood Golf and Country Club in Tullahoma, Tenn., to come to north Alabama.

“I’m excited because I see the potential,” Bryant said. “This can be one of the top courses in north Alabama.”

Bryant and Barkley agree the condition of the course right now is not great. It’s playable, but it isn’t the showcase it was back in its early days.

That can be corrected, Bryant said, but it will take some time.

“I see this as a tournament-caliber golf course but condition-wise, it’s not great,” he said. “It’s nothing that can’t be corrected and amended. It just takes some time.

Green Golf Management also runs the Auburn University Course and had been sending its superintendent to Cherokee Ridge every other week until Bryant was hired full-time.

Bryant has lofty goals for the course but the current drought has him eyeing Jan. 1 as his real starting point.

“We started late and with this weather, it’s now a matter of holding on to what we have,” he said. “Then we can implement my plan and my program.”

It’s a tough situation but not the toughest Bryant has faced in his young career. After stints as an assistant superintendent at places like Pinehurst (in North Caroline) and Sea Island (in Georgia), Bryant took off on his own to be superintendent at Lakewood in Tullahoma, Tenn., in late November of 2016.

The first week he was there, an EF-1 tornado roared across the Lakewood Golf and Country Club and Lake Tullahoma. Several hundred trees were uprooted and snapped.

“We were still clearing trees off the course 40 days later,” Bryant said.

But by the time he left, the course was in good shape.

“Some members told me it was the best shape the course had been in, in some time,” he said.

Bryant sees the same thing happening at Cherokee Ridge but he’s not bragging about it.

“This isn’t brain surgery,” he said. “I’ll just be following programs that are tried and true over the years that I’ve learned from some of the best superintendents in the country. If we do things right and follow the plan, we’ll see improvement.

“Everything is in place to be successful. We have a solid crew, fantastic equipment and plenty of resources available.

“The golf course itself has a fantastic layout and a beautiful design.

“It’s what drew me to the opportunity.”