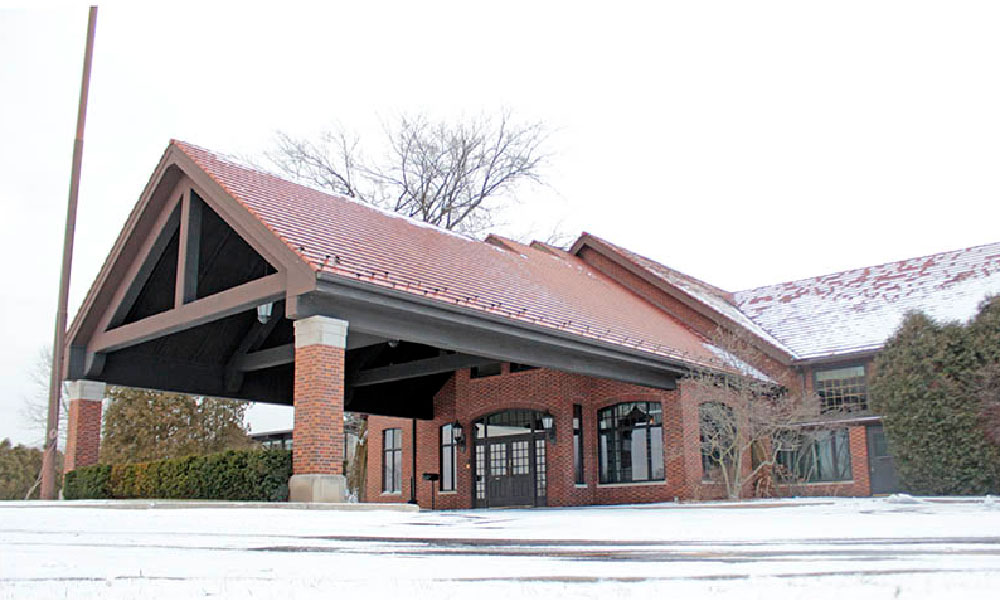 Flossmoor Country Club will become Flossmoor Golf Club following the completion of the sale to a private firm, which plans to open to golfers in March.

Flossmoor Country Club, an important cultural institution in the H-F area since 1899, is undergoing a change in ownership. Its links will reopen in March as the Flossmoor Golf Club.

It will continue as a private golf course and the new owners are beginning marketing efforts to attract members from around the Chicago area.
Since its earliest days, the historic private club along Western Avenue has been owned by its members. That is changing with the impending purchase of the club by 1899 Golf Group, a four-person partnership.
George Goich, one of the partners in the group, Monday told the H-F Chronicle that club members approved the sale of the golf course property last Dec. 7. This month, 1899 Golf Group secured the financial note that will give it ownership of the club and has already taken over business operations, he said.
The sale is not totally closed — for instance, the deed has not been transferred — but the most important legal and financial steps in the property transfer have been completed, Goich said.
Goich said the new owners want to reassure the community that they will be doing everything possible to bring a quality golfing experience to its members. He stressed that no additional development will take place at the course.
“We are going to preserve this golf club and maintain the integrity of our game,” he said. “We know that this is a historic golf club.”
He thanked Flossmoor Country Club (FCC) members who worked diligently to keep the club open during difficult financial times. Country clubs across the country were hit hard by the 2008 financial collapse, which led to declining revenues throughout the golf industry.
The country club is burdened by a large property tax bill and some members helped pay it out of their own pockets, he said.
“They need to be honored and appreciated for helping to sustain the club,” Goich said.
Flossmoor Country Club has never been annexed into the Village of Flossmoor. There are no plans to become part of the village under the new ownership.
There are also no plans to develop housing or any businesses on the golf course land, Goich said. The property is classified as a flood plain and the U.S. Army Corps of Engineers would never allow any development along Butterfield Creek, he said. The creek flows through FCC and also Idlewild and Olympia Fields country clubs.
“There’s no way this can be turned into housing development,” he said.
1899 Golf Group plans to attract golfers in the Chicago area, especially young professionals.
Flossmoor Golf Club “offers the best option” for people who want to play at a private course but do not want to pay the steep membership costs at clubs in the north or western suburbs, he said. Many of those clubs have memberships that cost $50,000 to $100,000 or may be closed to new members because of legacy considerations.
Also, it’s just easier to get to Flossmoor either by driving or on the Metra Electric Line. Traffic is “three times worse” to the north and west of the city but “you can make it down here in 30 to 35 minutes,” Goich said.
The golf club is looking for 250 primary members, he said. The new owners will start by seeking out FCC members who left in the last few years, some who departed when costs at the club became a problem.
Goich said Flossmoor Golf Club will ideally offer 80 to 100 rounds of golf a day and that members can expect to complete a round in around four hours.
“We will be golf-centric,” he said and there will be little emphasis on other amenities. Pool memberships will be sold and the clubhouse will be open for food and beverages during the course hours. There will be no banquet staff and the club will not host weddings.
Flossmoor Golf Club will reach out to businesses and let them know it’s a good place to bring clients. The club also plans to establish a youth golf program.
The club does not wish to be seen as a competitor to Olympia Fields, Idlewild or Ravisloe Country Club in Homewood, Goich said. Officials at Calumet Country Club, also in Homewood, last year announced plans to sell the property for development purposes.
1899 Golf Group’s plans to pursue ownership at FCC began last June, he said.
“We were informed that the club was going to be sold, become insolvent or undergo major financial difficulties,” he said.
Last summer, one of Goich’s partners played a round of golf with some of the FCC board members and said his group was interested in making an offer.
In October, country club officials said they were ready to move on a possible acquisition and Goich put together a lengthy plan on how the sale would work and his group’s plans for the club.
“I met with as many board members as I could,” he said.
By December, club members met to approve the sale.
When the golf club reopens in March, Goich will be on the premises every day. He describes himself as a 30-year PGA professional who has helped build three courses and has a wide variety of experience in the golf world.
One of his partners, he said, owns a steel and manufacturing company. Another owns a pharmaceutical manufacturing company. A third formerly owned a corporation and now works for a major engineering firm.
Goich said the country club’s website, www.flossmoorcc.org,  is being updated this week to include new information about memberships. Information is also available by calling the club at 708-798-4700.
Post Views: 2