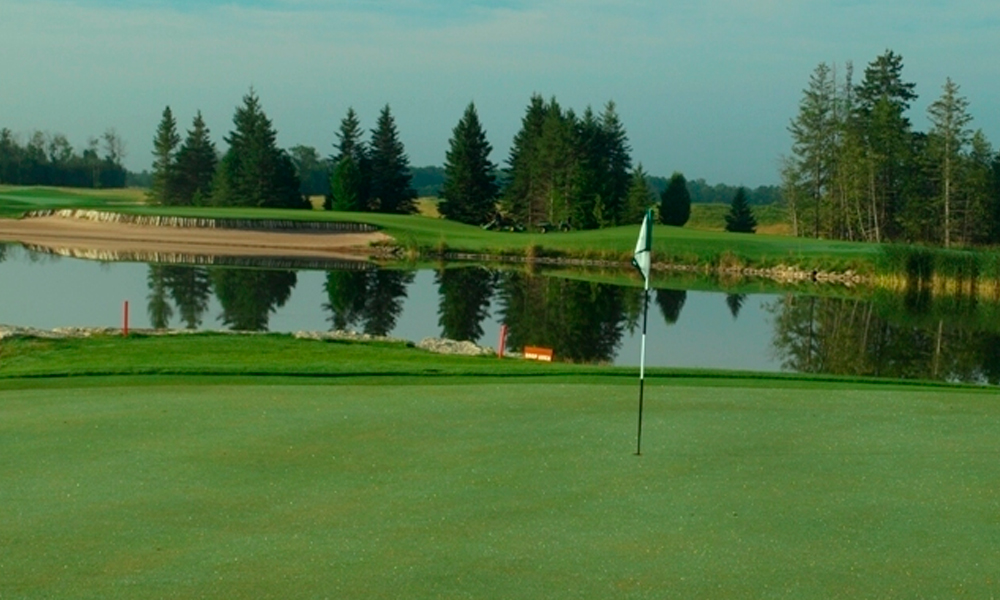 A second golf course is to open later this year at the Island Resort and Casino in Harris, Michigan.

GCA caught up with Albanese to discuss Sage Run’s highlights, and what golfers can expect.

“Being asked to design the second course at Island Resort and Casino is a great honour for us, as it speaks to the relationships we believe are the cornerstones of our relative success in this business,” he said. “Our approach on the second design for this client had similarities and differences from the first time around. Knowing the client, and they knowing us, we were able to expedite some of the learning curve that is typically involved with a new client.

This allowed us to focus more quickly on some of the details and smaller scale design attributes, which took us longer to get to on the first project.”

Albanese described the original site as “expansive and full of great natural features”, and deciding on what to incorporate into the final design was a tricky ask.

“We knew from the outset we would not be able to utilize and incorporate every cool feature on the site into the designs,” he explained. “It was like going into a great five-star restaurant and the hostess handing us a menu that is 50 pages long and everything looks delicious – which one to pick? It is really a nice problem to have. At the same time, unlike the restaurant analogy, we only get one chance at ensuring we pick the best parts of the site to use for the design. I think we did.”

One interesting feature of the Sage Run site is a large drumlin – a long, sloping ridge. Albanese said that this was used within the design to allow golfers to experience the landform throughout the round.

“We wanted golfers to be able to interact with the drumlin in different directions, North, South, East and West; climbing up, cascading down, diagonally, across the top, and along the bottom,” he said. “At the end of the round, golfers should really feel they got the flavor of this drumlin.”

With preparations now being made ahead of the course’s opening in late summer, Albanese says that golfers can expect Sage Run to deliver a “diversity of experience”.

“Every hole has its own unique flavor and character,” he adds. “In addition to the drumlin, the holes route through a pine scrub area, an open area, and a wooded part too. And, as an experience overall, this course will feel and play much differently to Sweetgrass. Golfers should expect to want to stay for a long weekend of golfing fun with all the golf there now.”